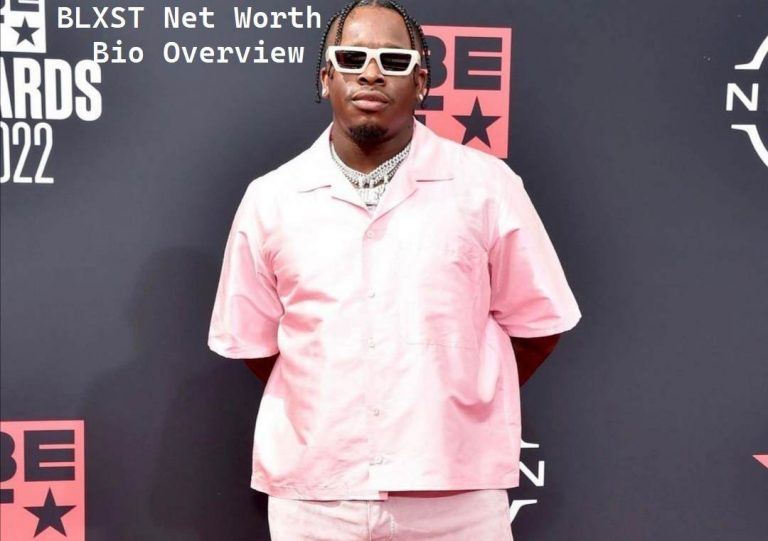 BLXST Net Worth and Salary: BLXST is an American rapper, singer-songwriter, and record producer from Los Angeles, California who has a net worth of $2 million as of 2023. His real name is Matthew Dean Burdette letter adopted the stage name of Blxst.

The rapper has made a name for himself by blending hip-hop with R&B – switching back and forth between the two genres more seamlessly than almost any other artist out there. Growing up in South Central, Los Angeles, Blxst relocated to California’s Inland Empire when he was still just a kid.

In this new place, he wound up devoting himself to music after becoming isolated in his new environment. He also developed skills in producing and recording music and then at the age of 17 he eventually started going to the studio. In 2014 BLXST produced Hitta J3’s single “Do Yo Gudda (Remix)”, which earned him well recognition in the music industry.

Later he established his own record label Evgle. On September 4, 2020, the label also collaborated with Red Bull Records to drop his debut EP called No Love Lost. The extended play features the hit single Chosen.

Blxst was born Matthew Dean Burdette on the 17th of September 1992 in South Central Los Angeles. During his early days in South Central, he wanted to become a professional basketball player in the NBA. Around that same time, Matthew eventually developed a passion for music.

It all started with his mother and sister spinning Lauryn Hill’s record at home and it was further encouraged by his uncle’s own passion for the art as a former rapper himself. While growing up Matthew was always surrounded by hip hop.

Before he could take his musical career more seriously, unfortunately, his family split up and he moved with his father to a different place in California which is known as the Inland Empire. There he picked up some new passions including skateboarding while attending Upland High School.

At that time he was feeling more and more isolated due to his father’s working long nights. So he then picked up his laptop and rediscovered his passion for music by teaching himself how to create beats at around the age of 16 years old.

Matthew says that he is heavily influenced by artists like Kanye West, Ryan Leslie, and Pharrell Williams.

Matthew eventually launched his music career in the underground LA rap scene with the collective called  TIU Muzic. He was invited to join this crew by one of his few friends from the IE a man named King who was one year older than Matthew.

After graduating high school King relocated to LA and started his crew with his sister before inviting Matthew to join the group. From that point forward, Matthew came back to LA and started recording in King’s studio.

In 2014, Blxst got an opportunity to produce Hitta J3 hit single Do Yo Gudda (Remix) ft Kendrick Lamar, Problem, and YG.

In the following year, Blxst launched Evgle 2015, his very own label through which he sells his own self-designed merch including t-shirts and hoodies. Around that same time, he began spreading his music via SoundCloud and steadily built up an organic online fan following. 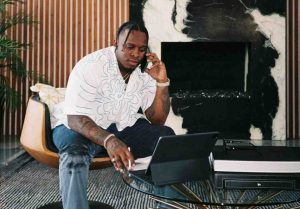 That was the time when Matthew came up with his stage name Blxst. In 2016 he released his first single Who Would’ve Thought under the new name. Over the next few years, he continued to improve his all-around skill set by producing singles for other artists as well as his own song title like “Can I”.

Soon enough Blxst was gaining a reputation for his lyrics and production style which led him to collab with Bino Rideaux with their 2019 mixtape called Sixtape.

After a breakout in 2020, the very next year Blxst collaborated with both Russ and Drakeo the Ruler, as well as released a sequel to his mixtape with Bino Rideaux titled Sixtape 2 on July 16.

Just two weeks after that mixtape was released, Blxst was named by XXL for their annual Freshman Class.

Blxst finally recorded his first full-length project called Before You Go. It was released on April 22, 2022, and then entered the Billboard 200 at number 90.

At that time Blxst got an offer from  Kendrick Lamar’s agent who requested that he and  Kendrick link up. The two teamed up for the single Die Hard which was featured in Kendrick’s album Mr. Morale & the Big Steppers.

As of 2023, BLXST Net Worth is estimated to be around $2 million. He is one of the rising music producers in the hip-hop game and he is all about expanding his name and brand even further.

He accumulated a lot of wealth from his successful career and owns several properties throughout the country. Blxst continued to build his musical legacy as a performing artist.

The main source of his income comes from the music industry such as collaborations with other artists, record sales, live shows, as well as his work as a music producer.

What is the age of BLXST?

Blxst was born on the 17th of September 1992 in South Central Los Angeles, he is 30 years old.

How much do the BLXST have in his account?

BLXST's Net Worth is currently $2 million.

How much do BLXST is making?

BLXST's yearly income is over $250 thousand.