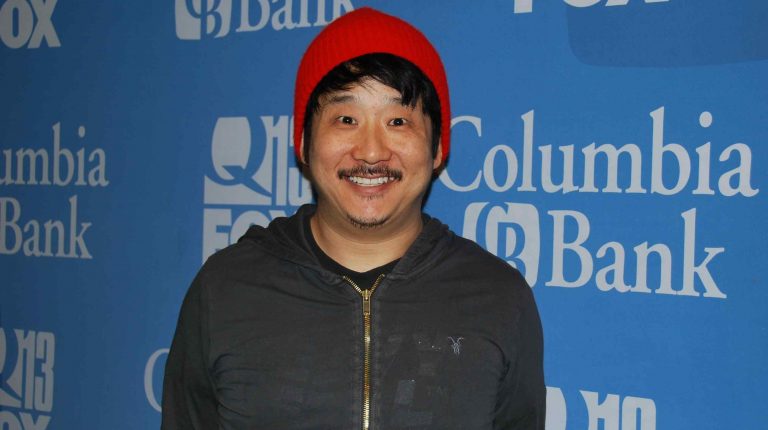 Bobby Lee Net Worth: Bobby Lee is an American actor, podcaster,  content creator, and comedian who has a net worth of $1 million US as of 2023. He is well recognized for being a member of “MADtv” in which he appeared from 2001 to 2008 and the actor gained a lot of fame for his outstanding performance in the show.

Bobby Lee then earned further recognition for playing the role of Kenneth Park in the comedy film  Harold & Kumar Go to White Castle in 2004. He first began his career as a comedian for the Comedy Story and then decided to serve on one of their amateur nights. After that, he established himself as one of the known personalities in the comedy industry.

His appearance in films earned him a lot of popularity including Harold & Kumar Go to White Castle, The Dictator, and Pineapple Express. From 2018 to 2019, Bobby Lee appeared alongside Oliver Hudson and Jenna Fisher in the popular sitcom Splitting Up Together, where he was the main cast as Arthur.

Bobby Lee was born Robert Young Lee Jr. on the 17th of September, 1972, in San Diego County, California. He is also known as The Slept King. He was raised by Korean American parents, mother Jeanie, and father Robert Lee.

Lee grew up in Poway, California alongside a younger brother named Steve who is a host of a podcast entitled “The Steebee Weebee” and a musician. His brother is also well known for his appearance on MADtv. His dad and mom used to run clothing stores which were located in Escondido and Encinitas, California.

Bobby Lee first attended Painted Rock Elementary School before enrolling at Twin Peaks Middle School. He then completed his high school graduation from Poway High School. While studying in high school, Bobby Lee was one of the breakdancing team members.

When he was 18 years old he decided to move out of his parent’s home and started going on jobs. In the beginning, he worked in several places including coffee shops and restaurants. Bobby also attended Palomar College but shortly after he dropped out of college.

After briefly working in different cafes, in 1994, Bobby got a chance to try stand-up in The Comedy Store while living in San Diego. He quickly amassed popularity and within a year he started getting offers from famous American comedians Pauly Shore and Carlos Mencia. He began working regularly at The Comedy Store in Los Angeles, and the comedy store was owned by Pauly’s mother Mitzi.

In one of Lee’s interviews, he stated that his parents wanted him to continue with the family clothing business than pursue his goal of becoming a successful entertainer.

At the beginning of his career, Lee’s parents were not agreed with his decision but the turning point of his career was when he appeared on The Tonight Show with Jay Leno. In this show, Bobby displayed his comedy skills for which his parents called him and apologized for not supporting his comedy profession.

After that, his younger brother Steve also followed in his footsteps of him, and later the entire family appeared in a sketch on the TV show. In early 2001, Bobby Lee got an opportunity to join the cast of MADtv in which he came up as the only Asian cast member. Lee managed to stay with the team until the series’ cancellation in 2009. Later in 2016, he came back to appear on MADtv.

In 2013, Bobby Lee was named to become the host of the 9th MusiCares MAP Fund Benefit Concert. He teamed up with his girlfriend, Khalyla Kuhn, and co-hosts the podcast called TigerBelly. Lee and Andrew Santino also became the co-hosts of the podcast named Bad Friends.

Bobby Lee made his film debut in The Underground Comedy Movie in 1999 in which he played the role of Chinese Man.

In addition, Lee featured in some music videos such as Eminem’s 2009 single “We Made You”, Wonder Girls’ “2 Different Tears”, Taio Cruz’s “Hangover”, and Jencarlos‘ “Dure Dure”.

When it comes to Bobby Lee’s girlfriend, he is in a good relationship with actress Khalyla Kuhn. The two first met back in 2016 and then began dating. They also appeared in various projects together such as Lee and Kuhn co-hosting the podcast TigerBelly.

Apart from having success in the industry, Bobby Lee also found himself in some trouble from an early age. He began doing methamphetamine and marijuana when he was just 12 years old, as a result, he saw himself in a serious addiction.

Lee then went for three drug-rehabilitation attempts and by the age of 17 he eventually gave up meth. After the 12 years of break, he again started taking drugs and at this time he got addicted to Vicodin. In August 2019 Lee’s father passed away so after that he left drugs. 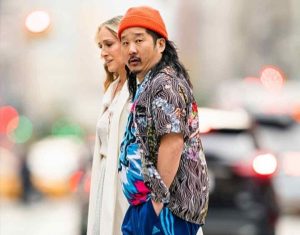 As of 2023, Bobby Lee Net Worth is estimated to be around $1 million. He is one of the known comedians in the industry and came to the limelight after being a cast member on MADtv. Some of Lee’s most popular movies are including, Pineapple Express (2008), Paul (2011), and The Dictator (2012).

Lee has managed to gain a lot of fans following after launching his own weekly podcast entitled ‘TigerBelly’ where he has over 700k subscribers. He has gathered over 154 million views on his YouTube channel.

He is also making money from brand endorsements and has done commercials for IBM back in 2005. Bobby Lee’s annual income is more than 400,000 dollars.

How much is the worth of Bobby Lee?

How much money does Bobby Lee make?

How old is Bobby Lee?

B. Simone’s Net Worth