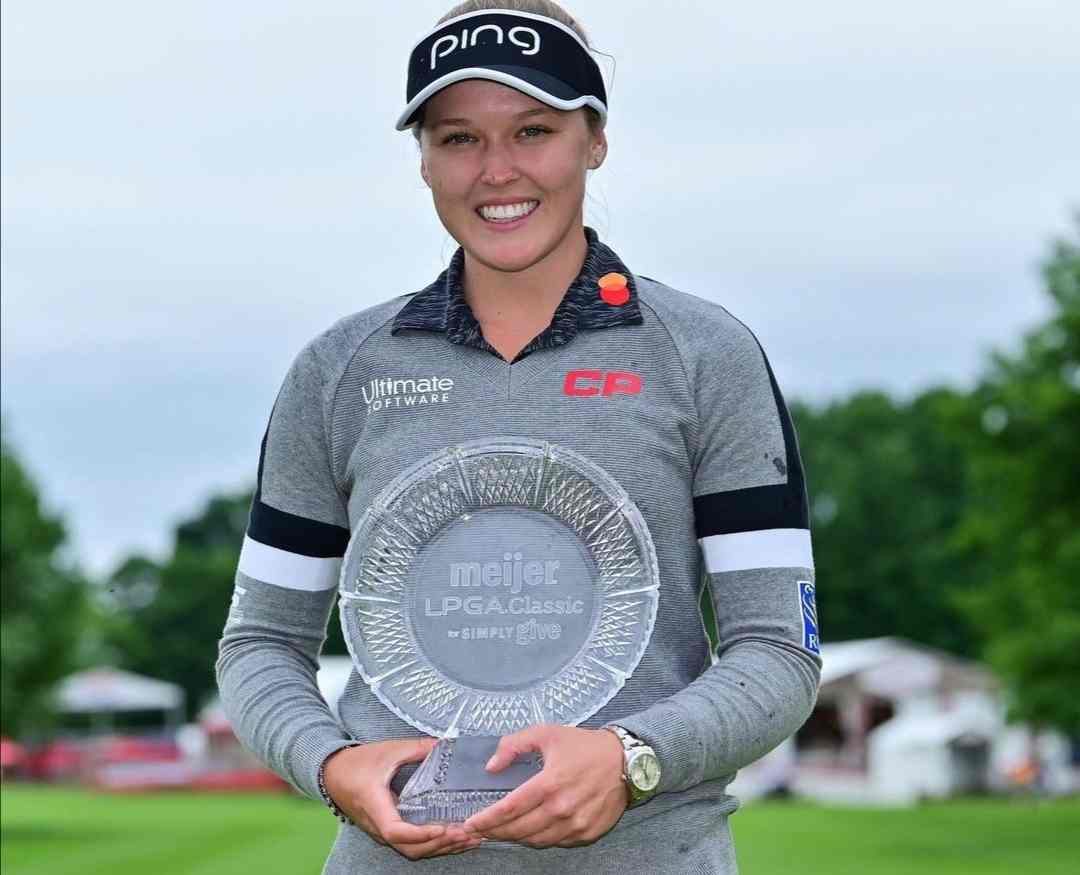 Brooke Henderson Net Worth and Income

Brooke Henderson is a well-known Canadian professional golfer from Ontario, who has a net worth of $12 million as of 2022. Brooke turned Pro back in 2014 and then joined the LPGA (Ladies Professional Golf Association) Tour in the year 2015.

Henderson earned several titles at an early age including 2015, 2017, and 2018’s Canadian Press female athlete of the year.

The turning point of her career came in 2016 when Henderson won her first major at the KPMG Women’s PGA Championship at the age of just 18. After winning that match she became the youngest winner of the event.

From that point forward she continued to compete in several other events and then at the 2020 ANA Inspiration, she finished 2nd. During that time Brook also participated in numerous other tournaments on the LPGA Tour and won the Cambia Portland Classic, and many others.

At the begging of 2022, Henderson found herself being ranked 10th in the world. Brooke Henderson rose to fame after winning her 2nd career major title triumph at the 2022 Evian Championship.

Henderson was born Brooke Mackenzie Henderson on the 10th of September 1997 in Smiths Falls, Lanark County, Ontario. She began playing golf from such an early age because the sport was always in her blood.

Henderson and her older sister Brittany began learning golf under the guidance of their parents as well as Brooke’s uncle Tom Henderson. Her uncle Tom is known for competing at the top amateur level in the Ottawa region for many years.

Her sister Brittany is seven years older than her and is now an Amateur Golfer and was a top junior and played golf in college as well. Growing up in Smiths Falls, Brooke attended Chimo Elementary School before graduating from the Smiths Falls District Collegiate Institute, in June of 2014.

Brooke was ready to pursue her further studies at the University of Florida but quickly changed her mind and became a pro instead.

While studying in high school, Brooke became the winner of the 2013 Canadian Women’s Amateur. In the following year, she became runner-up at the U.S. Women’s Amateur in 2014.

Brook won additional 3 events on the CN Canadian Women’s Tour during her amateur career. She was 16 years old when she competed in the U.S. Women’s Open where she finished tied for the 10th spot.

Before turning pro, Henderson would win several, amateur tournaments and became the top-ranked female amateur golfer around the globe. Her professional career started when she got an opportunity to play college scholarship golf in December of 2014.

In April 2015 Brooke competed at the LPGA Tour’s Swinging Skirts LPGA Classic where she fixed a tournament record with her 36-hole score.

She played the contest against the south of San Francisco at the Lake Merced Golf Club. She further broke Stacy Lewis’ previous record by three shots after her second round 65 (−7) gave her 135 in 2014.

Morgan Pressel was the runner-up and Lydia Ko was second, while Brooke finished 3rd. Through the Monday qualifiers, she had to compete in LPGA Tour games, at the age of 17, and rely on supporter exemptions, after her submission for an age disclaimer to play at the LPGA Tour Q School was rejected at the end of 2014.

After winning her first event as a professional, she joined a Symetra Tour card in June of 2015. In July Brooke tied for 5th at the U.S. Women’s Open with a last-event 66.

In August she was qualified for the Cambia Portland Classic in Oregon, and then Henderson became the event, third-youngest winner, after the game by 8 shots. Since Laurel Kean in 2000, she was named as the only second Monday qualifier to win an event.

On top of that Henderson also became the first Canadian to achieve that success on the LPGA Tour. From that point, forward LPGA granted her their Tour membership.

While competing at the 2016 KPMG Women’s PGA Championship, Henderson earned her 1st major title at Sahalee Country Club around Seattle.

She tied with top-ranked Lydia Ko, with the help of her final round 65, and then her played-off begin in which Henderson won with a birdie on the first hole. 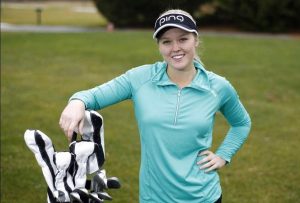 Brooke was just 18 years old when she won her major becoming the youngest to succeed as well as the 2nd-youngest in any women’s major, and the 1st Canadian to earn a major.

It was her first victory as a tour member and second tour triumph, both in the Pacific Northwest. That achievement led her from 4th to 2nd ranking worldwide.

She also got a chance to participate at the 2016 Summer Olympics in Rio de Janeiro in the women’s Olympic golf tournament, as a part of the Canadian Olympic Team where the team finished seventh.

After winning the Meijer LPGA Classic in June of 2017, Brooke’s won at the McKayson New Zealand Women’s Open becoming her 1st LPGA championship beyond North America in October of that year.

She made her 6th win on the LPGA Tour finishing after winning the Lotte Championship on the 14th of April.

After Jocelyne Bourassa in 1973, Henderson came up as the 1st Canadian in 45 years at the Wascana Country Club to win the Canadian Women’s Open in Regina, Saskatchewan on 26 August.

Henderson earned $150 thousand from the bonus pool bag after completing 2nd in the 2018 season-ending Race to the CME Globe. In the December of 2018, Brooke was rewarded as The Canadian Press Female Athlete of the Year for the 3rd term by Bobbie Rosenfeld Award.

Henderson came up as history’s first player in the LPGA record to start a major with 2 rounds of 64 or lower, after winning at the 2022 Evian Championship, becoming her second career major.

In 2017 Henderson started dating hockey player Neil Doef who is her childhood friend. The two even studied together at the same academy.

Brooke Henderson has a net worth of $12 million and a big portion of her income comes from brand endorsements. When comes to brand promotions for golf brands and even sports products Brooke is one of the lead choices for big companies.

As of 2022, Brooke Henderson Net Worth is estimated to be around $12 million. She is one of the most rising female golfers in the world and has won numerous titles throughout her successful career.

Henderson achieved so much at this young age and it seems in the upcoming years she will be on the list of wealthiest golf players. According to some reports, Brook earned about $8,452 806 from her successful LPGA Tour. Over the last couple of years, her earnings are growing regularly.

How much is the worth of Brooke Henderson?

How much money does Brooke Henderson make?

Brooke Henderson's per year income is more than $2 million.

What is the age of Brooke Henderson?

Brooke Mackenzie Henderson was born on the 10th of September 1997 in Smiths Falls, Lanark County, Ontario, she is 24 years old.