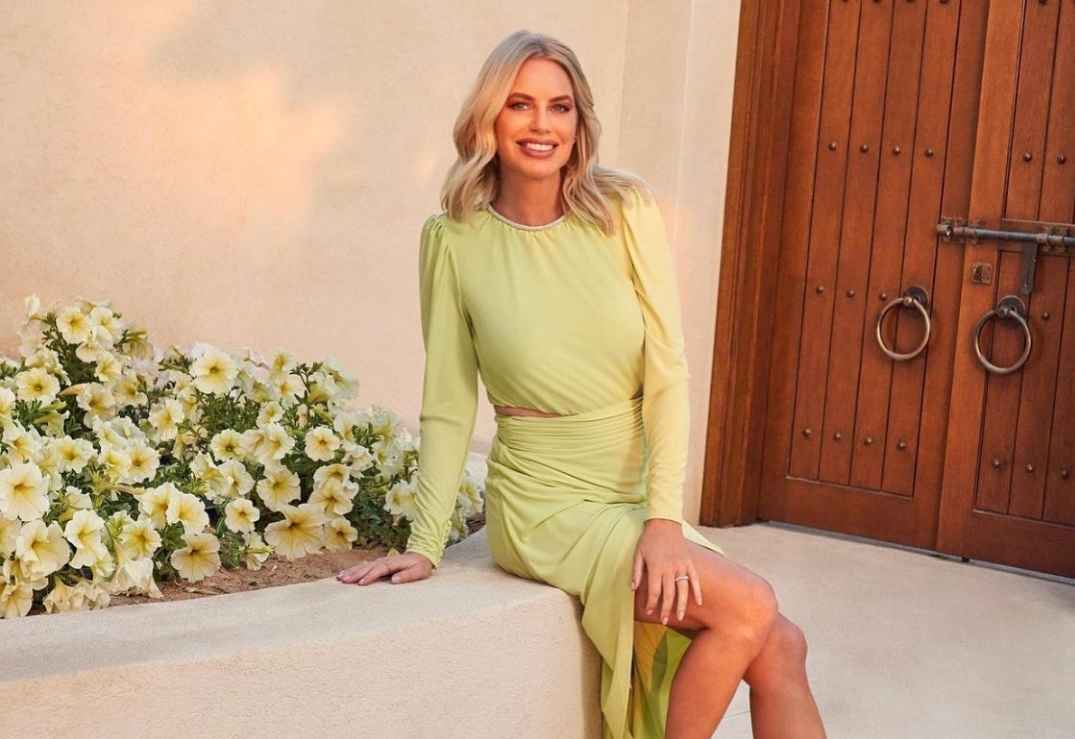 Caroline Stanbury Net Worth: Caroline Stanbury is a British reality TV personality, social media star, and businesswoman from London who has a net worth of $30 million US as of 2022. She is best known for being a part of the popular reality television series called Ladies of London in which she appeared as the main cast in 2014.

Caroline Stanbury has also gained popularity for her appearance as the main cast of the different shows including The Real Housewives of Dubai (RHODubai) in 2022, as well as the E! News Live back in 1996. Caroline has established herself as one of the lead television personalities and she earned an average of $10 thousand per episode salary from her appearance on the famous show titled Ladies of London.

Stanbury also made her cameo appearance in the hit reality TV show called Million Dollar Listing Los Angeles. Apart from her appearance on several shows, she is also a podcaster and a stylist.

Caroline started her career at an early age and quickly grabbed the attention of multiple fashion lines with whom she currently works as a Philanthropist and entrepreneur. She is the brand ambassador of the world’s most high-profile names as well as the founder of Black Sued Studio. In this post, we are going to discuss the total net worth of Caroline Stanbury her salary, income sources, career, biography, luxurious lifestyle, and a lot more.

Caroline Alice Stanbury-Habib was born on the 28th of April 1976 and was raised in London, by parents Anthony and Elizabeth Stanbury. Her father is known for being a venture capitalist and a former managing director of the famous fashion line named Jeager while her mom is the primary designer and the owner of a knitwear firm.

She grew up alongside three siblings namely Victoria, Edward, and Alexander. Caroline followed the footsteps of her parents and developed an interest in fashion and entertainment at an early age. She took full support from her family to start her career in the fashion industry. Upon her education, Caroline attended Westonbirt School in Gloucestershire where she graduated and then enrolled at King’s College London.

Stanbury started her career as a personal stylist which later led her to launch her own company named Gift Library, back in 2008. The business offers jewelry, premium treats, and luxury retail items. Before creating this firm she used to work in public relations for London’s social elite.

Her business expanded in 2013 when Caroline bought a Londen-based wedding list provider, The Wedding Shop. At that time Caroline has already established herself as an influencer and brand ambassador for multiple companies. She also started getting offers to work with them and Caroline served with businesses such as Berkeley Assets, Al Barari, and CosmeSurge.

The turning point of her career came in 2014 when Caroline Stanbury was offered to become the cast of the Bravo reality TV show Ladies of London followed the lives of the 7 most famous celebrities London Ladies. She appeared in all three seasons from 2007 to 2017 and came up as a beloved character on the reality show.

After the Ladies of London series was canceled in 2017, Caroline still appeared in some other television shows but she didn’t have any regular TV series until late 2021. During that time she made her appearances on different projects such as Face to Face with David Watch What Happens, and This Morning. Caroline decided to start her own podcast called Divorced Not Dead in 2020 and it later became Apple’s positively rated podcast.

Her primary purpose is to showcase how empowered ladies do things in a new atmosphere such as Dubai, UAE. This is part of the cause why reality TV lovers were excited to see Caroline when RHODubai aired in 2022.

On top of that Caroline also starred in multiple television series including Stay Home With Chris Fade, Watch What Happens Live with Andy Cohen, E! News Live, and many more. 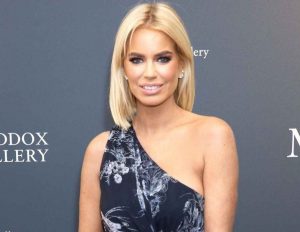 Caroline Stanbury had been in a relationship with many high-profile stars throughout her life, such as Prince Andrew and the British actor Hugh Grant. Caroline Stanbury and financier Cem Habib started dating and they got married in 2004. They had three children together namely Yasmine Habib, Aaron Habib, and Zac Habib. In 2019 Caroline and Cem decided to part ways and got divorced due to some personal issues.

Moreover, Sergio has a net worth of $5 million and is the owner of a wealth management company named Venture, while Caroline garnered a whopping $30 million net worth. Their lavish marriage ceremony was held at Raffles The Palm Dubai.

As of 2022 Caroline Stanbury Net Worth is estimated to be around $30 million. She is one of the most prominent television personalities in the country and she has managed to amass a good fortune from her successful career. The majority of her income comes from international brands as well as her own businesses.

Her firm called “Gift Company” became one of the lead and very beloved brands among the celebrities. Caroline established herself as one of the wealthiest cast members of The Real House Wives of Dubai. As we mentioned before Stanbury was paid $10,000 every episode for the popular series Ladies of London.

According to some reports, Caroline Stanbury’s annual income is over $5 million as well as her net worth, and businesses are expanding regularly. Further, the talented businesswomen also garnered almost 600k followers on Instagram. Caroline Stanbury is currently living a luxurious lifestyle in a lavish house located in one of the posh areas in Dubai, United Arab Emirates.

How old is Caroline Stanbury?

Caroline Alice Stanbury-Habib was born on the 28th of April 1976 in London, she is 46 years old.

How much does Caroline Stanbury make?

Caroline Stanbury’s per year income is around $5 million.

How much does Caroline Stanbury have in her bank account?

Caroline Stanbury Net Worth is currently $30 Million US.