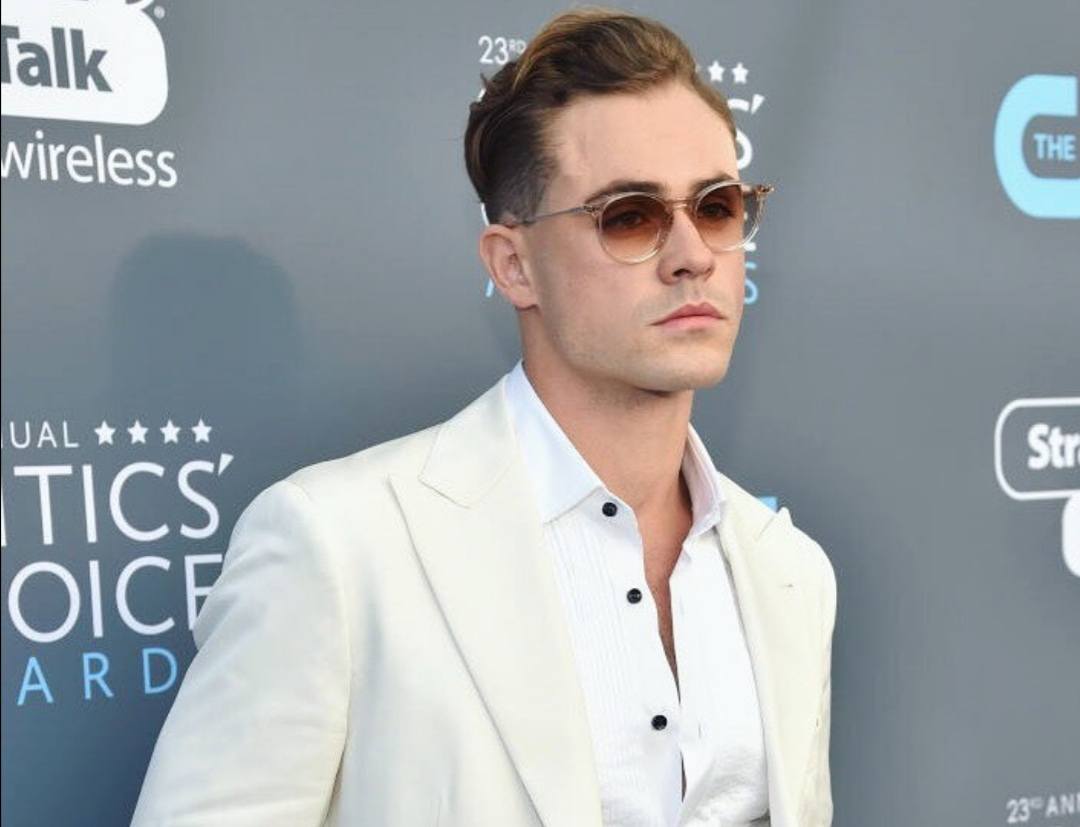 Dacre Montgomery Net Worth and Income:

In 2017 Dacre rose to fame after he got the role of scary step-brother Billy Hargrove in the popular Netflix series Stranger Things.

Not only did he just appear in the Elvis biopic alongside Austin Butler and Tom Hanks, but he’s just kicking off his Hollywood career by the looks of it. Apart from acting, Dacre also launched his own podcast DKMH in 2019 which is all about his own poetry.

Montgomery also gained recognition for his role as Jason Lee Scott in the 2017 superhero film titled Power Rangers. His outstanding performances in these two series earned him several award nominations and fame in the entertainment industry.

Dacre Kayd Montgomery was born in Perth Western, Australia, on the 22nd of November, 1994. His mother Judith Barrett-Lennard is Canadian while his father Scott Montgomery-Harvey is from New Zealand. Montgomery grew up with his sister Saskia who is over a decade younger than him.

Both of his parents worked in the Canadian film industry so he developed an interest in acting from an early age. Dacre also spent many hours on film sets as a child. When Dacre was just 9 years old he began to perform on screen and in the theater, so he started quite young.

However, when it came to other experiences in school as a child, he had admitted in the past he didn’t have any friends and even didn’t play any sports, and that he was bullied a lot as a fat kid.

Dacre went to Mount Lawley Senior High School and when he reached Year 12, classmates voted for him as the most likely student to become a Hollywood star in the yearbook. Dacre continued his studies in dramatic arts throughout secondary school.

In 2015 he was accepted into the Western Australian Academy of Performing Arts at Edith Cowan University where he completes his acting degree. Dacre was fired from his job when he was 18 years old and told to leave the drama school.

Montgomery spent most of his youth acting in whatever small parts he could get throughout Australia but it took him a while before he moved into television and movies.

Dacre’s first on-screen role was in 2010 when he starred as Fred in the short Betrand the Terrible. A year later this was followed by an appearance in the Pilot for a TV show that never made it titled Family Tree.

He went off the radar for the following few years returning to his University commitments once he graduated in 2015, he moved to full-fledged auditioning. In that same year, Dacre was featured in the music video by the Australian group known as Make Them Suffer in the song called Old Souls.

He did some more music appearances a bit later including the song Chateau by Australian music duo Angus & Julia Stone. Also in 2015, Dacre was in the short film called Godot’s Clinic.

In the next couple of years, he was part of two independent movies like Safe Neighbourhood and A Few Less Men which was the sequel to the Australian comedy of A Few Best Men.

The year 2017 was the biggest year for Dacre and that year brought some major projects for him. He landed one of the lead roles in the film remake of the hit kid show called Power Rangers.

He starred as Jason Scott also known as the red ranger and leader of the Power Ranger. His performance earned him a Teen Choice Award nomination.

Also in 2017, the biggest breakthrough moment of his career came when he joined the cast of the popular Netflix series Stranger Things for season 2 as Billy Hargrove. Dacre made a strong impression with his portrayal of Billy in Stranger Things (the trouble and at times abusive older stepbrother of Max).

The second season of Stranger Things gained even more popularity as well as critics’ and users’ ratings as compared to the first season. The entire cast of well praised and earned several accolades for their immense performances.

Dacre also did a lot of research in order to portray Billy in the series, especially when he returned in season 3 as a different persona altogether. His skills made Billy a memorable character but sadly he met his end after season 3.

Despite that billy returned for a guest role in season 4 as well. Dacre and the entire cast of Stranger Things received Screen Actors Guild Award nomination in the category of Outstanding Performance by an Ensemble in a Drama Series.

Prior to this, in 2016 Dacre became the cast of the Australian–American psychological horror movie Better Watch Out in which he played the lead role of Jeremy and gained a lot of appreciation. However, this movie didn’t receive success at the box office.

In 2020, Dacre starred in the romantic comedy movie The Broken Hearts Gallery with a leading role as Nick Danielson. This rom-com was executive produced by none other than Salena Gomez.

It followed a 20-something woman in New York City who gets dumped by her latest boyfriend and then creates an art gallery to display items from people’s past relationships.

In 2019 Dacre started a new hobby and released his own podcast titled DKMH which featured his own poetry. In the description of his podcast, he says that he spent 2 years compiling his own poetry and getting wonderfully talented musicians to help him bring it to life.

As of 2022, Dacre Montgomery Net Worth is estimated to be around $2 million. It seems like it’s only just the beginning for this versatile young actor. He is one of the rising stars in the Australian film and television industry and it looks like in the upcoming years he will be on the list of top celebrities.

The majority of his income comes from his acting projects such as films, television series, shows, his own podcast, as well as brand endorsements. Montgomery came to success after being cast in the reboot of the Power Rangers in which he played Red Ranger.

The turning point of his career was when the popular series Stranger Things announced that Dacre Montgomery would the cast member of the second season of the show. Dacre began playing the role of Billy in this science fiction-horror web series in which his per episode salary was about $150,000.

After appearing on that show, he became a Hollywood star and continued to get offers from many acting projects. The actor has accumulated a good sum of money from his performance on Stranger Things and since being the cast, his net worth of grown regularly.

How much is the worth of Dacre Montgomery?

How much money does Dacre Montgomery make?

Dacre Montgomery is making is more than $300 thousand annually.

What is the age of Dacre Montgomery?

Dacre Kayd Montgomery was born in Perth Western, Australia, on the 22nd of November, 1994, he is 27 years old.