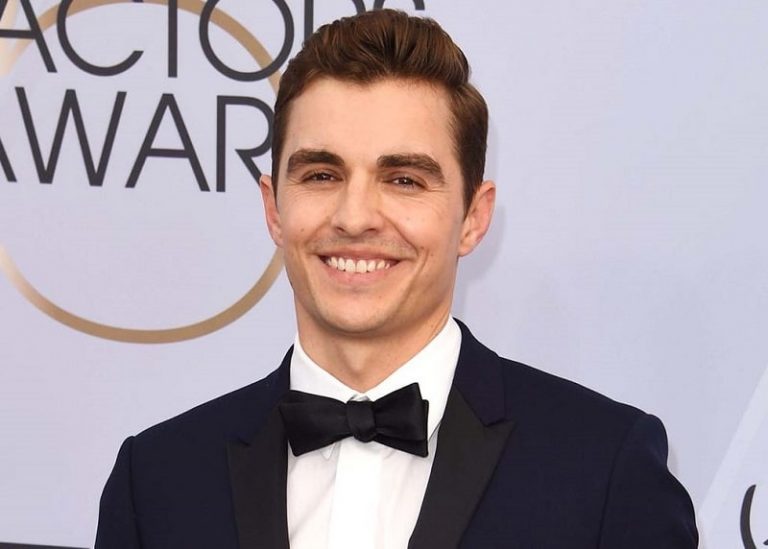 Dave Franco Net Worth and Salary: Dave Franco is an American actor and a film producer from Palo Alto, California, who has a net worth of $10 million. Dave started his acting career in the year 2006 and started getting small roles in movies including Superbad and Charlie St. Cloud.

Franco rose to fame after he began playing the starring role of Cole Aaronson in the ninth season of the television series Scrubs in which he appeared from 2009 to 2010. The actor made a name for himself in the entertainment business after he got the supporting role in Jump Street (2012), a buddy comedy film.

His performance in the film was well praised and since then Dave appeared in some big-budget movies including Now You See Me, Neighbors, and Now You See Me 2.

Beyond his work as an actor, Dave made his directorial debut with the horror thriller movie The Rental in 2020. He starred in a number of web series as well such as You’re So Hot, You’re So Hot: Part Deux, Dream Girl, and many more. In these web series, Dave also showed his writing skills.

David John Franco was born in Palo Alto, California, on the 12th of June 1985, to father Doug Franco and mother Betsy. His father was a head of a Silicon Valley company while his mother is known for being a poet, editor, and author.

Both of his parents studied at Stanford University and there the couple met for the first time. Dave is the youngest of three children and grew up in California with brothers Tom and James Franco.

He has Russian Jewish ancestry on his mother’s side and is of Portuguese and Swedish descent on his father’s side. His parent’s surname was Verovitz which they later switched to Verne.

In the year 2003 Dave graduated from Palo Alto High School and then wanted to become a creative writing teacher in the high school. In order to pursue his dreams, Franco enrolled at the University of Southern California. He took his writing inspirations and abilities from his mother who was a poet and writer.

Around that same time, Franco’s older brother James started his acting career and encouraged him to start a career in the entertainment industry. Dave eventually followed the footsteps of his brother James and joined the theater class during his 2nd year of school. He quickly developed an interest in acting and started pursuing his goals.

In 2006 Dave’s acting career started when he made his TV debut appearing in the family drama series 7th Heaven in which he played the role of Benjamin Bainsworth in an episode entitled “Highway to Cell.”

Dave gained a lot of praise for his outstanding performance on the CW teen drama Privileged in 2008. He had a recurring role in the series but the series had low ratings and as a result, it was canceled shortly after.

The popular Network NextMovie.com included him on their list of one of the “Breakout Stars to Watch For” of 2011. That year Franco appeared alongside Colin Farrell and Toni Collette in the comedy horror film Fright Night in which he had the role of Marck.

Nex year, Dave again came to popularity with his role of Eric Molson in the action comedy movie 21 Jump Street. He starred in the film alongside big names like Ice Cube, Jonah Hill, and Channing Tatum. Apart from earning success with his role, the film also became a commercial hit grossing $201 million globally at the box office.

Following the success, Dave became a cast of the 2013 zombie romance movie Warm Bodies which was based on Isaac Marion’s novel of the same title. Franco appeared in the film alongside Teresa Palmer and actor Nicholas Hoult.

Dave got a chance to work with the likes of Mark Ruffalo, Jesse Eisenberg, Woody Harrelson, Michael Caine, Mélanie Laurent, Morgan Freeman, and Isla Fisher, in the heist thriller movie Now You See Me which was released in 2013.

His role as Jack Wilder in the film was well praised. Not the mention film was a commercial success earning $351.7 million worldwide and was made on a budget of only $75 million. However, the film didn’t receive any good reviews.

The success of the film Now You See Me led the cast to appear in its sequel called Now You See Me 2 which was released later in 2016. The new appearance for the film came from actors Jay Chou, Daniel Radcliffe, and Lizzy Caplan. The film again became a commercial hit making over $334 million worldwide and earning mixed critical reviews.

2014 became the big year for Franco in which he appeared another commercial hit comedy movie Neighbors in the role of Pete Regazolli. This time he appeared alongside Zac Efron, Seth Rogen, Christopher Mintz-Plasse, and Rose Byrne, and the film grossed $270 million globally.

Neighbors 2: Sorority Rising was the sequel of that film in which Dave reprised his role and it was released in 2016. Like the first part, that sequel also earned success grossing over $108 million worldwide and was filmed on a low budget of $35 million.

Dave played Mike Pancake alongside Tom Winkinson and Vince Vaughn in the 2015 comedy film Unfinished Business. He followed this up with his role in Neighbors 2: Sorority Rising, Now You See Me 2, and Nerve, all of which were released in 2016.

In 2017, Franco starred in the black comedy movie The Little Hours which earned praise from critics as well as favorably positive reviews. That same year Dave starred alongside his brother James in the biographical comedy film The Disaster Artist. His older brother James also worked as a producer and director for the film.

Next year Dave was part of the Netflix addiction film 6 Balloons in which he played Seth, followed by his appearance as Levy in the romantic film If Beale Street Could Talk directed by Berry Jenkin. In 2019 Franco starred in two movies including his brother James’ comedy Zeroville and Michael Bay’s Netflix thriller 6 Underground.

After France made his film debut in the 2006 movie Frat Bros, he continued to make his appearances in films such as Superbad and After S#x both of which were released in 2007.

His role led him to appear in a couple of more television shows including Do Not Disturb (2008) and Greek (2008).  Franco played Zachary in 5 episodes of the comedy series Privileged between 2008 and 2009.

The turning point of his career came in 2009 when Franco was announced to play the starring role of Cole Aaronson in the 9th season of the hit ABC sitcom titled Scrubs. His role as the medical student Cole Aaronson in the series led him to win numerous accolades as well as received positive praise.

However, the actor was earning so much success but the ninth season came to end and it was the final season. But the popularity he gained from his role helped him to get more big offers from high-profile producers and directors.

In 2011 and 2012 Franco voiced the character of Edward Nigma / Riddler in the superhero animated series Young Justice’s episodes titled Terrors and Usual Suspect.

In 2018 Dave worked on an episode of the animated television series Little Big Awesome. He played main roles in the 2021 comedy series The Now and then the 2022 Apple TV+ mystery comedy The Afterparty.

In 2020, Franco made his debut as a director with  The Rental a horror thriller movie from which he co-wrote alongside film director Joe Swanberg.

For the film, the appearances came from actors Jeremy Allen White, Sheila Vand, Alison Brie, and Dan Stevens, and the movie was scheduled for release in July of that year.

Not to mention, Franco became the cast member of the Marvel video game called Marvel Avengers Academy for which he provided vocals for the popular character of Tony Stark.

In 2015 Dave’s performance in Neighbors led him to win the MTV Movie & TV Awards in the category of Best On-Screen Duo (shared with Zac Efron). He also received Independent Spirit Award nomination for the film Zola.

In January 2008 Franco started dating A Fuchsia Elephant’s co-star Dianna Agron. The couple started dating when they first met on the set of the film. However, their relationship didn’t last long and the two broke up in May 2009.

Dave Franco and actress Alison Brie started dating after the two first met in May of 2012. After dating for almost three years the two engaged in August 2015. Their private marriage ceremony was held on the 13th of March 2017.

As of 2022, Dave Franco Net Worth is estimated to be around $10 million. He is one of the well-known actors in the American entertainment industry and has garnered a good sum from his successful career.

The actor has gained worldwide recognition for his immense performance in the 13 episodes of the famous ninth and the last season of the medical comedy series titled Scrubs.

The major source of his income comes from acting in films, and television series, as well as brand endorsements and TV commercials. Franco was featured alongside actor Kevin Hart in the commercial for EA Games’ Madden NFL 15.

How much is the worth of Dave Franco?

How much money does Dave Franco make?

Dave Franco is making more than $1 million in a year.

What is the age of Dave Franco?