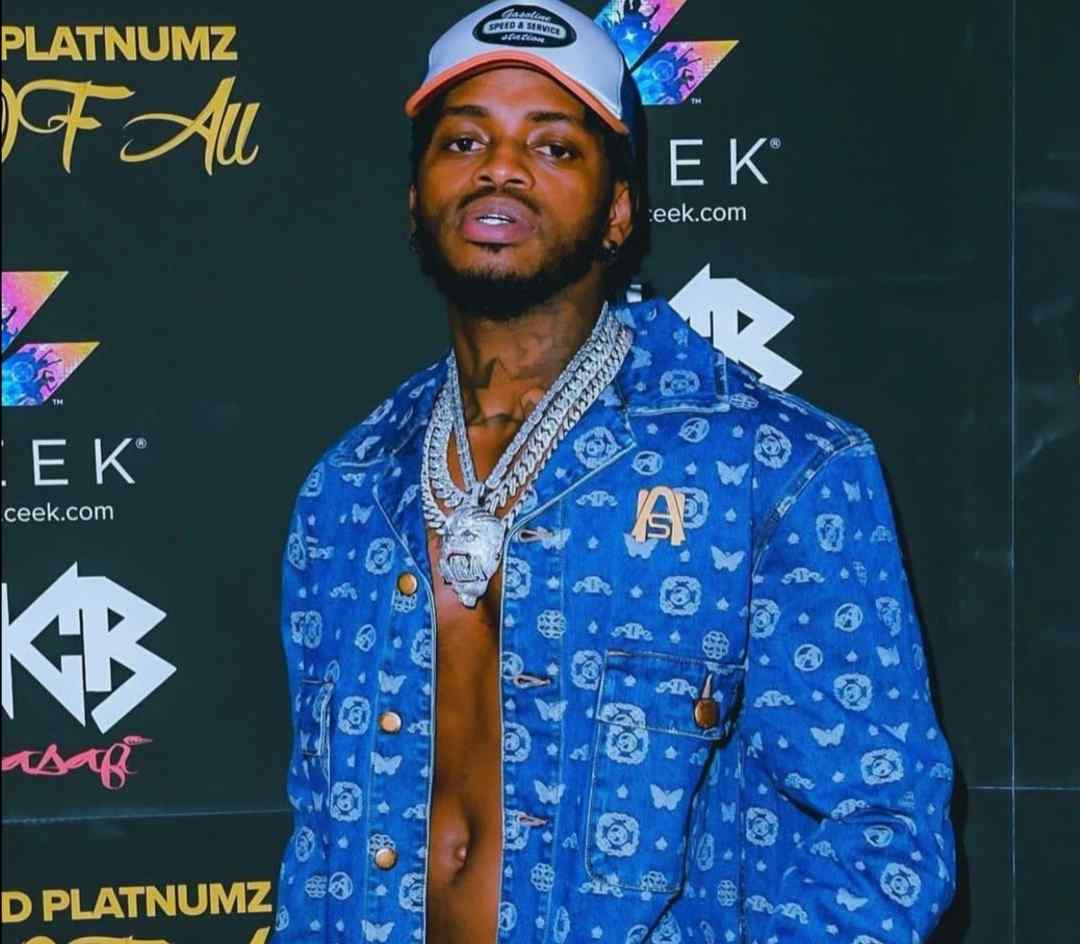 Diamond Platnumz Net Worth: Diamond Platnumz is a Tanzanian recording artist, dancer, actor, philanthropist, and businessman who has a net worth of $10 million as of 2022. He is worldwide known and one of the most recognized musical artists in Central and East Africa.

Platnumz is a successful celebrity who is the CEO and the founder of several popular labels, including, Wasafi Media, Wasafi Bet, and Wasafi Classic Baby record label.

He has released numerous hit music throughout his career for which he won several awards and accolades, becoming the first artist in Africa to amass a total of 1 billion views on his YouTube channel.

Platnumz quickly grabbed the attention of labels and eventually signed a deal with Universal Music in 2017. Under the deal, he dropped his third studio album titled A Boy from Tandale in the following year. In this post, you will get all the information about the total net worth of Diamond Platnumz, salary, income sources, career, biography, relationships, and a lot more.

Diamond Platnumz was born on the 2nd of October 1989, in Tandale, Dar es Salaam, Tanzania to parents Salum Iddi Nyange and Sanura Kassim aka Sandra. His real name is Nasibu Abdul Juma Issack, better known by his celebrated name Diamond Platnumz. He grew up alongside two sisters, Queen Darleen musician, and Esma Platnumz who is pursuing her career as an entrepreneur.

Diamond’s mother Sandra stated in one of her 2021 interviews that his biological dad was a man named Salum Iddi Nyange as opposed to Mzee Abdul Naseeb Juma who had been officially known as being the father of a musician until then. Platnumz’s mom was pregnant with him when she met Mzee and he had decided to take the responsibilities of the son with Sandra. However, when Diamond was a toddler his father Mzee left the family.

After that, he was raised by her mother. Platnumz faced a lot of financial problems while growing up so he started selling clothes by the age of 17 around 2006. At the same time, he discovered his passion for music and with a little bit of money, Diamond began recording music. He released his first single, Toka Mwanzo which was R&B-influenced but the song failed commercially and didn’t earn him any recognition.

As a recording artist, the biggest breakthrough moment of Diamond’s career came in 2010 when his hit track Kamwambiewhen viral and won three Tanzania Music Awards. Following the success of the single, Diamond released his debut studio album with the same title Kamwambie and the featuring appearance came from artists such as Chid Benz, Hemedy PHD, Rj the Dj, and Hawa.

In 2012, the singer dropped his second studio album entitled Lala Salama. After the two years of break, Dimoans Platnumz earned worldwide recognition when he received a BET Award nomination for Best International Act: Africa. Later in 2016, he earned another BET Award nomination.

Until 2017, his success was enough to sign a record deal with Universal Music, with whom Diamond released his third studio album, (An afro-pop album) entitled A Boy from Tandale, in 2018. For the album, the featuring appearance came from US artists, Ne-Yo, Omarion, and Morgan Heritage, among others.

The project also features some African musicians such as Jah Prayzah, Rayvanny, Tiwa Savage, and Vanessa Mdee. Diamond Platnumz’s fourth studio album, First Of All, was released in 2022.

Apart from releasing his own music, Diamond Platnumz has teamed up with numerous other artists throughout his career. He has often collaborated with Kenny a videographer Director, for his music videos.

At the 2021 All Africa Music Awards, the music video of the song Waah was nominated for “Best African Video” and it was directed by Kenny. Diamond collaborated with artists like Adekunle Gold, Focalistic, Zuchu, and some other high-profile African artists to release his 10 tracks EP in 2022.

Platnumz made his appearance as a featuring artist in numerous songs in his music career. He was featured in Patoranking’s 2017 single Love you Die.

In 2019 he made his featuring appearance in four tracks including, Stanley Enow’s My Way Remix, Ya Levis’s Penzi, and Innoss’B tracks Yope, Wawa Salegy’s, and Moto. In 2020, he again earned mainstream success with his highest-profile collaboration for Alicia Keys’ single Wasted Energy.

Diamond Platnumz started his music career back in 2010 and he has won several awards for releasing hit music. His 2010’s hit single Kamwambie led him to win Tanzania Music Awards in the category of Best Song, Best R&B Song, and Best Upcoming Artist.

On August 6, 2015, the two welcomed their first child a daughter named Latifah ‘Tiffah’ Dangote. Their son named Prince Nillan was born on the 6th of December 2016. After being in a relationship for almost 4 years, the couple decided to get separated in early 2018 after various reports had alleged that Diamond was in a relationship with several other ladies over the past few days.

During his relationship with Zari, Dimond Platnumz also was romantically linked with Tanzanian model Hamisa Mobeto in 2017. The two also welcomed their son named Dylan Abdul Naseeb. However, in 2019 they parted ways.

In 2019, Diamond Platnumz and Kenyan model and musician Tanasha Donna started dating. On October 2nd, 2019, they were blessed with a son named Naseeb Junior. In April 2020, they had broken up. 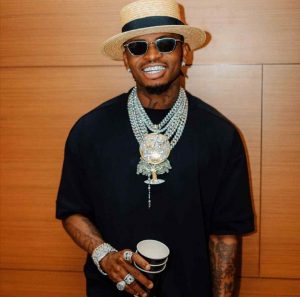 Diamond Platnumz is one of the most popular and rising celebrities in Tanzania and he is the first choice for brands in the country. In 2019, he was named as the newest brand ambassador of Pepsi (East Africa) andParimatch Africa’s Brand Ambassador.

He then also came up as the brand ambassador for Nice One (Tanzania). In 2020, Tanzania’s Coral Paints brand named him as their brand ambassador. On top of that, he signed an endorsement deal with itel (Tanzania). Aside from endorsing several brands, Platnumz has managed to establish himself as one of the known businessmen in the country.

As a recording artist, he founded the Wasafi Classic Baby, known as WCB (a Tanzania-based record label). The popular artists Rayvanny, Mbosso, Zuchu, and Harmonize, have signed with the label. In 2021, Diamond started a partnership with Warner Music Group along with WCB. After getting success from the record labels, Platnumz further established Wasafi Bet, Wasafi Media, and Zoom Extra.

Platnumz owns several expensive cars including a Rolls Royce Phantom, one of the top luxury sedans in the world and the cost of the car is $550,000. He has a CUSTOMIZED 2014 model Hummer H3 which features a black exterior, a powerful sound system, and a lot more, and its costs around $41,705.

He owns a 2015 black Toyota Land Cruiser V8, and the price of the car is $85,655. Diamond Platnumz is the owner of some more luxurious cars such as BMW I8, Range Rover Sport, BMW X6, Jaguar X6, The Ferrari California, and more.

As of 2022, Diamond Platnumz Net Worth is estimated to be around $10 million. He is one of the richest and most influential Tanzanian singers and has released numerous hit tracks throughout his successful music career. The main source of his income comes from the music industry such as album sales, as well as his companies in which he already secured his future by earning a lot of cash.

He has a YouTube channel where Platnumz amasses billions of combined views. He has more than 6.6 million subscribers on his channel which is a great achievement for him. The singer is also making hefty cash from other Business Endeavors. Diamond Platnumz’s annual income is approximately $1.5 million.

What is the net worth of Diamond Platnumz?

How much Diamond Platnumz make a year?

What is the age of Diamond Platnumz?

Diamond Platnumz was born on the 2nd of October 1989, in Tandale, Dar es Salaam, Tanzania, he is 32 years old.

What is the born name of Diamond Platnumz?