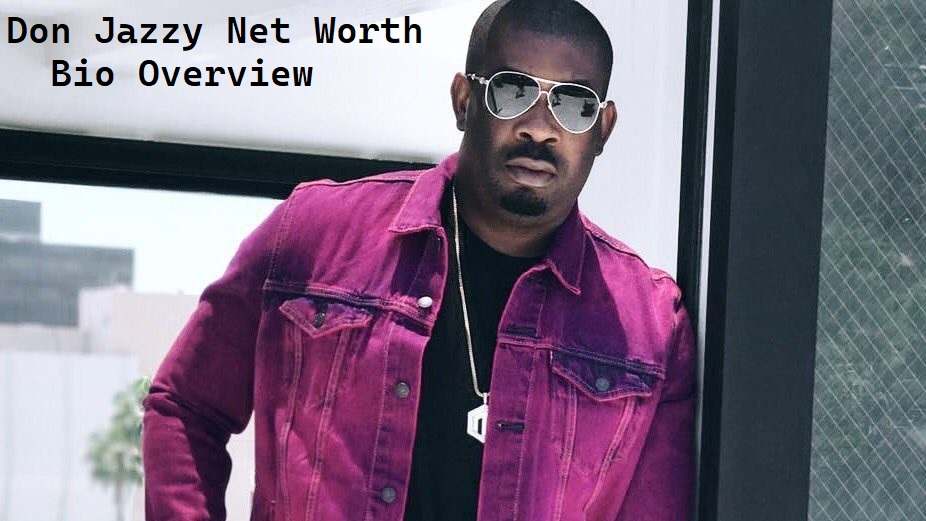 What is Don Jazzy Net Worth and Income?

Don Jazzy is a Nigerian record producer, singer-songwriter, entrepreneur, and musician from Umuahia, Nigeria who has a net worth of $10 million as of 2022. Jazzy was just 4 years old when he began singing and learned how to play drums. Then at the age of 12, he started learning a bass guitar.

Don Jazzy rose to fame in 2004 when he became the co-founder of Mo’ Hits Records. Since then he worked with numerous artists throughout the records until it ended in 2012.

On the 8th of May 2012, Jazzy founded another label called Mavin Records with whom he worked for the likes of D’Prince, Dr SID, Darey, Shank, Naeto C, Ikechukwu, Sauce Kid, Weird MC, Tiwa Savage, Di’Ja, Reekado Banks, and many others. Jazzy also partnered with the former co-founder of Mo’ Hits Records named D’Banj.

Don garnered a lot of attention with his current label Mavin which smashed all the records after emerging as the first African record label to cross 1 million followers on Instagram in the year 2016.

Don Jazzy was born in Umuahia, Abia State, Nigeria, on the 26th of November 1982. His real name is Michael Collins Ajereh better known as Don Jazzy.

His father Collins Enebeli is from Isoko in Delta State and worked as a manager in music production as well as a businessman. While Jazzy’s mother Patience Enebeli is an Igbo princess from Abia state and is well known for being the international business Tycoon.

Ajereh grew up along with three siblings in Ajegunle, Lagos, after the family moved from Umuahia, Abia State when he was a kid. His younger brother Charles “D’Prince” Enebeli is a singer-songwriter.

Growing up in Lagos Ajereh studied at a co-educational high school before enrolling at Federal Government College.  Music was always in his blood while growing up and by the age of 12, he took his passion more seriously and began learning piano and bass guitar.

Around that same time, he also showed his interest in percussion instruments. Now he can play different instruments including percussion, Vocals, Drums, and Bass Guitar. He later attended the Ambrose Alli University, Ekpoma, Edo state where he earned his degree in business management.

Jazzy’s music career originally started back in 2000 when he was offered by his uncle to play the drums for a local church in London so he quickly moved to London at the age of 18.

Before he launched his singing career, Don Jazzy did several odd jobs including as a security guard at McDonald’s in the United Kingdom. On the other hand, he was still busy focusing on music.

Jazzy took his passion more seriously and teamed up with D’Banj in 2004, and he formed the music label called Mo’ Hits Records which D’Banj became the first artist to sign to record.

With the label, Don started working as the CEO/President and also produced some of the top charted Nigeria’s tracks from 2000 to the early 2010s.

From 2004 to 2006 Jazzy worked on numerous tracks including the albums Long Thing and Rundown/Funk You Up which earned him recognition. In 2005, Jazzy created a recognizable introduction, It’s Don Jazzy Again!

Under Mo’ Hits records, Don gained a lot of recognition by producing many successful albums including Mushin2Mohits (Wande Coal), No Long Thing, Rundown, Turning Point, and The Entertainer.

The turning point of his career came in 2011 when Jazzy got an opportunity from Kanye West who asked him to work as a producer at Kanye’s label G.O.O.D music.

From that point forward he started getting recognition in the music world after he produced songs for some high profile hip hop artists including Jay-Z, Beyonce’s hit single Lift Off, and of course Kanye West.

Around this time Don also worked with some well-known record producers such as Pharell Williams, Q-Tip, West, Bhasker, and Mike Dean. In March of 2012, Jazzy’s label Mo’Hits disbanded after obtaining such a huge success throughout the early 2010s.

Shortly after his label was ended, Jazzy came up with the launch of his new record label called Mavin Records. The label started in May 2012 and it made a name for itself in the industry after being credited for some hit music.
The label helped several Nigerian artists to come to the spotlight with their music, which includes Di’Ja, Johnny Drille, Ayra Starr, Korede Bello, Ladipoe, D’Prince, Dr Sid, Reekado Banks, and Tiwa Savage.
Slowly but surely the label grabbed the attention of other record labels and later partnered with Don’s brother D’Prince’s label called Jonzing World.
According to reports, the record has more than 100 workers and Altims, Baby Fresh, as well as Don Jazzy are the producers of the Mavin.

In 2019, Jazzy signed singer Rema who became one of the top-rising artists after his self-titled debut EP Rema peaked at #1 1 on Apple Music Nigeria.

That same year the label Mavin got a chance to sign a multi-million dollar collaborative venture between Kupanda Capital and TBG Growth.

Some reports revealed that this popular record label Mavin Records which is owned by Don Jazzy has a worth estimated to be around $45 million, becoming the wealthiest record label in the country.

Apart from establishing himself as one of the prominent record producers in the music game, Don also made a name for himself in the entertainment industry.

He made his film debut in the Nollywood movie The Last 3 Digits in 2012. In this film, he appeared alongside Nonso Diobi, Dr SID, Ali Baba, and A.Y.

Don Jazzy is quite active on social media and has almost 14 million followers on his Instagram alone where he often shares his skits.

A big portion of his income comes from his businesses and over time Jazzy launched numerous lines which helped him to garner millions of dollars. Under Mavin Global Holdings, Don released his merch line called Mavin Clothing Line Ltd in 2013, the merch is known for selling its unisex clothing apparel.

Prior to this, Jazzy teamed up with his brother D’Prince and the two launched Mavin Energy Limited in 2012. The company provides the public with gas, diesel, petrol, and kerosene, in Lagos State, Nigeria.

Jazzy has established himself as one of the top real estate investors in the country and is the owner of Mavin Real Estate Inc. which offers services to people for buying houses as well as renting properties.

Don Jazzy has done endorsement work for numerous brands and products throughout his successful career. In 2012 he made a promotional deal with Loya Mil for about 40 million ₦. That brand is one of the largest milk firms in the country and it is still growing.

Don Jazzy has a net worth of $10 million US and the producer has been able to buy several properties in the country. He purchases a beautiful mansion which is located in one of the most areas of Banana Island. This house cost him around N150 million.

Moreover, he owns eight luxury houses in different locations where he spends his holidays. One of his mansions is located in Lekki which cost him around N160,000,000. He also has an expensive property in Nicon Town in Nigeria.

As of 2022, Don Jazzy Net Worth is estimated to be around $10 million. He is one of the richest music producers in Nigeria and garnered a lot of fame and wealth from his successful career. The majority of his income comes from his production company Mavin Records.

The singer has heavily invested in real estate due to his net worth increasing regularly. He has done work with numerous high-profile artists and producers throughout his career.

How much is the worth of Don Jazzy?

How much money does Don Jazzy make?

How old is Don Jazzy?