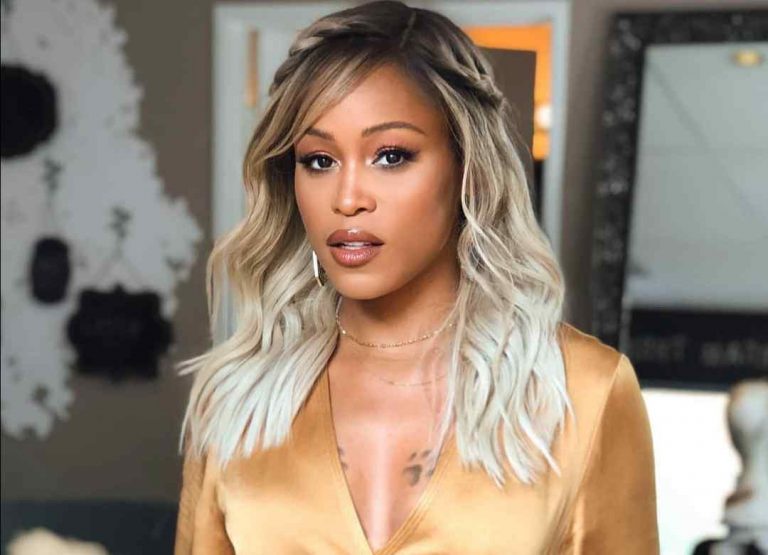 Eve Net Worth and Salary: Eve is a popular American rapper, singer, songwriter, and actress, who has a net worth of $12 million US as of 2023. She is one of the top leading female rappers in the world and managed to gain a big name and fame throughout her successful career.

Eve rose to fame after releasing her debut album in 1999, and she found massive success becoming the third female hip-hop artist to achieve a number 1 album on the “Billboard” 200.

She is a multi-talented artist who achieved big success in the music industry as well as in television and films. As an actress, she came to the limelight after playing the role of Terri Jones in movies including, Barbershop, Barbershop 2: Back in Business, and Barbershop: The Next Cut.

Eve earned the Grammy Award for releasing her single  Let Me Blow Ya Mind in the category of  “Best Rap/Sung Collaboration”. Here we are going to talk about the total net worth of Eve her salary, income, earnings, career, biography, lifestyle, and more.

Eve Jihan Jeffers was born on November 10th, 1978, to the 17 years old high senior Julie Wilch and her boyfriend Jerry Jeffers, in Philadelphia, Pennsylvania, United States. As Eve grew older her mother took over a management role at a publishing company while her father became a supervisor at a Chemical plant.

But when she was 12 years old, her parents split up and she lost contact with her dad. After the two years of her parent’s separation, Eve’s mother married Ron Wilch.

Moving on to her education, she attended Martin Luther King High School in Philadelphia, and as a teenager, she developed her interest in music. She started off as a choir girl in West Philadelphia and then joined an all-girl cover group called (Dope Girl Posse or EDGP).

Around that same time, she switched from singing to rapping but since she wasn’t making enough money to earn a living.

After completing her graduation, Eve moved to New York and she picked up a night job at 18 working at a strip club to pay the bills. While working in the club Eve got a chance to meet the rapper Mase who encouraged her to become a rapper. 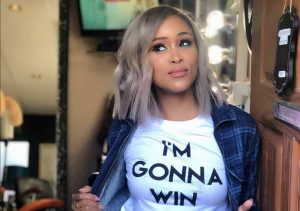 After meeting with the rapper Mase, she took her passion more seriously and flew out to LA to sign with Dr. Dre’s label Aftermath Entertainment, by the age of 18. Her first musical appearance was on the Bulworth soundtrack, but eight months later she was dropped from the label.

A short time later, Eve had been picked up by the Bronx-based group Ruff Ryders, and under the label, she dropped her first single called “What Ya’ll Want” in 1999. The single went viral and peaked at number 1 on the “Billboard” 200 and Hot Rap Songs charts.

On September 14, 1999, Eve came up with the release of her debut album titled Let There Be Eve…Ruff Ryders’ First Lady, went on to reach the number one spot on the US Billboard charts making her only the third female rapper to ever accomplish to feed at the time alongside the greats like Foxy Brown and Lauryn Hill.

By the release of her second album Scorpion Eve made history yet again it was this album that included the smash hit “Let Me Blow Ya Mind” featuring Gwen Stefani.

This track became the first song to be awarded the Grammy Award for Best Rap Song Collaboration when it was released in 2002. In the very next year, Eve dropped her third studio album called Eve-Olution, reaching number 6 on the Billboard 200.

The first single from the album titled “Gangsta Lovin'”, with Alicia Keys, became a hit peaking #2 on the “Billboard” Hot 100 chart.

Her fourth studio album was supposed to drop in 2007, but Eve began to have difficulties with Interscope the distributor of Ruff Ryders records, and eventually, she decided to leave the label behind in 2010. Three years later in 2013, Eve finally dropped her fourth album Lip Lock.

Eve has collaborated with several high-profile artists such as her two collaborative songs Let Me Blow Ya Mind with Gwen Stefani and Rich Girl, (which appear on Gwen’s 2004 album “Love. Angel. Music. Baby) earned her and Gwen numerous awards.

The featuring appearances came from artists such as Faith Evans, Jadakiss, and Sean Paul. Eve has performed numerous singles by famous artists such as You Got Me, by The Roots, Hot Boyz, and 4 My People, by Missy Elliott, Not Today, by Mary J. Blige, and Kelly Rowland’s single Like This.

Her sitcom, Eve, aired 66 episodes for more than 3 seasons, and she also worked as a co-executive producer. In November 2001, she participated in the reality game show Who Wants to Be a Millionaire, and won 32,000 dollars for charity.

In 2017, Eve got a chance to become the co-host of the talk show called The Talk, in which she has appeared in more than 600 episodes.

Eve has received numerous awards as well as nominations throughout her successful career. In 2001, she won the BET Award in the category of Best Female Hip-Hop Artist, and then in 2014, she achieved the Breakthrough Style Award at the 2002 VH1 Vogue Fashion Awards.

Since then Eve has received so many awards such as a Grammy, an ASCAP Rhythm & Soul Award, an MTV Video Music Award, and a Teen Choice Award for her breakthrough single Let Me Blow Ya Mind.

Her collaboration with the Gewen Rich Girl led her to win an ASCAP Pop Music Award and at the 2005 Teen Choice Awards, it earned the Visionary Award including Choice Breakout and Choice Collaboration.

Back in 2010, Eve met British billionaire Maximillion Cooper as a guest at Max’s gumball 3000 car rally. Maximillion is the CEO as well as the fashion designer. Over the next three years, the two became closer and closer until eventually, they found themselves in love, and in December 2013, they got engaged.

In June 2014, they tied a knot in Ibiza, Spain, and Eve became the stepmother to his four children. On February 1st, 2021, the two welcomed their first child a son named Wilde Wolf Fife Alexander Somers Cooper.

She has been able to spend millions of dollars on her expensive lifestyle. In 2005, Eve paid 1.775 million for a lavish mansion which is spread over 4,297 square feet the house is located in one of the posh areas in the Hollywood Hills. In 2011, Eve sold this property for a whopping $$1.325 million.

Eve is the owner of many luxury cars including, the Rolls-Royce Phantom, Bentley Continental GT Convertible, Maserati GranTurismo, and more. 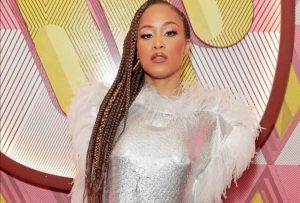 As of 2023, Eve Net Worth is estimated to be around $12 Million US. She is among one the top 10 richest rap artists and songwriters in the music world and has earned a lot of fame in her career.

She is among one those artists who gained huge fame on her first album. Eve’s first three albums have sold more than 13 million copies. Eve’s annual income is $2 million.

She has earned a vast chunk of that money via the music industry such as album sales, live performances, royalties, and acting in film and television shows. Eve’s monthly income is $250,000.

She is famously known for her hit song to Let Me Blow Ya Mind, which had an outstanding performance as it peaked at #1 on the Billboard Hot 100 and won her a Grammy Award.

Eve’s net worth is growing regularly. She has also been involved in the endorsement of products, full service, and Interscope which have contributed to her huge net worth.

She has done promotion work for multiple brands such as Tommy Hilfiger, Clarica, Pepsi-Cola, Sprite, Mac Cosmetics’ Viva Glam campaign, and many others. Eve’s per sponsored post salary is around $6000.

How old is Eve?

Eve Jihan Jeffers was born on November 10th, 1978, in Philadelphia, Pennsylvania, she is currently 44 years old.

How much does Eve make a year?

What is the worth of Eve?

Eve is a popular American rapper, singer, songwriter, and actress, who has a net worth of $12 million US as of 2023.