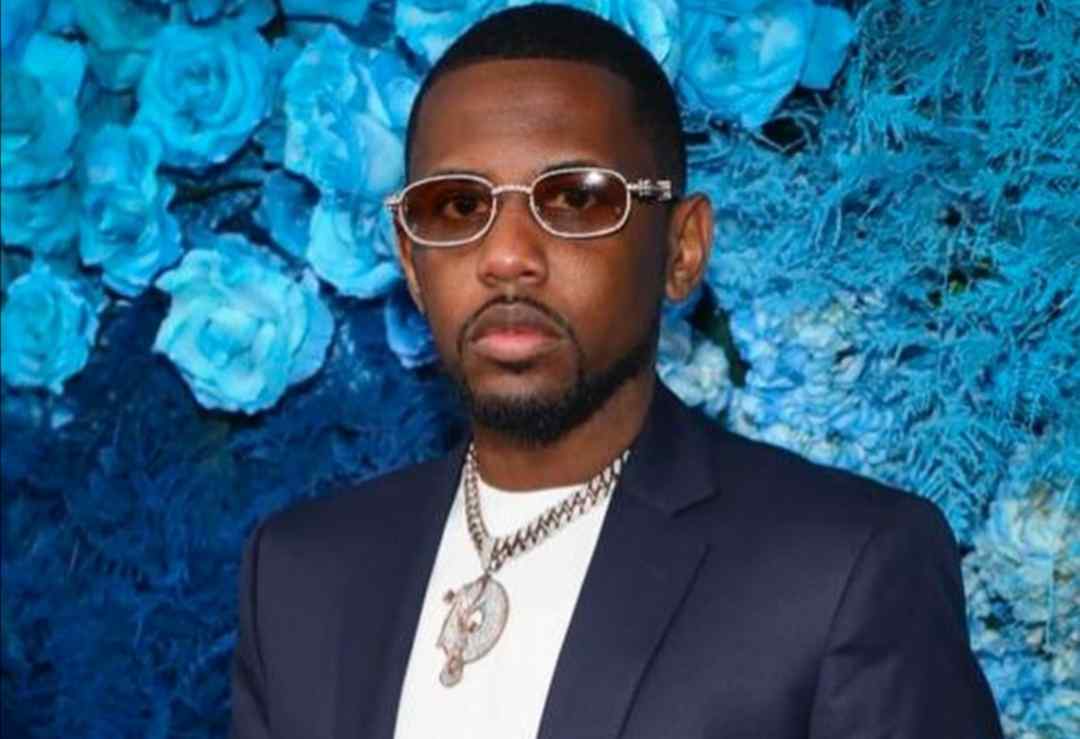 Fabolous Net Worth and Salary: Fabolous is a popular American rapper songwriter, record producer, and musician, who has a net worth of $10 million US as of 2022. His real name is John David Jackson, better known by his celebrated names like Fabolous, The Kid, Ghetto Fab, etc. Fabolous gained attention after dropping hit singles like ‘Can’t Deny It (ft Nate Dogg)’ and ‘Young’s (Holla Back)’.

Later he came into the limelight when the rapper released songs such as Make Me Better and Can’t Let it Go, in which he received commercial success. Fabolous is considered one of the prominent artists in the music world, who has collaborated with many popular music stars like Jay-Z, Ne-Yo, Christina Milian, and more.

His debut studio album called “Ghetto Fabolous” helped him to make a big name and fame in the music industry. So without any delay let’s talk about the total net worth of Fabolous rapper his salary, income sources, career, bio, luxury lifestyle, and importantly how he spends his millions.

Fabolous was born John David Jackson on the 18th of November, 1977, in Brooklyn, New York City, US. Fabolous is of Dominican and African-American descent.

The rapper hasn’t disclosed any information about his parents or family life. Jackson has a brother named Paul Cain. He attended high school while there, and he developed an interest in music and decided to start a hip-hop journey at an early age.

He first started raping in his senior year of high school, where he used the name Fabolous Sport. After that, he got a chance to perform on the New York City radio station called Hot 97.

The rapper Fabolous started his career by signing a contract with popular label l ‘Desert Storm Records,’ and then got featured in numerous of their mixtapes. In 2001, he dropped his first studio album ‘Ghetto Fabolous’ which became a commercial success by selling over 140,000 copies in its first week of release. The album debuted at #2 on the Top R&B/Hip-Hop Albums chart and #3 on the Billboard 200 chart.

After the two years of break, Fabolous came up with the release of his second album called Street Dreams, in 2003m which also was a commercial success. The album peaked at number 3rd position on the US Billboard 200 by selling over 185,000 copies in its first week of release. The two singles from the album titled ‘Can’t Let You Go’ and ‘Into You,’ went viral peaking at 4th position on the US Hot 100.

In the very next year, he dropped his 3rd studio album ‘Real Talk’ and like his previous albums, it became a commercial success. His following two albums including From Nothin’ to Something’ and ‘Loso’s Way’ were released in 2007 and 2009. Both of the albums were hit by peaking at number 2 and number 1 on the US Billboard 200.

Later in 2014, he released another album  ‘The Young OG Project’ which included singles like ‘Lituation’, ‘We Good’, and ‘You Made Me’. The album ranked 12 and placed on the US Billboard 200. In 2017, Fabolous released his most recent album titled Friday on Elm Street, and the guest appearances came from Future, Swizz Beatz, and French Montana.

Later in February 2008, the two confirmed that they welcomed their first son, Johan Jackson. In June 2015, Emily Bustamante and Fabolous were blessed with their second child a son named Jonas Jackson. Apart from that, Emily also has a daughter named Taina Williams from her previous relationship.

Fabolous was involved in many troubles in his life, such as in 2003 he was charged for having an unlicensed gun in his car, but his bodyguard later showed evidence of ownership of the gun. In 2006, he was shot in his right leg while he was exiting a restaurant.

Fabolous has been able to buy luxury things and he is very fond of expensive cars, so let’s take a look at that. He has cars including, Aston Martin Rapide,  Mercedes-Maybach S600, Jeep Wrangler, Rolls-Royce Ghost, Bentley Bentayga, Vintage Rolls Royce, etc. 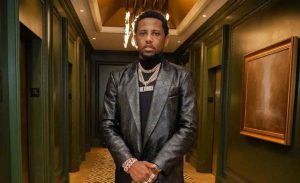 Brooklyn rapper Fabolous’s Net Worth is estimated to be around $10 million US as of 2022. He is one of the highest-paid rappers and songwriters in the country and has released numerous hit music in his career.

Fabolous’ monthly income is more than $250,000. His source of remunerations comes from various ways, including album sales, streams, and live performances. Fabolous charges around $ 40,000 per show and charged $50k per rap feature.

Despite all of this, Fabolous also has been endorsing several brands including, Boost Mobile, Foot Locker – Reebok, Beats By Dre, New Balance 247 Luxe, KITH, Colette, Blood’s Thicker, and many others. Fabolous’ annual salary is over $3 million.

How old is Fabolous?

How much does Fabolous make in a year?

Fabolous’ annual salary is over $3 million.

How rich is Fabolous?

Brooklyn rapper Fabolous Net Worth is estimated to be around $10 million US as of 2022.

What is the real name of Fabolous Rapper?

His real name is John David Jackson, better known by his celebrated names like Fabolous, The Kid, Ghetto Fab, etc.

Fabolous is considered one of the prominent rappers in the music world. He has dropped six albums and sold more than 3 million copies in the United States. The rapper has managed to release several hit songs 1 chart-topping albums, and all of his EPs have charted on the Billboard 200.

Currently, the rapper Fabolous net worth is roughly $10 million and his wealth is growing regularly. Some of the best songs and albums that he has released such as Into You, Breathe, Thim Slick, and Friday on Elm Street.