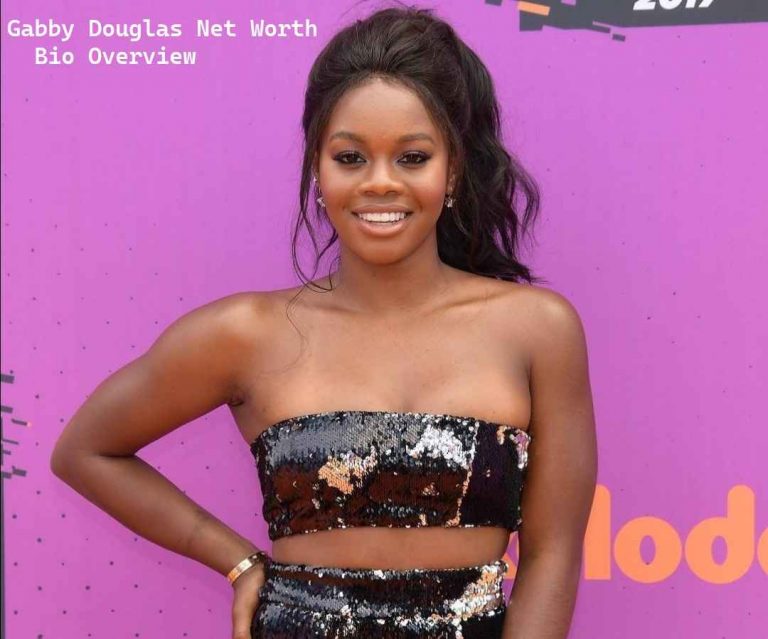 What is Gabby Douglas Net Worth and Salary?

Gabby Douglas is an American artistic gymnast and Olympian from Newport News, Virginia, who has a net worth of $4 million as of 2023. She has a pretty successful career and has won numerous competitions and accolades throughout her Gymnastics career.

After participating in competitions she won a bunch of gold medals at the Olympics. Douglas is best known for being part of the gold-winning American artistic gymnastics crews in 2012 and 2016. On top of that, Gabby is the 2012 Olympic all-around gymnastics champion, becoming the first African American to earn that title.

Douglas has established herself as the first American gymnast to achieve gold in both the individual all-around and team competitions at the same Olympics. In the 2016 AT&T American Cup, it was announced that Gabby is the all-around champion.

Apart from that, she is quite active on social media and has more than 1.5 million followers on Instagram alone. She regularly posts on her social media and also grabbed the attention of numerous brands who want her to become their brand ambassador.

Gabrielle Christina Victoria Douglas was born in Newport News, Virginia, on the 31st of December 1995. She was raised by her parents Timothy Douglas and Natalie Hawkins-Douglas in Virginia Beach. Gabrielle is the youngest of four children and grew up with two older sisters Joyelle, and Arielle, and an older brother named Johnathan Douglas.

Douglas developed her interest in sports from an early and at the age of 6, she first got a chance to participate in gymnastics when her older sister convinced their mom to attend her gymnastics courses. Shortly after participating in that sport she began showing her impressive skills and had won the Level 4 all-around gymnastics title at the 2004 Virginia State Championships by the time she was 8 years old.

She took her passion more seriously and at the age of 14, she decided to leave her family in Vergina and move to Des Moines, Iowa, to pursue her career and train for the Olympics. After moving to this new place Douglas started her training under the guidance of her well-known gymnastics coach Liang Chow.

That was the time in Iowa when Gabby used to live with Missy Parton and Travis, as well as their 4 daughters. One of the Parton girls also developed an interest and began training with Liang. Around this time she had no time to attend any school due to her busy training schedule, so she decided to go homeschooling from the 3rd grade.

Douglas eventually got an opportunity to make her international debut at the 2008 US Classic in Houston, Texas, where she positioned tenth in the all-around rankings. She also participated at the 2008 Visa Championships in Boston, Massachusetts, where she placed 16th that same year. Douglas was not qualified for the 2008 Junior Women’s National Team due to her rankings.

In the following year, she suffered a fracture of the growth plate of her wrist which forced her to leave the 2009 Covergirl US Classic. Because of her injury, she was not able to play to her full prospect at the 2009 Visa Championships and competed only on the balance beam and floor training.

She rested her entire junior gymnastics career but at the same time, Douglas was competing at various small events such as the 2010 CoverGirl Classic her first elite meet, the 2010 Nastia Liukin Supergirl Cup, and the 2010 Pan American Championships.

She became part of the US team that earned gold at the City of Jesolo Trophy in Italy, after moving to her senior gymnastics career in the year 2011. At that same time, the US team gold at the 2011 World Championships.

Gabby then came up as a solo competitor and performed well and won the silver in uneven bars at the CoverGirl Classic in Chicago, and tied for bronze on bars at the US National Championships, the following year in 2011.

She earned the highest total all-around score in the women’s competition at the 2012s AT&T American Cup, because she was an alternate, her records did not count towards winning the competition.

That year was the turning point of her career because she was part of the US team that won gold at the Pacific Rim Championships. Moreover, that teamed continued to win numerous competitions including, gold in uneven bars, silver in the all-around, and at the US National Championships they won bronze in the floor.

Not the mansion, when she placed 1st in the all-around at the 2012 Olympic Trials where she secured her U.S team to made the only guaranteed place on the US women’s Olympic gymnastics team.

Douglas and her fellow teammates McKayla Maroney, Jordyn Wieber, Kyla Ross, and Aly Raisman, all portrayed the USA at the 2012 Summer Olympics in London. Together they led the team to win an event gold medal at the London Olympics and were named the Fierce Five.

It also became a proud moment for America because it was the first time when the U.S team won gold in the team event since the “Magnificent Seven” victory back in 1996 at the Atlanta Summer Olympics. 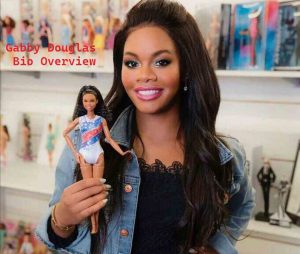 After getting massive success, Gabby got even more motivated and continued to participate at the 2012 Summer Olympics where she earned gold in the individual all-around game. After winning gold in that event, Gabby became the first African-American woman in history.

On top of that, she was among the list of the fourth American women to win that event. In addition, after winning both the team and individual all-around gold at the same Olympics, Douglas became the American gymnast in history to win.

Douglas started training hard after the London Olympics and continued to participate in several national and international competitions. As a member of the US women’s gymnastics team, she came back to the 2016 Summer Olympics in Rio de Janeiro.

As a member of the Final Five (Laurie Hernandez, Madison Kocian, Aly Raisman, and Simone Biles,) Gabby won her 3rd Olympic gold medal in the team event at the 2016 Olympics.

At the end of 2012, Douglas came up with the release of her autobiography entitled Grace, Gold, and Glory: My Leap of Faith. The book became commercially successful debuting at #4 on The New York Times Young Adult Bestseller List.

Following the success, Gabby published her 2nd book Raising the Bar in 2013. In mid-2012 the Japanese multinational video game company Nintendo declared that Douglas would appear in their new ad campaign for New Super Mario Bros. 2.

She then starred in an episode titled Gabby’s Gold of the Disney XD s series Kickin It in 2013. Gabby began playing roles in other shows including the 2018 reality show episode Undercover Boss.

In early 2014 The Gabby Douglas Story a Lifetime television movie began airing, and the film starred Imani Hakim and featured Gabby performing all of the gymnastics stunts. In May 2016 the Oxygen channel announced Douglas’ own reality show called Douglas Family Gold.

Mattel, Inc. disclosed a Gymnastics Barbie modeled on Gabby Douglas on the 11th of July 2016 and that was the same day after she was titled on the 2016 American Olympic team for gymnastics.

In 2019 Douglas made her theatrical film debut in Same Difference a mystery drama film. Before this, she made her first TV show appearance on a talk show called Today in 2012.

Gabby Douglas has a net worth of $4 million and she accumulated that much wealth from winning competitions as well as brand endorsements. Gabby first signed with the popular brand Nike to appear in TV commercials. She then became part of the print adverts for O.P.I.‘s nail lacquers and Gel Colours. In 2012 she signed with Kellogg’s.

Gabby has millions of fans on her social media where she endorses some high-end brands including Land Rover, Nickelodeon, A.L.C., Vogue, Beauty Bakerie, H&M, Adobe Students, RPGSHOW, and many others.

As of 2023, Gabby Douglas’s Net Worth is estimated to be around $4 million. She is one of the most popular artistic gymnasts in the country and has won several gold medals at the Olympics in her successful career.

The bulk of her income comes from the sports industry such as brand promotions, sponsorships, autobiography, and of course, gymnastics. Gabby first rose to fame after being the 2012 Olympic all-around champion and then gained recognition as the 2015 World all-around silver medalist. Gabby Douglas is making more than $500k in a year from different sources.

What is the age of Gabby Douglas?

Gabrielle Christina Victoria Douglas was born in Newport News, Virginia, on the 31st of December 1995, making her 26 years old.

How much does the Gabby Douglas have a net worth?

How much does Gabby Douglas is making?