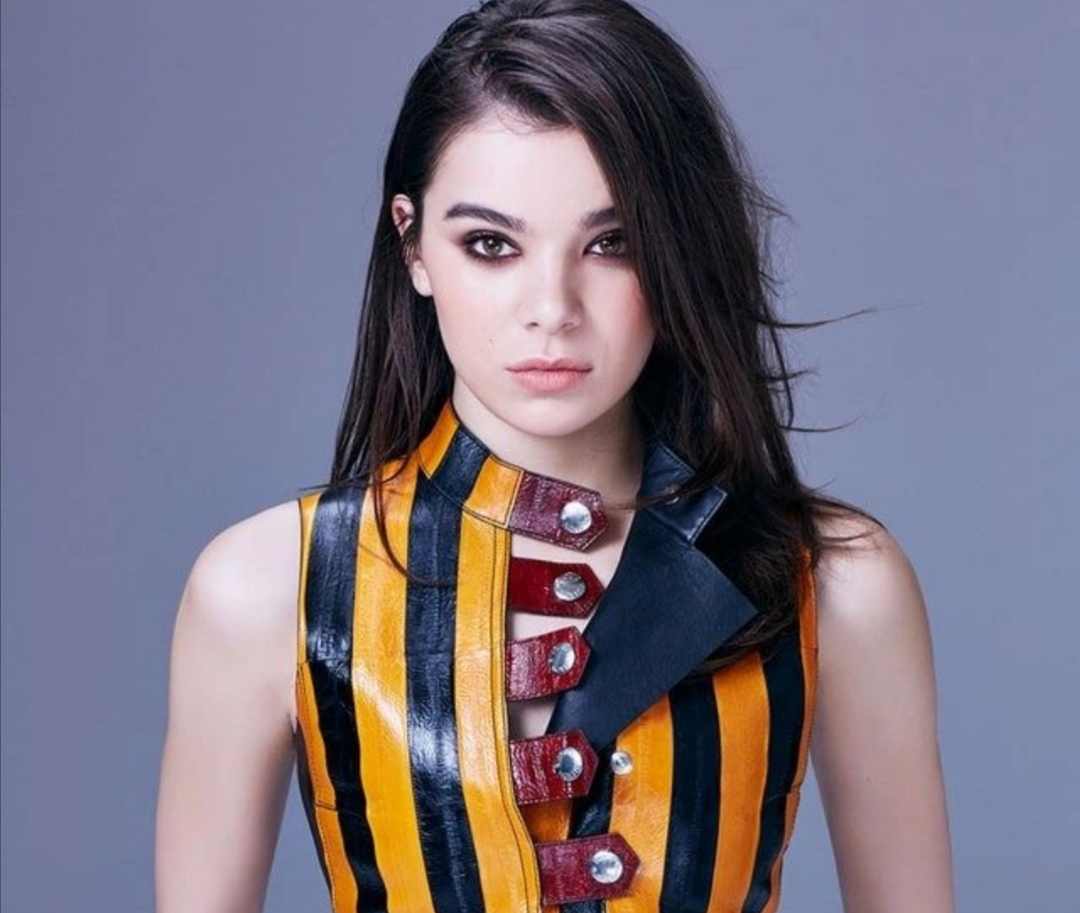 Hailee Steinfeld Net Worth and Income: Hailee Steinfeld is an American actress, singer, songwriter, and model from California. Steinfeld has a net worth of $10 million. The actress gained widespread recognition from an early age and has established herself as one of the most prominent actresses in the entertainment industry.

Steinfeld rose to fame after playing the main role of Mattie Ross in the Revisionist western film True Grit in 2010. Her outstanding performance in the movie won her several major award nominations including an Oscar in the category of Best Supporting Actress, and the Best Actress in a Leading Role at the BAFTA award.

Following the success, Hailee started getting roles in some big projects and continued to earn fame in the industry appearing in a number of acting projects including movies and TV shows.

The actress gained further recognition for her role in the 2016 comedy film The Edge of Seventeen. She played an immense role as Nadine Franklin which led her to receive nominations for the Critics’ Choice Movie Award and Golden Globe Award.

Beyond her success in the film industry, Hailee also earned fame for her performances in television series including the Dickinson. In addition to this, Hailee became one of the top voice actresses after providing her vocals for the character of Gwen Stacy / Spider-Gwen in the critically-acclaimed animated movie Spider-Man: Into the Spider-Verse.

Since 2015 Hailee tried her hand at music and started focusing on that passion which earned her recognition in the game. In 2015 the musical comedy film Pitch Perfect 2 was released for which Hailee performed the track titled Flashlight.

She quickly grabbed the attention of record labels and eventually signed with Republic Records. Under the label, she dropped her debut single Love Myself, and then immediately released her first EP Haiz in that year.

Since then she continued to release more hit singles and EPs and most of her music has been certified and charted as well. Hailee transitioned over to becoming one of the pop singers with her singles such as Starving, and Most Girls, and was inducted into Taylor Swift’s Bad Blood as the trinity.

Hailee Steinfeld was born in Tarzana, Los Angeles, California, on the 11th of December 1996. She is not only of Jewish descent but she is also Russian and Romanian. On top of this, she is Boholano Filipino, African-American, ancestry from her grandmother, and a Euro cocktail of English, German, Scots-Irish/Northern Irish, and Scottish ancestry from her mother.

Hailee’s father Peter is a personal fitness trainer while her mother Cheri is an interior designer. She also has an older brother Griffin who today is an off-road race driver. Her cousin True O’Brien is also an actress so acting was always in Hailee’s blood from her childhood.

Growing up Hailee took ballet lessons and was a cheerleader for eight years. Her parents moved around the Hollywood Hills going from Tarzana to Agora Hills and then to Thousand Oaks.

This resulted in young Hailee attending multiple schools. She transferred from Ascension Lutheran School to Conejo Elementary, and then to Colina Middle School. But dealing with new schools Hailee found herself the victim of bullying.

It was at 8 years old that Hailee found her true passion after seeing her cousin True O’Brien, and she appear in a television commercial. Hailee begged her parents to take acting classes but they thought that she would give up after a few weeks.

So they told her she would have to do it for the entire year. At the end of that year she end up getting an agent, and then she was signed with coast to coast and got her first modeling job with the Gap.

Hailee then started appearing in commercials of her own. Next step she started to appear in short films where she gained her experience and she played the role of Talia Alden in the autobiographical film She’s a Fox in 2009. As her career was taking off Hailee was dealing with some horrendous bullying back at school.

She stated that “There was a time where every morning at 7 o clock I’d get a prank phone call at my residence”. Her parents did what they could to try to track down the little prankster but eventually, it was decided that Hailee had to be homeschooled. 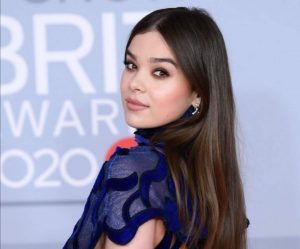 Hailee’s first audition for True Grit took a lot of paramount and was an open call, meaning any girl of the right age could take a shot at the job. She was given 15 pages of dialogues and put on camera.

She recalls it being a nerve-wracking experience but all of a sudden she was being moved forward to audition for the casting director. In the end, she beat out 1500 other hopefuls for the role of Mattie Ross.

The film True Grit was released in 2010 and it became widespread critical acclaim which led the actress to earn worldwide recognition. Since then she received several award nominations including an Oscar as well as the Academy Award.

Five months after True Grit was released Hailee became the new face of the Italian designer brand Miu Miu. In 2011 Hailee went on to be cast as Juliet Capulet in the 2013 adaption of Romeo & Juliet.

A role that was auditioning for actresses in their 20s but they gave her the gig she was just 14. Again her performance received stellar views so the roles kept coming her way. Next, she appeared in Ender’s Game in 2013 with Harrison Ford and this movie received again positive reviews.

Hailee then appeared in the short film titled The Magic Bracelet and then she was in 3 Days to Kill in 2014. In the following year, Hailee landed the role of Emily Junk in the musical comedy film Pitch Perfect 2.

Following the release of the film, Republic Records were so impressed with her singing. They signed her to a record deal that would start by re-releasing her song Flashlight from the movie as a precursor to her first major release.

She went on to make her first debut EP called Haiz released on November 15, 2015, under the name Haiz which is a nickname she has for her fans. Her lead single Love MySelf gained massive media attention for being empowering and having an uplifting message.

Amidst all the controversy the song still became a Top 40 on the Billboard 100 and there is plenty of more coming her way. There was also her induction into Taylor Swift’s Bad Blood Squad which happened in 2015. Later in May 2021, she dropped her second EP Half Written Story.

It was her work in the 2016 comedy film The Edge of Seventeen which earned her a Golden Globe nomination for Best Actress in a Motion Picture, a Comedy or Musical. In the very next year, the actress reprised her role as Emily Junk in the film Pitch Perfect 3 and then dropped more tracks.

She again came to the spotlight after releasing her hit single Let Me Go which made its place in the top 14 of the charts. In 2018 Hailee contributed the soundtrack titled Capital Letters for the film Fifty Shades Freed. Later that year she appeared in the Transformers spin-off film Bumblebee and then has done several musical tours.

Hailee also showed her skills as a voice artist providing vocals for the character of Gwen Stacy in the popular animated film Spider-Man: Into the Spider-Verse. Her role in the film earned her a lot of recognition as well as opened several more doors for her.

Since then she started focusing more on her music career instead of acting and has teamed up with a number of high-profile artists including Juice Wrld, Drax Project, Benny Blanco, and many others.

Around the same time, Hailee was also appearing in more projects including the 2019 action comedy film Charlie’s Angels in which she had a small cameo role. Despite her appearance in films, Hailee made her TV show debut in an episode of the American sitcom Back to You in 2007.

She then continued to appear in more television series such as BrainSurge (2009) and Sons of Tucson (2010), among others. Hailee gained popularity when she got the starring role of Emily Dickinson in the Apple TV+ series titled Dickinson in 2015.

In 2021 she played the main character of Kate Bishop in Hawkeye and then started playing the lead voice character Vi in the animated action series Arcane in that same year.

In terms of her love life, Hailee has been linked to many male celebrities one of which is the singer Joe Jonas. After he Tweeted out the picture of a sonogram announcing that they were expecting their first child. In terms of this was an ill-planned April fool’s joke.

Hailee was also linked with Justin Bieber back in her earlier days but both have made it clear that they are just friends. Hailee was dating Douglas Booth in 2013 following their work on Romeo and Juliet.

But the couple has since broken up and Hailee began dating soccer player Cameron Smoller in 2016. After making their debut at W Magazine Celebration, the couple confirmed their relationship but it ended in early 2017.

In late 2017 Hailee and Irish singer Niall Horan started dating. The two first came to the limelight after Hailee’s shot wearing a t-shirt showing Niall’s tour was posted on Instagram in early 2018. Later that year the two broke up.

Before purchasing her own home, Hailee used to live in her parent’s home which is located in the Thousand Oaks neighborhood of California, an upscale area. This mansion’s interior spans over 4,550 square feet of space with 5 bedrooms and 4.5 bathrooms throughout. The house features a luxury backyard with a huge pool and spa setup, as well as a home gym.

The critically acclaimed singer and actress Hailee Steinfeld has a net worth of $10 million so she can easily splurge on a lavish mansion. The Encino property is just 30 minutes away from her childhood home. In November 2021 it was reported that Hailee bought her first home from rock star John Fogerty.

She purchased the house for about $8 million back in August but it wasn’t revealed at the time. The mansion is located in the Los Angeles neighborhood of Encino, an area growing more and more popular amongst the rich and famous.

The house was built back in 2016 and nowadays the mansion looks completely different boasting features of reclaimed wood siding, stone walls, and glass doors, and it spans over half an acre of land.

The house features 6 bedrooms and 8 bathrooms with a formal dining room and a modern kitchen. Moreover, the mansion also has a soundproof movie theater and plenty of fireplaces. dual walk-in closet, plush rooftop terrace, and a lot more.

Steinfeld also pursued her modeling career and became the first choice for the big names when comes to brand endorsements and commercials. She even started her professional career by appearing in TV commercials.

After being the new face of the Italian designer clothing brand Miu Miu, she continued to get offers from more brands.

As of 2022, Hailee Steinfeld Net Worth is estimated to be around $10 Million. She is one of the rising actresses and singers in the country and has garnered a massive fan base in a short period.

Hailee has more than 19 million followers on her Instagram alone. She also has a self-titled YouTube channel where Hailee uploads her music videos. She garnered over 4.4 million subscribers and most of her videos have crossed 200 million views.

A big portion of her income comes from her acting career as well as the music industry. She earns a pretty good sum from appearing in hit movies and television series. Hailee garnered a vast chunk from album sales, live concerts, tours, and collaborations with other artists.

How much is the worth of Hailee Steinfeld?

How much money does Hailee Steinfeld make?

What is the age of Hailee Steinfeld?

Hailee Steinfeld was born in Tarzana, Los Angeles, California, on the 11th of December 1996, she is 25 years old.