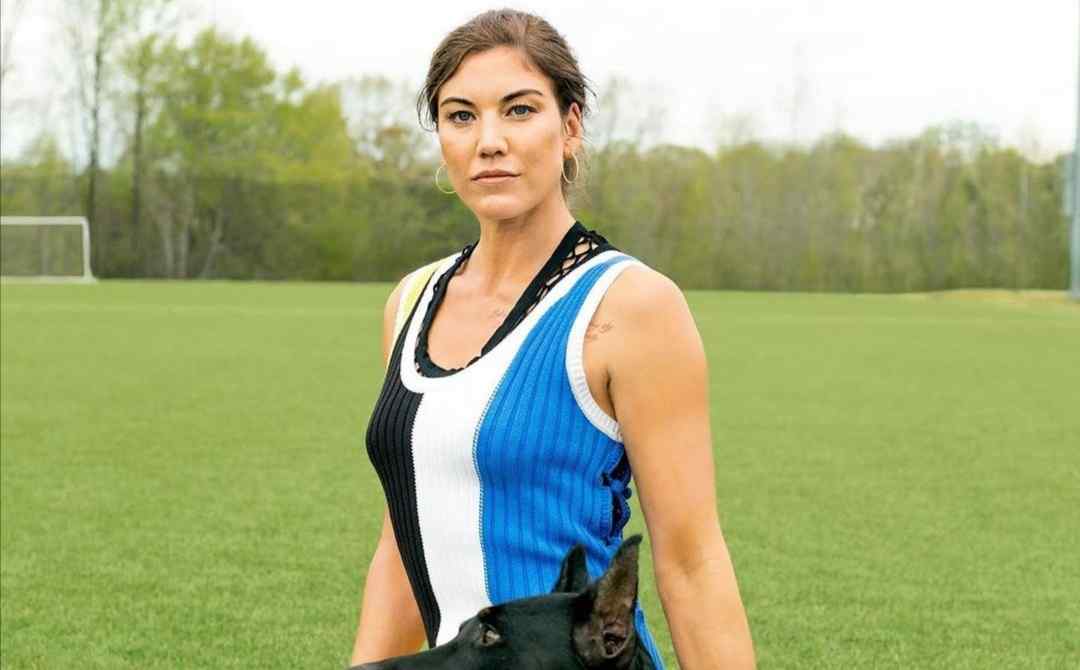 Hope Solo Net Worth: Hope Solo is an American former professional soccer goalkeeper and a spokeslady who has a net worth of $4 million US as of 2022.

She is considered one of the top female goalkeepers in the world and has made headlines not just for her on-field accomplishments, but also for her long history of controversy. From assault charges to some incredibly bad sportsmanship, this is the dark side of Hope Solo.

Apart from that, she is best known for being one of the best soccer goalkeepers of her generation and has earned a lot of fame throughout her successful career.

Hope Solo was the goalkeeper in the American women’s National Soccer Team between 2000 to 2016. During the 2007 World Cup Semifinal match between the U.S. and Brazil, veteran goalkeeper Briana Scurry started the game instead of Hope Solo.

But Scurry had a bad time, and Brazil ran out with the game in a 4 to 0 victory over America. Well, it was a clear dissatisfaction for everyone, Solo was unable to keep her frustration under wraps, and launched a tirade against the coach and her teammate.

Apart from all that, she also participated in the reality TV show called Dancing with the Stars, where she finished in 4th place, and later in 2012, she issued the autobiography named Solo: A Memoir of Hope.

The football player Hope Solo earned worldwide recognition when she won two Olympic Gold Medals, with the United States National Team in 2008 and 2012 as well as the 2015s World Cup.  In this post, you will find the total net worth of Hope Solo her previous salaries, career, biography, dating life, and a lot more.

Hope Amelia Solo was born on the 30th of July 1981, in Richland, Washington, the United States. Her mother’s name is Judy Lynn while her father Jeffrey Solo is an Italian-American Vietnam War veteran.

As a child, Solo’s father taught her how to play soccer. Her mom and dad got divorced when she was only 6 years old. Solo grew up alongside three siblings, a half-sister Teresa Obert and two brothers Marcus and Dave.

When Solo was around 7 years old her dad Jeffrey was charged for abduction after taking Solo and Marcus to a Seattle hotel for some days rather than carrying them to a baseball game as promised.

Moving onto her education, Hope Solo completed her high school graduation from Richland High School in 1999. While studying there she was one of the lead members of the soccer team and used to play a forward.

By the time she was in her senior year, Solo helped the team-leading her team to a state championship and had been named a Parade” All-American twice. She became a team member of the soccer and played for the Three Rivers Soccer Club as well around the same time.

Upon her graduating from high school, Solo earned a degree in major in speech communications from the University of Washington in 2002. When Solo completed her degree, she was the team’s all-time leader in saves, shutouts, as well as goals-against average.

She was an All-Pac-10 selection all 4 years of university and found herself on the list of NSCAA All-Americans in 2000, 2001, and 2002. Solo was the 1st goalkeeper as a sophomore and was named Pac-10 Player of the Year by Washingtonian.

During her senior year, she earned the Hermann Trophy nomination. Aside from living with her mother she also maintained a strong relationship with her father. Her dad died in June 2007 due to the Heart Attack.

In 2003s WUSA Draft, Solo was selected fourth overall by the Philadelphia Charge after her college. During her first season, she played in 8 games as well as the WUSA folded after the 2003 season.

At the beginning of 2004, Hope moved to Göteborg, Sweden, and got an opportunity to play for the Kopparbergs/Göteborg FC a Swedish Premier Division team. In the very next year, she became a team member of the Olympique Lyonnais, a French First Division team.

After coming back to the US, Solo came up as a team member of the Saint Louis Athletica where she played from 2009 to 2010 and was selected U.S. Soccer Female Athlete of the Year and WPS Goalkeeper of the Year while her period in the Athletica team.

She entered the Atlanta Beat, after the folding of Saint Louis Athletica. She also had surgery on her right shoulder while playing with the team at the end of her first season. 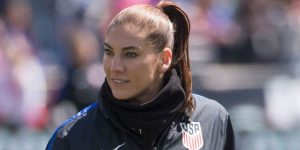 She grabbed the attention of several professional Soccer clubs and eventually in 2011 she signed with magicJack (formerly the Washington Freedom), however, the club lost its franchise on October 25.

A few months later, the WPS suspended operations because of some legal and financial issues.

In February 2012, Hope made a new deal with Seattle Sounders Women, and later in January 2013, she was assigned to the Seattle Reign FC for season one of the National Women’s Soccer League.

At that time she had wrist surgery due to that Hope sit out half the season. She then moved to Manchester City W.F.C. in England in October of that same year. It was in 2014 when Hope returned to the Seattle Reign and found herself on the list of the Second XI team after the season finished.

Hope became a player on the U.S. junior national soccer teams, later in 2000, she entered the senior U.S. national team. At the 2004s Athens Summer Olympics, she played on the national team as an alternate, but Hope came up as the team’s primary goalkeeper in the year 2005.

In the 2007s FIFA Women’s World Cup, and the 2008s Beijing Summer Olympics, Hope was America’s starting goalkeeper, where she helped her team to win a gold medal by defeating Brazil 1–0.

In 2011, she was also one of the players in the FIFA Women’s World Cup again and earned the Bronze Ball award and a Golden Glove award. In 2012, Hope led the U.S. team to win the London Summer Olympics’ gold medal.

In 2013, Solo was out of the team for three months due to an underwent surgery on her left wrist. In 2015, Hope again helped the U.S. team to win the FIFA Women’s World Cup and the team became received the Golden Glove trophy.

In August 2012, Hope Solo started dating Jerramy Stevens who is a popular former NFL star. The two first met while studying in college.

After dating for almost 2 months, Hope and Stevens got married on November 13, 2012. On the 4th of March 2020, The two welcomed their twin child named Lozen and Vittorio.

In addition, she won some more awards including, the Hall of Game She’s Got Game Award, Do Something Award, and a Phoenix Mercury Woman of Inspiration award as well.

As one of the finest female Soccer athletes in the world, Hope Solo is considered one of the lead choices when it comes to brand promotions. Hope has signed an endorsement deal with some most popular brands like sportswear giant, Nike, etc.

Solo is one of the wealthiest female Soccer players in the country and she has been able to buy luxurious properties for herself. In 2012, Hope bought a lavish 5,330 square-foot house which is situated in one of the posh areas of Kirkland, Washington.

The house has a lot of features including, a 3-bedroom, 3.5-bathroom, swimming pool, sports court, as well as beautiful mountain views, for this property, she paid $1.2 million. Later in 2016, Hope decided to sell this house for $1.75 million. 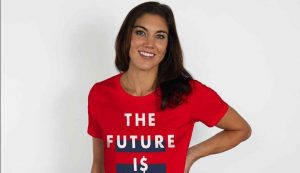 As of 2022, Hope Solo Net Worth is estimated to be around $4 million US. She is among one of the top female Soccers in the world and has received accolades as we talked about earlier.

She has accumulated a pretty good amount of money as the professional Goalkeeper. As a Soccer player, she made her debut for the national team in a match defeating Iceland in North Carolina in April 2000.

As of now the vast majority of her income comes from being a model for multiple brands and endorsement deals. Previously she has gathered a good sum of money from her super successful profession. Hope Solo’s annual salary is approximately $500k.

How much is the worth of Hope Solo?

How much money does Hope Solo make?

How old is Hope Solo?