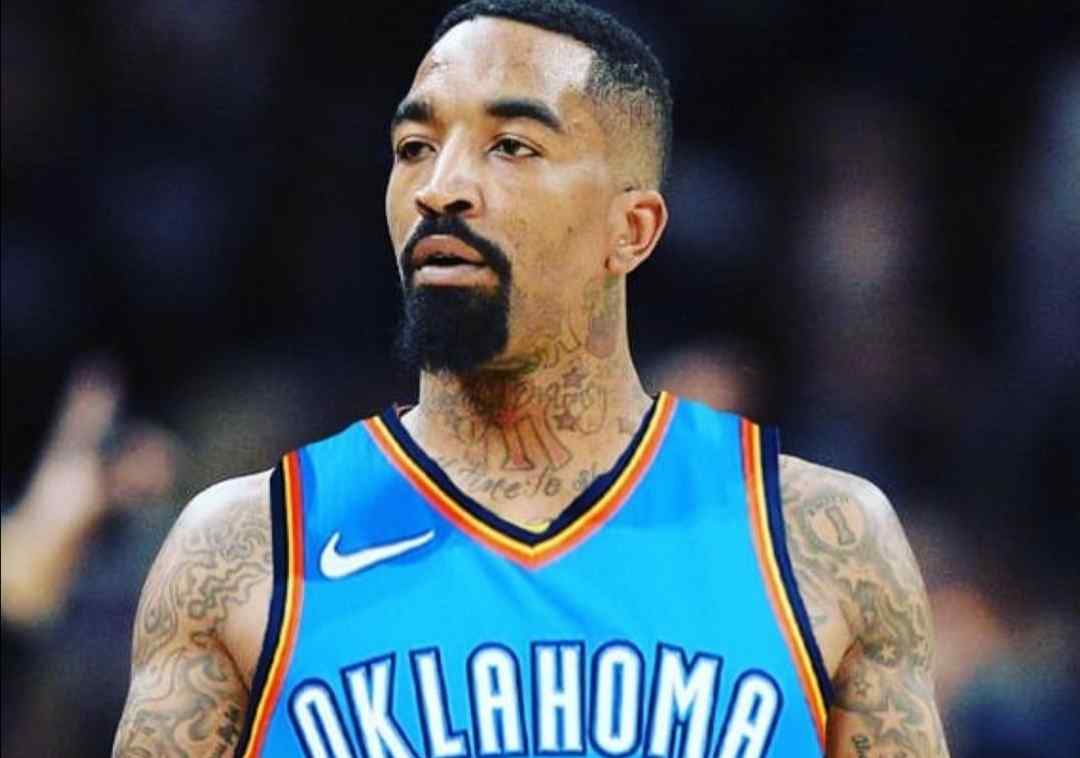 J. R. Smith is an American professional former basketball player who has a net worth of $35 million US as of 2022. He has won two times NBA champion with Cleveland Cavaliers and Los Angeles Lakers, and 2012 to 2013 NBA Sixth Man of the Year.

Smith came to the limelight after being a member of the Cleveland Cavaliers, where he won a 2016 NBA Championship. He began his basketball career while studying and after completing high school, Smith was drafted to the NBA, by joining the New Orleans Hornets. Apart from that, he has also played for several other teams such as Denver Nuggets, New York Knicks, and Zhejiang Golden Bulls.

Smith is one of the most controversial NBA players, getting hit with a series of suspensions and fines from the NBA, serious troubles with the law, and even participating in an on-court brawl. So let’s quickly talk about the total net worth of J. R. Smith his salary, income sources, career, biography, luxurious lifestyle, and a lot more.

J.R. Smith was born on the 9th of September 1985, in Freehold Borough, New Jersey, but he came up in Lakewood a small blue-collar town in central Jersey. His real name is Earl Joseph Smith III, better known by his stage name J. R. Smith. He grew up in a tight-knit sports-loving family and once in an interview with ESPN, he credited his parents for much of his success.

Smith’s father Earl Smith, Jr. was an impressive shooter himself and his mother’s name is Ida Smith. He has two brothers Chris and Dimitrius Smith and a sister named Stephanie Smith. His younger brother Chris Smith is also a professional basketball player who follows the footsteps of J. R. and plays in the NBA.

Moving on to his education, J. R. attended different schools while growing up. In 1999, he completed his graduated from Millstone Middle School and then went to Steinert High School and McCorristin Catholic High School. He finally enrolled at Lakewood High School where he came up as a part of the basketball team.

While attending Lakewood High School, he played two successful seasons for them but it didn’t last long as he went to Saint Benedict’s Preparatory School where he again started playing basketball.

At that time, Smith also developed an interest in other sports and he began playing football, and baseball, before finally returning to basketball. But in April of 2004, his plans would change, he participated in the McDonald’s All-American Game scoring 25 points and being named co-MVP with young Dwight Howard.

After that stellar performance, Smith decided to skip right past college and declared himself eligible for the 2004 NBA Draft.

Apart from that, J. R. always knew that he wanted to be a basketball player since his childhood. He shared a crib with basketball and toy hoops which were placed in every corner of the house. By the time he was three years old, the boy could sink free throws on the regular.

He learned to do pushups to improve both his strength and his jump shot form. Once his first brother entered the pitcher, the two would practice plays together.

In August of 2016, J. R. married Jewel Harris and together they have three daughters, Demi, Dakota, and Peyton Smith. His youngest daughter Dakota was born extremely prematurely in January 2017. Smith also has another daughter from his previous relationship.

J. R. was selected by the New Orleans Hornets where he was one of nine players drafted straight out of high school that year. In his first season with the Hornets, he was named Western Conference Rookie of the Month three times in a row. He averaged 10.3 points 2 rebounds and 1.9 assists per game and while the team didn’t qualify for the playoffs, J. R. was invited to participate in the 2005 sprite rising star Slam Dunk contest.

In his second season, things went pretty downhill for Smith, his stats dropped to 7.7 points per game 2 rebounds and 1.1 assists. The team spent part of their season in Oklahoma City. In July of 2006, J. R. would be traded to the Chicago Bulls before his bags were packed, he’d be it again this time to the Denver Nuggets.

Just five months later, he would become notorious as a central figure in the infamous 2006 Nyx Nuggets Brawl. The Brawl made its way into the stands and calmed down for a few seconds before breaking out again midcourt.

In the end, all 10 players were ejected from the game with seven receiving severe fines and suspensions. J. R. would miss ten games and over $126 thousand. In February of 2007, he and fellow basketball player Carmelo Anthony were involved in a car accident and just a few months later, J. R. was involved in another car accident. He was then charged with vehicular manslaughter and pled guilty in 2009.

Resulting in a 90-day sentence in monument county jail and a seven days suspension from the NBA. Coming back to the main topic, During the 2008–09 season, he was improving his abilities and being voted in second place for the NBA Sixth Man of the Year Award. That was the same year when J. R. finished in third place after participating in the NBA Slam Dunk Contest.

Through the years, he was improving as a player since hitting rock bottom in the final years with New Orleans, back then he had 7.7 points per game. In his first season with Denver, that number would rise to 13.0 and by the 2009 to 2010 season he hit a high mark of 15.4 points per game.

A number he wouldn’t top until joining the New York Knicks. But before that could happen, Smith would cross the pacific to play for the Chinese Basketball Association during the 2011 NBA lockout.

J. R. signed a one-year contract with the Zhejiang Golden Bulls of the Chinese Basketball Association in September 2011. Smith scored a whopping 34.4 points per game which led his team to the playoffs won a foreign player of the week award and was selected as a starter at the southern division all-star game.

He then made his return to the NBA signing a $2.4 million deal with the New York Knicks, which would later be bumped up to $2.8 million. 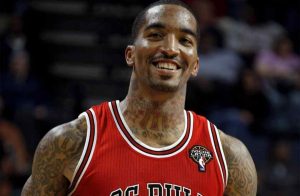 In March 2012, J. R. was fined $25,000 by the NBA for posting a picture of American model Tahiry Jose on his Twitter account. Two months later he was arrested in Miami beach for failing to appear in court for a case involving him driving a motor scooter without a license. During the 2012 to 2013 season, J. R. hit a career-high of 18.1 points per game and earned the NBA Six Man of the Year Award.

At the same time his controversies continued, he was suspended during the 2013 playoffs after elbowing Jason Terry in the chin. He then underwent surgery to repair his left knee during his recovery he was suspended for five games for violating the NBA’s anti-drug policy.

In the following year, Smith was fined $50,000 after repeatedly trying to untie the shoelaces of his opponents. During the 2014 to 2015 season, J. R. was traded to the Cleveland Cavaliers in a three-way trade with the Oklahoma City Thunder.

As of April 2015, he was suspended for two games after swinging his arm into the head of Jae Crowder. Controversies aside, J. R.’s first full season with the Cleveland Cavaliers would be one to celebrate as the team became the 2016 NBA Champions. He then also won another championship with Los Angeles Lakers in the year 2020.

As of 2022, J. R. Smith Net Worth is estimated to be around $35 million US. Unlike most NBA players, Smith fulfilled his dream of playing in the NBA match earlier, as he entered the NBA straight out of high school.

He has a pretty long career and Smith has managed to accumulate such massive wealth throughout his successful NBA career. J. R. Smith’s last contract was in 2016, he signed a four years deal with Cavs for a whopping $57 million.

As per his deal, Smith’s annual salary is estimated at $14 million. He is one of the most popular American professional basketball players in the NBA who got a lot of recognition in his career. His source of income comes from various sources such as NBA contracts as well as television commercials and endorsements.

He has seen in commercials such as Foot Locker, NBA, etc. One of his most highlighted strengths are Shooting, Athleticism, Big Body, Ball Handling, Fundamentals, etc. J. R. Smith’s net worth is growing regularly.

How much does J. R. Smith make in a year?

How much is the net worth of J. R. Smith?