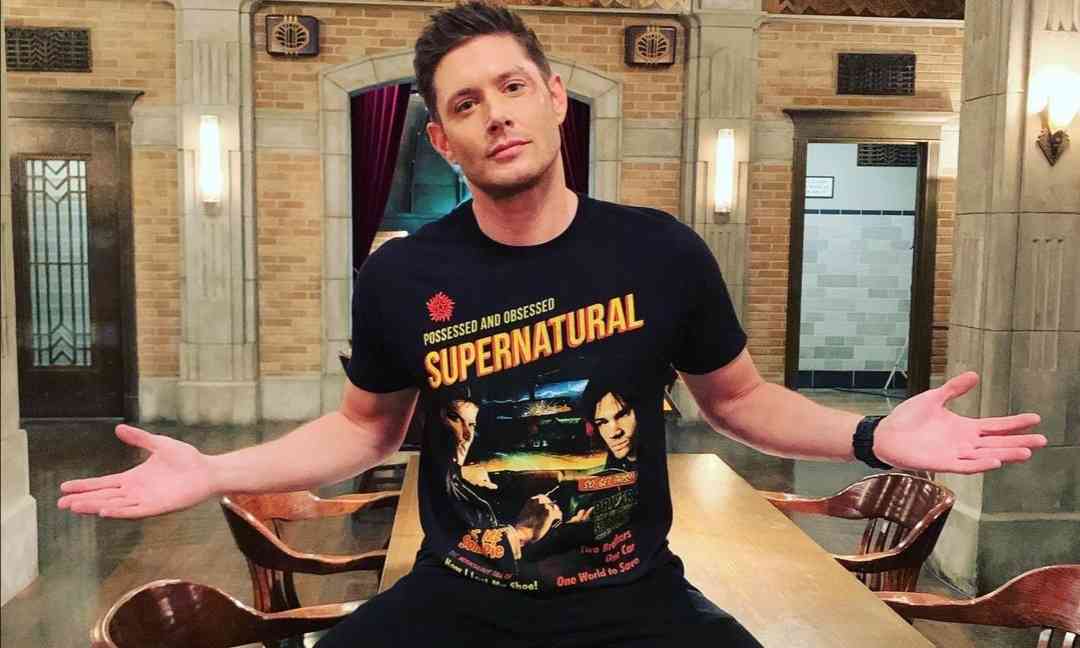 Jensen Ackles Net Worth and Salary:

Jensen Ackles is an American actor, director, producer, and voice artist from Dallas, Texas who has a net worth of $14 million as of 2022.

Ackles is likely best known for playing the role of Dean Winchester on the popular The CW series Supernatural in which he starred from 2005 to 2020. According to some reports Jensen Ackles’ per episode salary was about $175,000 while appearing on the series.

Portrayingraying this heroic character for 15 years also somehow allowed him to embody his completely different role as Soldier Boy on the hit show called The Boys.

This is Jensen’s first TV role since ending his long run on CW’s Supernatural and he enters the cast of The Boys for its third season. However, he’s had a bunch of other Hollywood roles while appearing on Supernatural too, and a long run in the industry since he was just a child.

After establishing himself as one of the prominent actors in the entertainment industry, Ackles tried his hand at other projects. In 2004 he worked as an executive producer for the short movie titled The Plight of Clownana.

Apart from acting in the series Supernatural, he also directed six episodes of the show. As a voice actor, he made his debut in the video game series Tron Evolution: Battle Grids in 2010 for which he portrayed the character of Gibson.

In 2018, Ackles teamed up with musician Steve Carlson and the two formed a Radio Company and dropped 2 albums including Vol. 1 and Vol. 2, in 2019 and 2021, respectively.

Jensen Ross Ackles was born on the 1st of March 1978, in Dallas, Texas, to mother Donna Joan and father Alan Roger Ackles. His father is an actor himself so Jensen developed an interest in the entertainment industry in his childhood.

Jensen grew up in Richardson, Texas, for the most part with his older brother Josh and a younger sister named Mackenzie. He attended Dartmouth Elementary School and then Apollo Junior High School, before enrolling at LV Berkner High School.

While here he played on the baseball and lacrosse teams and was quite the athlete. Jensen still considers himself a support junkie and loves football, baseball, basketball, and of course lacrosse.

Despite that, Jensen first started modeling when he was just only 2 and when he turned 4 he already began appearing in television commercials for brands like Walmart, RadioShack, and Nabisco. 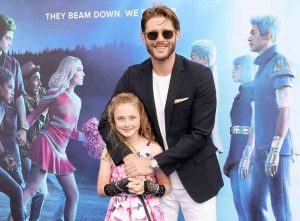 Even when he was young, he knew that he loves acting because his dad was already an actor in Dallas, and had a major influence on him. Jensen used to watch his dad’s study scripts which also taught him some things about the entertainment industry.

During his later years in high school was when he began to take theater classes and according to Jensen, he was the only jock in that department. Around the same time, one of his friends had asked him to attend a local acting class too.

Before launching his professional acting caJensen planned was to study sports medicine at Texas Tech University and become a physical therapist. But ultimately after graduating high school in 1986 he decided to move to Los Angeles to give an acting try professionally.

A year later in 1997, Jensen joined the cast of the hit NBC Soap Opera called Days of Our Lives in which he got the role of Eric Brady.

That was the turning point of his career and that role earned him the 1998 Soap Opera Digest Award for Best Male Newcomer and was nominated three more times in the following years. Even being nominated for a Daytime Emmy Award in 2000.

After spending three years on Days of Our Lives, Jesen left the cast and went on to appear in the miniseries called Blonde in 2001 which was based on the life of Marilyn Monroe.

The actor then secured a guest role on the famous James Cameron TV series Dark Angel as a serial killer Ben / X5-493 who was the brother of the main role played by Jessica Alba.

While his character died in this episode he returned to the show as a regular in the second season as Ben’s good clone Alec McDowell / X5-494. The role he continued until the show ended in the year 2002.

Jensen worked steadily throughout 2003 and one major role of that was when he joined the cast of the WB hit show titled Dawson’s Creek for its final season, playing C.J. Braxton. He also filmed episodes of the TV show Still Life in which he played the role of Max Morgan.

From there Jensen returned to Vancouver in 2004 (which was where Dark Angel was filmed) to become a regular on the superhero TV series Smallville. In this series he played the role of Jason Teague as an assistant football coach, his character was also the new love interest for Lana Lang played by Kristin Krook.

In 2005 Jensen got a lead role in the movie Devour in which his father Alan Ackles also had a role-played the dad of his character Jake Gray. So they had a chance to work alongside each other.

In the same year, Jensen joined the cast of the hit horror action series titled Supernatural where he starred as one of the two main characters, Dean Winchester.

In that popular show, Dean Winchester and his brother Sam Winchester drive through the US hunting paranormal predators and fighting demons and angels. Also sometimes being joined by their father played by Jeffery Dean Morgan.

It was reported that the creator of the series Eric Kripke who’s also the showrunner behind The Boys, mentioned that Supernatural would last a maximum of five seasons.

However, the series would end after 15 seasons instead making Supernatural the longest-running North American Sci-fi series in history.

In 2006 Jensen appeared as Boaz Priestly in the independent comedy film Ten Inch Hero which hit the film circuit earlier next year and he received a lot of praise for his comedic timing in the role.

In 2009 the film was released on DVD exclusively by blockbuster home video. Jensen also appeared on stage in early June 2007 and A Few Good Men at Fort Worth Texas alongside Lou Diamond Phillips. He not only received praise but it was also his theater debut.

In the summer of 2008, Jensen traveled to Pennsylvania to film the remake of the cult horror film My Bloody Valentine 3D where he played the lead role of Tom Hanniger. It opened nationwide on January 19, 2009.

In 2010 Jensen did some voice work including some for the DC Universe animated original movies. After a year of performing conventions, he also dropped his debut original song as a professional singer titled Sounds of Someday. That is also the first track from his debut album.

In 2020 it was announced that Jensen would join the cast of the hit Amazon prime video series called The Boys for its third season as Ben aka Soldier Boy.

This was his first TV role since ending his long run Supernatural but his character as Dean did help him in certain ways to embody his new role as Soldier Boy.

The contrast helps Jensen to be able to show off his acting chops in new ways after 15 years playing Dean in Supernatural. He did however play Villans momentarily on Supernatural a few times.

Apart from television series, Jensen starred in a handful of movies which earned him a place in the film industry. He played the voice character of Jason Todd / Red Hood in the animated action thriller Batman: Under the Red Hood.

Jensen teamed up with his in-laws as well as his wife Danneel to found the Family Business Beer Company which is located in Dripping Springs, Texas. The brewery’s title is a connection to Supernatural (“family business” being a motto for the series).

From 2018 to 2020 Jensen and his wife Danneel worked together on the Supernatural where they two had recurring roles as Sister Jo / Anael. In 2021 it was revealed that the couple was developing a Supernatural prequel spin-off titled The Winchesters.

In 2022, Jensen guest starred in the ABC drama Big Sky and the second season finale as Temporary sheriff Beau Arlen. As of now, the actor is said to return as a series regular for the show’s 3rd season. 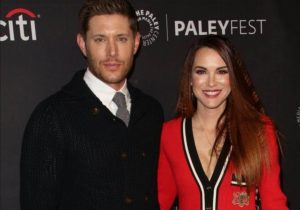 Jensen and actress, model, and gymnast, Danneel Harris started dating in May of 2006. The couple first met in 2004 while on the set of The Plight of Clownana.

After dating for a couple of years, Jensen and Danneel got engaged in November 2009. Later on the 15th of May 2010, their marriage ceremony was held in Dallas, Texas.

Jensen Ackles has a net worth of $14 million and on the other hand his wife Danneel’s net worth of estimated to be around $3 million, so the couple can afford expensive properties.

They bought a lavish house for about $6.5 million which is located in one of the posh areas of Malibu, California. They purchased the estate back in January 2015 and it spans over 5,940 square feet of living space.

Jensen and Danneel are currently living in a luxurious mansion in Austin, Texas, with their kids. The 5 bedroom house is designed by architect Paul Lamb and it boasted over 7,500 square feet of space.

The home has a giant size modern kitchen, a wine clear, a massive living room, a movie room, a home gym, as well as a swimming pool, and a backyard.

As of 2022, Jensen Ackles Net Worth is estimated to be around $14 million. He is one of the most prominent celebrities in the Hollywood industry and has done numerous acting projects throughout his career.

Jensen rose to fame after being cast in the hit fantasy horror series Supernatural for which his role as Dean Winchester earned him various awards and accolades. While appearing on the series, Jensen Ackles’s per episode salary was $175 thousand and the has accumulated such a vast chunk of money from that role.

He further gained recognition for his outstanding performance in Days of Our Lives in which he starred from 1998 to 2002.

Apart from making wealth from acting, Jensen’s income sources also come from brand endorsements, commercials, and sponsorships. The actor was featured in a handful of TV commercials including Radio Shack electronics, Nabisco, and Wal-Mart, among others.

How much is the worth of Jensen Ackles?

How much money does Jensen Ackles make?

What is the age of Jensen Ackles?