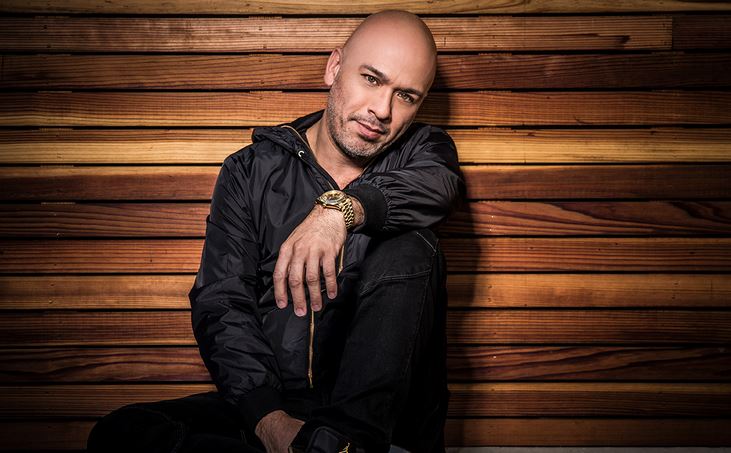 Jo Koy Net Worth: Jo Koy is an American-Filipino stand-up comedian who has a net worth of $5 million US as of 2022. The actor is best known for Comedy Central and Netflix specials.

He also received some recognition for being a regular panelist on E!’s late-night show called Chelsea Lately. Jo Koy has dropped numerous successful comedy specials and established himself as one of the most famous touring comedians on the current date.

Aside from just doing Stand-Up Specials, he also gained popularity in the film and television industry by appearing in several films and series.

He is also quite active on social media where the comedian has accumulated so much fan following. He has more than 1.5 million followers on Instagram and thousands of fans on other social media platforms.

In this post, we are going to talk about the total net worth of Jo Koy his salary, income sources, career, biography, luxurious lifestyle, and a lot more.

Jo Koy was born on the 2nd of June 1971, in Tacoma, Washington to father Jack and mother Josie. His real name is Joseph Glenn Herbert, better known by his stage name Jo Koy which was given by his father.

His father was in the US Air Force stationed in the Philippines where he first met Koy’s Filipina mother and they married. His mother used to work as a manager for a Filpino rock band.

Koy and all his siblings were raised by his Filpino mother after the divorce of his parents when he was just 13 years old. He grew up alongside three siblings, a brother named Robert and two sisters Rowena and Gemma.

After moving to Las Vegas, he enrolled at the University of Nevada, but shortly after Jo dropped out to pursue a full-time career as a stand-up comedian. While growing up his comedic talent was first discovered by his mother Josie who encouraged him to join school talent shows as well as friends and family shows.

In 1994, Jo Koy started his professional stand-up career in Las Vegas. He started gaining some early recognition when he began performing regularly on the show titled Catch a Rising Star at the MGM Grand and Casino.

From there he got motivated and decided to move to Los Angeles and where he was approached by a talent coordinator. Jo rented the Huntridge Theater after performing at the MGM Grand in Las Vegas. That was his comedy show for which he went door to door to sell the tickets.

Jo quickly grabbed the attention of many comedy shows and was offered to appear on BET’s American television comedy show called ComicView. Thereafter he showed his unique skills and his outstanding performance earned him several comedy awards as well as he performed several high-profile tours and projects.

He was cast for the two seasons of the comedy show Comic View. Jo Koy then started appearing in some other popular TV stand-up specials such as Jamie Foxx Presents: Laffapalooza!

He was selected as the regular guest commentator for more than 100 episodes of the Chelsea Lately, as a season regular roundtable guest. Koy performed on The Tonight Show alongside Jay Leno and came up as one of the few comedians to receive a standing ovation after that show.

Jo has been a regular guest on The Adam Carolla Show and joined the PodcastOne and hosts his podcast called The Koy Pond. He also starred in the American reality television series World’s Dumbest and New Millennium.

Jo earned the second invite to the Montreal comedy festival called Just for Laughs where he was awarded for prestigious Canadian Gemini Award.

Jo Koy also made his appearance on Carlos Mencia’s Punisher Tour and performed stand-up in front of an audience filling 10,000-seat arenas and stadiums all around the country.

On the 23rd of July 2012, Jo Koy collaborated with TV host Michael Yo and started a podcast entitled The Michael Yo and Jo Koy Show. Their podcast became successful and the two comedians still tour all around America and can be listened to as weekly guests on the podcast called The Adam Carolla Show.

Jo Koy is one of the top comedians in the country and has done two highly rated and most popular comedy specials for Comedy Central: Don’t Make Him Angry and Lights Out.

In February of that year, Jo became the performer for two shows on stage at the Wheeler Opera House of Aspen Colorado for the closing night of the famed Aspen Laugh Festival.

Koy teamed up with Netflix on June 12, 2020, and released a new comedy special titled Jo Koy: In His Elements which featured DJs and the B-Boys, a Filipino American comedians

Jo Koy first began dating Angie King and they two got married shortly after. The couple welcomed their first child a son named Joseph Herbert Jr., who was born on April 21, 2003. Their relationship did not last long and they got divorced after the birth of their son.

Since then, Jo Koy is a quite private about his personal life and hasn’t disclosed much information about his previous relationships. In 2018 it was rumored that Koy is been engaged to Amy Bray and then dated actress and singer Tia Carrere.

In September 2021, Jo Koy and comedian Chelsea Handler revealed via an Instagram post that they are in a romantic relationship. Some reports declare that the coupe has been dating for a long but they didn’t announce their relationship until September 2019. 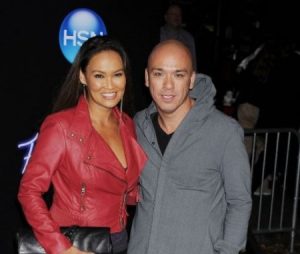 As of 2022, Jo Koy Net Worth is estimated to be around $5 million. The comedian started his professional career in the mid-1990s and has amassed a lot of wealth throughout his career. The majority of income Koy earned was from comedy specials and coinciding tours/sets.

He is also making a pretty good amount of money from hosting podcasts as well as appearing on several television shows, projects, series, and movies. Jo Koy’s annual income is approximately $500 thousand and his net worth has grown 25 percent in the last couple of years.

When it comes to charity and social work, Jo Koy has earned so much recognition for his work. On the 4th of August 2009, he hosted his first philanthropic occasion with his very own The Jo Koy Foundation, a charity stand-up show called Hilarity for Charity, which featured Jo along with many special surprise comedic guests.
The show took place at The Jon Lovitz Comedy Club, found in the heart of Citywalk, Universal City, California. All these proceeds from the ticket sales were donated to The Children’s Hospital of Orange County.

What is the net worth of Jo Koy?

How much money does Jo Koy make in a year?

What is the age of Jo Koy?