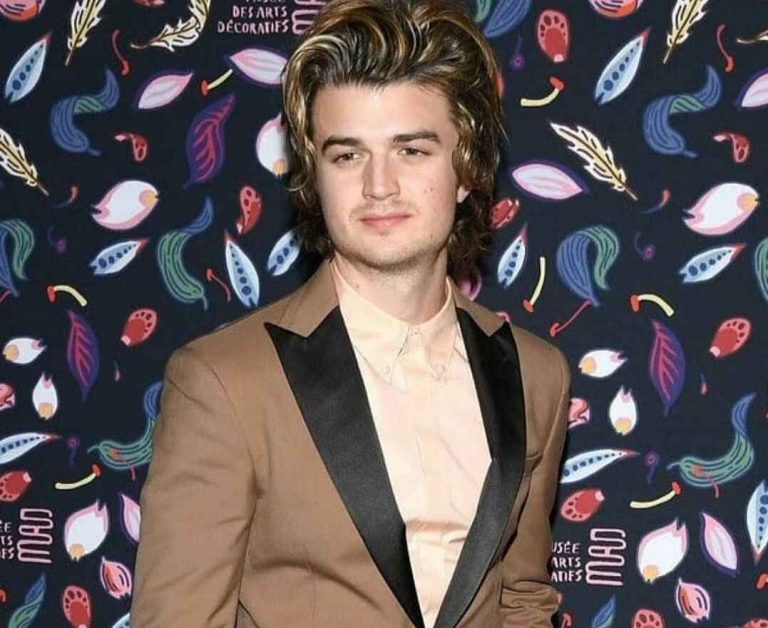 Joe Keery Net Worth and Salary: Joe Keery is an American actor and musician from Newburyport, Massachusetts who has a net worth of $4 million US as of 2023. He is best known for being part of the mega-popular Netflix series titled Stranger Things.

In the sci-fi horror series, Keery plays the main supporting role of Steve Harrington and earns a salary of a whopping $250,000, the actor has managed to gain worldwide recognition for his outstanding performance.

He also earned fame for his guest appearances on hit shows including Empire and Chicago Fire. Apart from being successful in the entertainment industry, Joe Keery became famous in the music industry when he came up as one of the members of the psychedelic rock band Post Animal which was founded back in 2014.

In the following year, the band released their EP called Post Animal Perform The Most Curious Water Activities. Later in 2018, the group dropped their debut studio album When I Think of You in a Castle.

So today we are going to talk about the total net worth of Joe Keery his salary, income sources, career, biography, luxurious lifestyle, and a lot more.

As of 2023 Joe Keery Net Worth is estimated to be around $4 million. He is one of the most recognized cast members in the hit series Stranger Things. The actor has accumulated a lot of wealth and fame from his appearance on this show.

Aside from making money from the entertainment industry, Keery also earns from brand endorsements, commercials, as well as his singing career.

He has done commercials for many big brands including Nintendo Amibo, Domino’s Pizza, KFC, Taco Bell, and many more. Joe Keery’s per episode salary is $250,000 in the 3rd season of Stranger Things.

Joe was born Joseph David Keery on the 24th of April 1992 and was raised in Newburyport, Massachusetts. His father David Keery used to work as an architect while his mother Nina was an English professor.

He was born as the second of five children and grew up alongside two elder sisters Caroline and Lizzy, and twins younger sisters Kate and Emma Keery.

While growing up in Newburyport Joe Keery attended a Montessori elementary and middle school named River Valley Charter School which is established by his mother. He then enrolled at Newburyport High School.

Keery also became one of the participants in Theater in the Open, a performing arts camp at Maudslay State Park at an early age.

He developed an interest in the field of acting in high school and was heavily encouraged by his older sisters Caroline and Lizzy. While studying in the 8th grade in middle school Keery began performing and playing music.

He completed his high school graduation and then enrolled at The Theatre School at DePaul University where he earned the degree in Bachelor of Fine Arts in Acting in 2014. 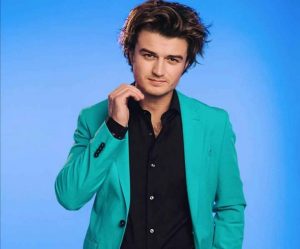 Joe Keery started auditioning for minor TV roles, commercials, and short films after completing his degree from DePaul University. That was the same time when he worked waiting tables.

Before his appearance guest role in the Empire and Chicago, Fire Joe appeared in Dominoes and KFC commercials. In 2015 he got a chance to make his acting debut with a small role in Stephen Cone’s drama film titled Henry Gamble’s Birthday Party.

The biggest breakthrough role he got was in the year 2016 when he became the cast member of the Netflix science fiction horror drama show Stranger Things. He first auditioned for the role of Jonathan but was selected for the character, Steve Harrington.

The show’s first season premiered in July of 2016 in which his role of Steve was recurring and then in the 2nd season, he came up in the main role which aired in October 2017.

In July of 2019 Stranger Things’ 3rd season premiered where Keery reprised his role and gained a lot of fan following as well as popularity in the industry.

Along with other cast members, Keery’s outstanding performance led him to win several accolades including Screen Actors Guild Award for Outstanding Performance by the 2017 Ensemble in a Drama Series.

Then in 2018, all the cast again earned vac1 Screen Actors Guild Awards nomination in the category of Outstanding Performance by an Ensemble in a Drama Series. In 2020 he became the cast as Kurt Kunkle in Spree.

Joe Keery also starred in several television shows and films while appearing on the series Stranger Things. In 2016 he played the role of Scott in The Charnel House followed by his role of Trust Fund Cole 2017 biological crime drama film Molly’s Game.

In 2018 Keery continued to play Chris in the comedy film After Everything and Jackson in the horror-comedy Slice. In 2019 he got the role of Jack / The Gimp in the short film titled How to Be Alone.

In the same year, he was selected for the recurring role of Officer Ed Reinhard in the American television series No Activity and then had the role of Duke Goolies in black mirror Death to 2020 and Death to 2021.

Joe Keery appeared in the major box office hit-action comedy film, Free Guy where he played the role of a game developer.

Apart from acting Joe Keery has a successful career in the music industry. He first gained attention after being one of the members of the psych-rock band, Post Animal which is a Chicago-based band. In this band, Keery is well known for playing the guitar.

The band dropped their first full-length album in October 2015 which followed it up with their 2nd project titled When I Think Of You In A Castle in April 2018. He also performed backup vocals despite playing the guitar on the project. Joe Keery left the band and stop touring with them in 2019.

In July 2019 Keery came up as a solo artist and he released his first song Roddy under the moniker called Djo. In the following month, he dropped his second single Chateau (Feel Alright). In September of 2019 Keery eventually released his debut album as DK titled Twenty Twenty.

His next single Keep Your Head Up was released in September of 2020 and it was promoted by him on Reddit and in a conversation with Wayne Coyne of The Flaming Lips.

Since then he began dropping his music under the moniker Cool Cool Cool. In 2022 Joe dropped his sophomore album Decide and which contains the lead single Change. He also became the part of Summer Festival tour. 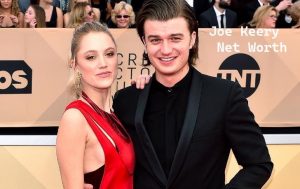 Joe Keery Net Worth is approximately $4 million, making him one of the rich actors in Stranger Things. His outstanding performance in the popular Netflix series held him to earn a vast chunk of money.

Keery’s per episode salary was about $250 thousand in the 3rd season of the show.

Keery also accumulated a good wealth from brand endorsements, television commercials, sponsorships, and of course his music career. After being cast on Stranger Things, his net worth is growing regularly and it looks like in the following years he will be on the list of top paid actors in the youngsters.

What is the net worth of Joe Keery?

How much does Joe Keery makes?

Joe Keery's per episode salary is estimated at $250k in the 3rd season of Stranger Things.

What is the age of Joe Keery?

Joseph David Keery was born on the 24th of April 1992 in Newburyport, Massachusetts, he is 30 years old.