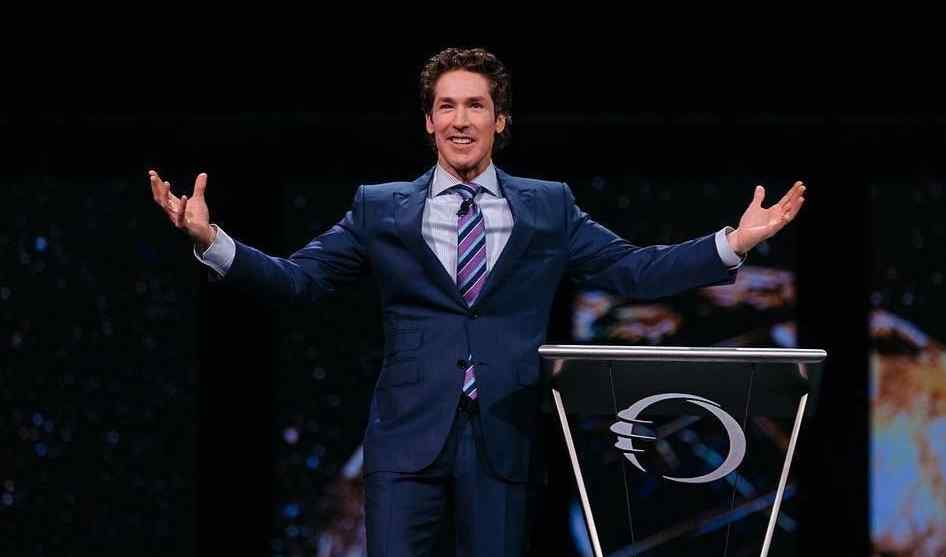 Joel Osteen Net Worth: Joel Osteen is a well-known American pastor, televangelist, and author, who has a net worth of a whopping $100 million US as of 2022.

He is one of the few pastors in the world that attracts global attention, he is a senior pastor of Lakewood Church the largest protestant church in the country based in Houston.

If we have to talk about one such person who is so popular that his sermons are seen by approximately 10 million views in the United States, and in several million more in over 100 countries weekly then we have to look at Joel Osteen.

Apart from being a popular pastor, Osteen is also an author who has written several best-selling books in the United States. He came to the spotlight when a plumber found cash worth $600,000 that was stacked between the walls at Joel Osteen’s residence.

He also made his appearance in various hit TV shows which helped to make a name and fame in the American entertainment industry.

So today in this article we are going to talk about the total net worth of Joel Osteen his salary, income sources, luxury lifestyle, the certain aspects of his life including his early childhood, career, biography, cars, houses, relationships, and much more.

Joel Scott Osteen was born on the 5th of March 1963, in Houston, Texas, the United States. Osteen is one of 5 children of John Hillery Osteen and Dolores who was called Dodie.

His father was a former Southern Baptist pastor, who founded the Lakewood Church, where Osteen is the current senior pastor. The location of the Lakewood church was actually in the back of an old feed store and that’s where he gave his sermons.

Joel Osteen studied at Humble high school which is a public high school in the city of Humble, Texas in 1981. He later enrolled at Oral Roberts University in Tulsa, Oklahoma, where he studied radio and television communications but dropped out later.

In 1982, he came back to Houston and created Lakewood’s television program, and released his father’s televised sermons for the next 17 years. He puts his knowledge of media to great use and this continued perfectly until a faithful January 1999, when his father died unexpectedly from a heart attack.

It was a classic story, his father always asked him to preach but Osteen just never agreed. However, after his father died he followed in his father’s footsteps and decided to preach his first sermon.

Two weeks after his dad’s death once he began preaching regularly and later that year he was appointed as the new senior pastor of Lakewood Church. This was on the 3rd October 1989. Lakewood’s attendance grew from 5,000 to 43,000 in 2014 due to his outstanding sermons.

In 2003, Lakewood Church took over the compact center which was the former home of the NBA Houston Rockets and the AHL Houston Aeros. The renovations alone cost $105 million and took over 15 months to complete, they added five more stories to add more capacity.

Lakewood’s 2005 grand opening was attended by 56,000 people and the crowd included the former Governor of Texas Rick Perry and then future speaker of the House, Nancy Pelosi.

Adding to Osteen in 2008 Lakewood’s Church’s weekly service TV program was viewed in more than 100 countries. Lakewood Church estimated that about 7 million viewers per week watch the service.

Osteen was featured on Barbara Walters’s list of the 10 Most Fascinating People of 2006. The former U.S Senator John McCain said that Osteen was his favorite inspirational author. Around 2010, the Osteen family even attended Easter breakfast at the White House which was hosted by President Barack Obama.

Osteen is also known for publishing Best-selling books. In October 2004, he released his first book called Your Best Life Now: 7 Steps to Living at Your Full Potential, and it was a big hit by reaching the number #1 position on the New York Times Best Seller List.

In 2007, he authored his second book titled Become a Better You: 7 Keys to Improving Your Life Every Day, which also topped the New York Times Best Seller List and has the first printing of over 3 million copies.

Despite this, Osteen also made his appearance on many TV shows such as Friends of God: A Road Trip with Alexandra Pelosi, Words of Art, Piers Morgan Tonight, and The Star.

In 1987, in the beautiful summer of April 4th, Joel Osteen married Victoria Osteen, who later becomes the co-pastor of Lakewood Church.

The two have a son named Jonathan Osteen and a daughter named Alexandra Osteen. Osteen is quite private about his personal life and hasn’t disclosed information about how he met Victoria.

Joel Osteen is one of the biggest celebrities in the United States and he is living a luxurious lifestyle in his 70,000-square-foot mega-mansion. The house is located in one of the beautiful places of River Oaks, Houston and it’s an approximate value of $10.5 million.

The property has a lot of unique and luxurious features that span across a large mansion including, 6 bedrooms, 6 bathrooms, several open wood fireplaces, elevators, a bedroom guest house, a pool, etc. The home also has a huge backyard which is surrounded by green trees which makes this space more private.

Osteen owns a garage teeming with luxury cars, he owns a Ferrari 458 Italia, which is valued at more than  $270,000. He has a 20-vehicle garage which includes many other expensive cars.

As of 2022, Joel Osteen Net Worth is about $100 million US. He is one of the richest pastors in the United States and has earned a lot of fame throughout his career.

Osteen is the senior pastor in the Lakewood Church which is the largest church in the US and has an annual income of 70 million dollars. The majority of Osteen’s earnings are primarily from Lakewood Church where he has been working for a long time.

90 percent of his income is coming from the Church followers. According to him, he said that he doesn’t want people to think he’s doing it for money. He is already earning a vast chunk of that money from the $43 million annual collections of the Church. Apart from that, Osteen also makes money from his best-selling books, radio shows, as well as television shows.

The pastor is an in-demand public speaker who has given amazing speeches and he earns well from his speaking engagement fees. As per several reports, Joel Osteen’s annual salary is estimated to be around $55 million, and his net worth of growing regularly.

How old is Joel Osteen?

How much does Joel Osteen make?

Joel Osteen’s annual salary is calculated to be around $55 million, which he earns from his profession.

How much money does Joel Osteen have in his bank account?

Joel Osteen is a famous American pastor, televangelist, and author, with a net worth of a $100 million US as of 2022.

Who is the wife of Joel Osteen?

On the 4th of April 1987, Joel Osteen married Victoria Osteen, who is the co-pastor of Lakewood Church.