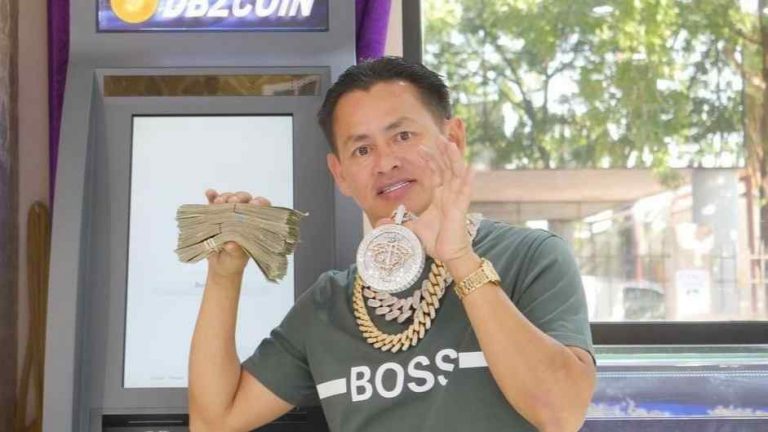 Johnny Dang’s Net Worth is roughly to be around $25 Million US as of 2023. He is a famous Vietnamese- American jewelry designer and an entrepreneur who gained popularity worldwide. He is well known for popularizing the diamond and gold mouthpieces, “Grillz” and also being the owner of the famous company named Johnny Dang & Co.

He is considered one of the top jewelry suppliers in the entertainment industry, who made custom ice for the biggest hip hop names including, Kanye West, Jay Z, Beyonce, Niki Minaj, Lil Wayne, Cardi B, and more. Johnny Dang is also known as the King of Bling and he has achieved a lot of fame in the music world by providing unique designs of Gold to artists.

He also gets his name dropped in dozens of rap songs from award-winning rappers such as Gucci Mane, Migos, Lil Pump, Chief Keef, and more. So without any further delay, let’s discuss the total net worth of Johnny Dang his salary, assets, luxury properties, income sources, businesses, career, biography, lifestyle, earnings, and much more.

Johnny Dang was born on the 21st of November 1974, in Buon Ma Thuot, Vietnam. He grew up in a small village in the central Vietnam highlands with his four siblings. His father was a soldier in Vietnam who was allied with the Americans in the war.

In 1987 his dad fled to America by boat in search of a better life. It was then he settled in Texas along with Johnny and started a jewelry business by opening a small shop. In 1996, Johnny’s entire family moved from Vietnam to Texas where they started taking their jewelry business more seriously.

After that, he attended Houston Community College where he completed a bachelor’s degree in English. Before moving to Texas, Johnny learned, how to make jewelry while staying in Vietnam which helped him a lot to bring his business to another level in the United States.

Johnny Dang first got to work at a flea market repair stall, earning about $100 per month at that time he met with the rapper and entrepreneur Paul Wall. Paul was impressed by Dang’s skills to create grills that didn’t require the filing of teeth. Paul had the connections and insight in the industry that helped Johnny break into the hip-hop scene. So their partnership started and continues to this day.

The two started to show up at hip-hop nightclubs like Coco Loco, etc. By 2000, Dang’s business was booming and Johnny tried to make things unique for each of his rapper clients, using things like round diamonds, different colored diamonds, and several embellishments. Later, Johnny and Paul cooked up a few other crazy ideas to get some further media attention surrounding their business.

Johnny Dang & Co currently has many locations including, the original in PlazAmericas, and many others. He keeps using his game bringing the world’s never before seen Grill designs like the famed ‘invisible baguettes’ that he designed for Quavo.

Johnny Dang is married to Jennifer Dang and they are spending millions of dollars on their luxurious lifestyle. Johnny and Jennifer also have two kids and enjoy spending as much of their free time as they have. Johnny’s daughter was born on September 6, 2005, and later on April 19, 2007, he was blessed with a son. 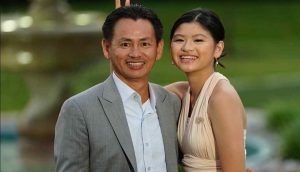 As of 2023, Johnny Dang’s Net Worth is estimated to be around $25 Million US. He is one of the richest jewelers in America also he is no less than any big celebrity in the entertainment industry. The major source of his income comes from his business as he owns a company called Johnny Dang & Co from which he already has generated a vast chunk of money.

Johnny Dang’s annual income is more than $2 million as of now. Apart from that, he also spends his money on charity work and often held charity giveaways for kids in his city through his association called Johnny Dang Charities.

What is the worth of Johnny Dang?

How much money does Johnny Dang make in a year?

Johnny Dang’s annual income is more than $2 million as of now.

How old is Johnny Dang?

Hey everyone, that brings us to the edge of this content, if you like this where we talked about Johnny Dang’s Net Worth and his Biography. Then share this worthy information with your friends and your social media formats. We like to read your comments plus your ideas and we will give a piece of the exclusive full details to you. Thanks.