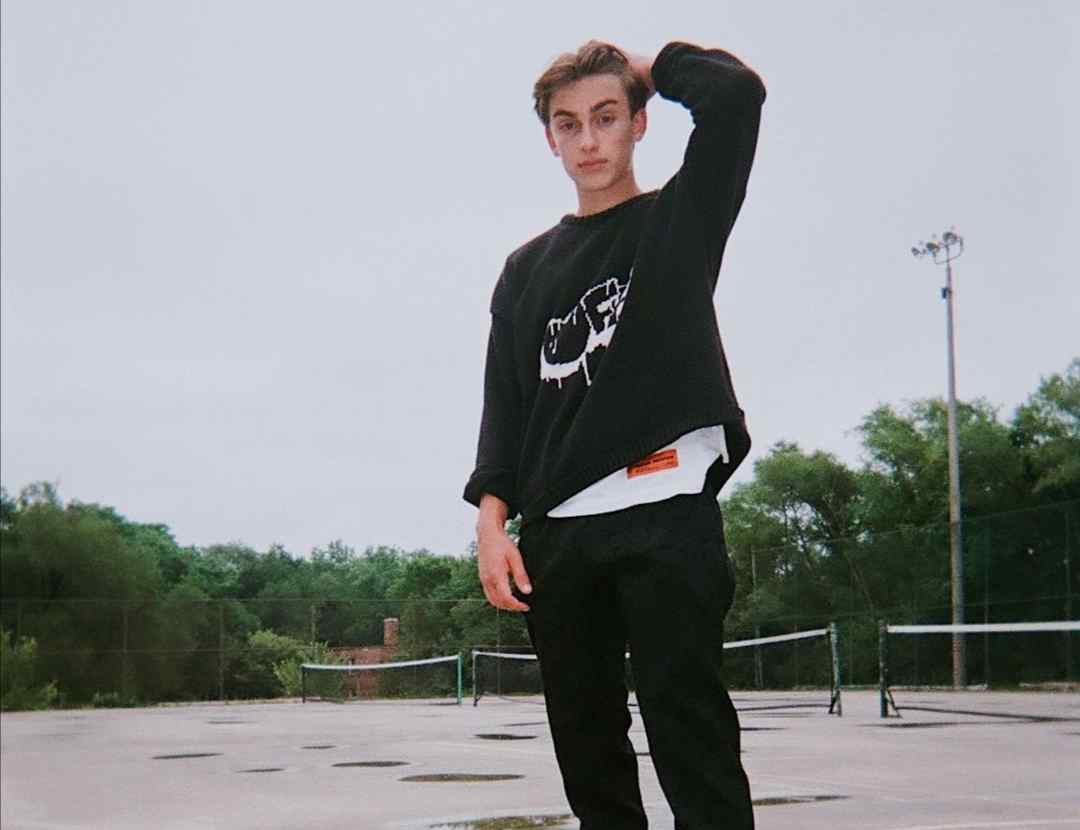 Johnny Orlando Net Worth: Johnny Orlando is a Canadian singer, songwriter, vlogger, and actor, who has a net worth of $1 Million US as of 2022.

He received a lot of attention after uploading several covers of pop songs by high-profile singers such as Austin Mahone, Taylor Swift, Rihanna, Justin Bieber, and Shawn Mendes to his YouTube channel.

He gained so much fame in the music world at an early age. In 2019, Johnny also got a nomination as a Breakthrough Artist of the Year for the Juno Award. He has worked on several EPs and tracks which helped him to make his name and fame in the music industry.

Johnny Orlando is considered to be one of the top rising singers who released his debut extended play at the age of just 12 years. So in this article, we will be talking about the total Net Worth of Johnny Orlando his earnings, assets, luxury lifestyle, career, biography, songs, and more interesting facts about his life.

John Vincent Orlando was born on January 24, 2003, in Mississauga, Ontario, Canada. His dad Dale Orlando is a lawyer while his mother Meredith Orlando is a housewife.

Johnny has three sisters an elder sister Madison who is a YouTuber a second elder sister Darian who helps him to write new songs and a younger sister Lauren Orlando a singer and vlogger.

Moving on to his education, in June 2017, Johnny did his graduation from middle school. He was interested in singing and songwriting from his childhood and started singing by the age of 6. At that time Johnny Orlando attended musical schools.

On 6 December 2011, Johnny Orlando created his YouTube channel and started posting the covers of songs by famous artists like Justin Bieber and Austin Mahone.

He first uploaded Justin Bieber’s single titled “Mistletoe” in which his older sister Darian helped him to record the video. That video went viral and amassed over 100k views on YouTube within a month.

After getting so much success from his first video, Johnny and his sister Darian began posting the covers of popular singers Justin Bieber, Shawn Mendes, Selena Gomez, Taylor Swift, and Austin Mahone.

In 2012, Johnny dropped his first original song titled ‘Summertime’ on his YouTube channel and then he uploaded numerous singles.

In 2015, Orlando released his debut extended play titled VXIIXI, and then in March 2019, he dropped his second EP called Teenage Fever.

Before that in 2018, he signed a deal with the popular label Universal Music Canada and released numerous singles, including Day and Night, ‘What If, ft Mackenzie Ziegler, All These Parties, Last Summer, Waste My Time, Phobias, See You, and more.

On October 23, 2020, Orlando dropped his third EP It’s Never Really Over. Apart from the songs, he made his appearance in several shows and films like Pinocchio 2018, Total Eclipse 2018, Group Chat with Annie & Jayden in 2020, Nickelodeon’s Unfiltered in 2021, and many more.

Johnny Orlando has received several nominations and won the Best Canadian Act award at MTV Europe Music Awards in 2019 and 2020.

Johnny Orlando has been able to live a luxurious lifestyle, he is no less than any rich young celebrity. In 2020, he bought his first racing car. Apart from that, he has a luxury Porsche 911 which costs around $97,400.

As of 2022, Johnny Orlando Net Worth is roughly $1 Million US. He is one of the top singers among the youngsters and has earned a lot of fame in a short period.

Johnny has made a vast chunk of that money via the music industry such as album sales, live streaming, and other business ventures. He is also making money from appearing in films as well as web series.

Johnny Orlando is well known for sharing content on his YouTube channel where he gets millions of views on every single video. He has almost 4.7 million subscribers on YouTube, which he earns a lot. Johnny Orlando’s annual salary is over 250,000 dollars.

How old is Johnny Orlando?

How much does Johnny Orlando make?

What is the worth of Johnny Orlando?

How tall is Johnny Orlando?

Hey everyone, that brings us to the end of this content, if you liked this where we talked about Johnny Orlando Net Worth and his Biography. Then just share this exceptional article with your associates and your social media forms, whoever likes recognizing the lifestyle and the bio of their young singers. We like to know your theories and we will give a complete full report to you. Thanks.