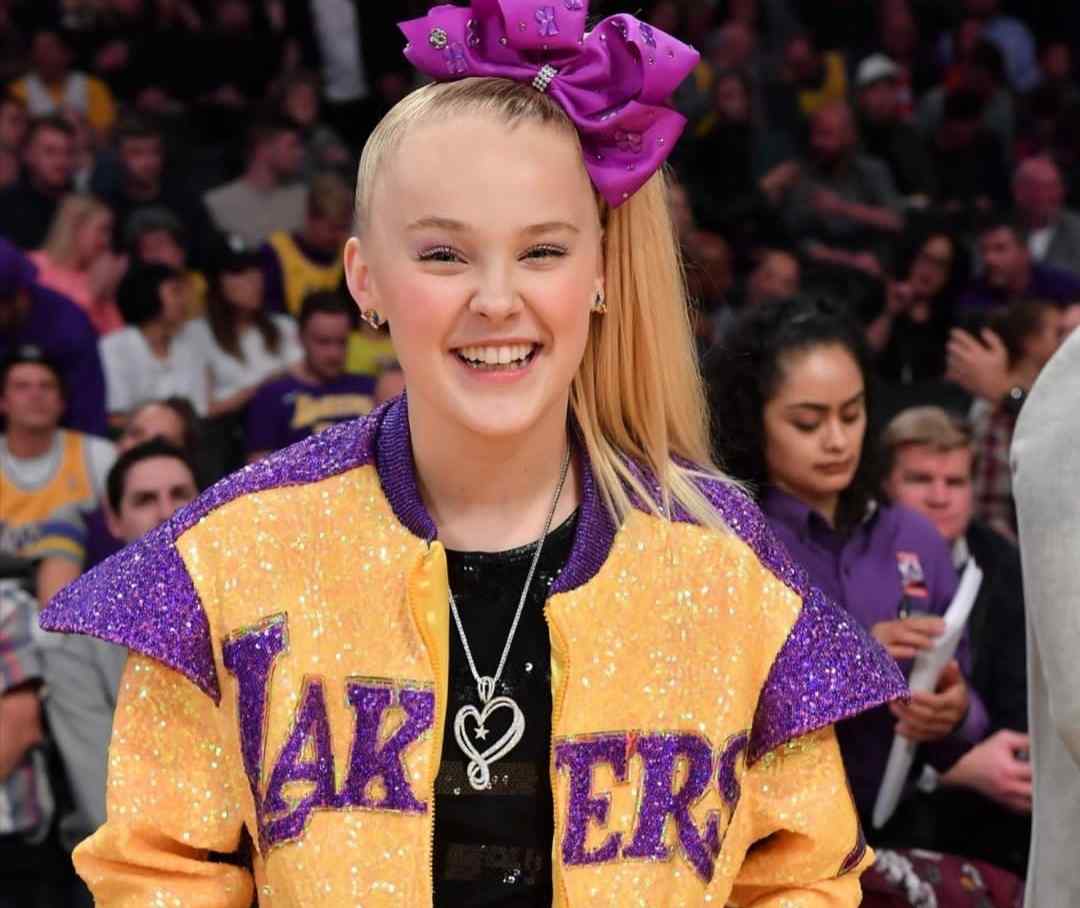 Jojo Siwa Net Worth: JoJo Siwa is an American singer, dancer, actress, and YouTube personality who has a net worth of a whopping $14 million as of 2022. She first gained attention when she competed on the show called Abby’s Ultimate Dance Competition, at the age of just 9 years old.

After getting success from the show, she started appearing as a dancer on the popular reality television series Dance Moms. That show became the turning point of her career as she earned worldwide recognition. But her real success came when Siwa created her YouTube channel with the title Its JoJo Siwa on 2 February 2015.

She started posting regularly on YouTube and soon after she became an internet sensation when her videos are getting viral. Most of her videos are hundreds of millions of views and she became an overnight celebrity. Siwa has managed to amass more than 12 million subscribers on her channel before 2021.

In addition, she earned fame in the music world after releasing her debut single Boomerang in 2016. The song immediately went viral and garnered more than 16 million views within just two weeks of its release, as well as received Gold certification. It was in 2020 when Time Magazine revealed that JoJo Siwa has been named on the annual list of 100 most influential people all around the world.

So in this article, we are going to discuss the total net worth of JoJo Siwa her salary, income sources, career, biography, luxurious lifestyle, and some more interesting facts about her.

Jojo Siwa was born Joelle Joanie Siwa on the 19th of May 2003, in Nebraska, United States. She is the daughter of Dr. Tom Siwa and Jessalynn. Her father is a Chiropractor while her mom is a dancer instructor. Siwa grew up in Omaha with her older brother Jayden Siwa.

Her mother ran a local dance studio so JoJo was exposed to dance from a young age. According to her mom, Jessalynn entered her daughter into her first dance competition when she was only two years old. Outside of teaching her dance, Jessalynn also homeschooled young JoJo and she had her one grade ahead of her age.

Jojo would dedicate herself to dance practicing five to six hours a day and her mother would submit videos of her performances and then take her on auditions all over the United States. She started her professional dance lessons at the age of five and enrolled at her mom’s dance academy.

In 2013, JoJo went on audition to appear on the Lifetime reality series Abby’s Ultimate Dance Competition (AUDC). In this show she was the youngest competitor and was a top-five finalist, sadly she got eliminated in week nine.

JoJo continued to work away at her dance dreams then in 2015 she appeared on seasons 5 & 6 of another lifetime reality show called Dance Moms in which she appeared along with her mother. Her attractive personality and dance skills helped her to grab the attention of the audience and shortly after she became a teenage idol.

Jojo Siwa’s career started when she was only 2 years old, later she participated in the reality show AUDC where she became the top finalist but was eliminated.

The breakthrough moment of her career was when she appeared along with her mother on Dance Moms. That show earned her a lot of recognition all around the world and she became an internet sensation.

In 2015, JoJo began posting videos on YouTube, where she would produce an assortment of content including, pranks, challenges, and of course music videos. She had a passion for singing so she started uploading her songs.

Jojo soon became known online for her energetic personality as well as her likeability. However, the videos weren’t as high quality as they are today. Soon after her videos quickly started to amass views in the millions as she soon garnered a massive social media following.

Aside from her success on YouTube, she became a huge sensation on both Instagram and Twitter. Now realizing the power of her voice and personality, well she got to work on making some serious music. Jojo was quickly becoming a role model for young people everywhere and she regularly interacts with her fans.

In 2016, at the age of 13 years old, Jojo Siwa released her debut single titled Boomerang, where she addressed the issues of bullying head-on. The single Boomerang was released on Itunes eventually going Platinum in the United States during the summer of 2017. As of now the music video of the song amassed over 900 million views on YouTube.

Jojo has also proven to be a successful brand in the world of fashion and she came up with the release of a hair bows line in collaboration with Clair’s. The line has been extremely successful in the United Kingdom and it’s targeted at girls ages 6 to 12.

After getting success in the business field, she also faced a little controversy. Reports began to circulate in Britain that children were being bullied at school over the JoJo Bows. Students were also competing over the authenticity of their respective Bows.

It was also discovered that many students from low-income backgrounds, and were unable to afford Bows which went for 8 to 12 pounds in local stores. These issues resulted in the Bows being banned from schools across the UK. Then the British Department of Education defended the decision by pointing out that schools could do anything within reason to ensure the safety of all the students.

After that, Jojo Bows’ band got off to a rocky start and over the 15 years, the old performer has seen her line expand. She is now partnered with J.C Penney and released a line of accessories including bedroom decor and even her own children’s Doll.

She also has a line of books that motivates young people and the titles include, JoJo’s Guide to the Sweet Life, Things I Love: A Fill-In Friendship Book, JoJo and BowBow Take the Stage, Ghostess with the Mostest, and many others. After that, her mom decided to shut down her dance studio to focus on her daughter’s ever-growing career.

Apart from all that, Jojo has also made moves into the world of acting, she is signed to Nickelodeon and appeared in series such as Make It Pop, Bizaardvark, and The Thundermans.

She also had a brief role in Audrey on the television adaptation of School of Rock. In early 2018, Jojo starred in the made-for-TV Nickelodeon movie titled Blurt!. At that same time, Jojo was in attendance at the 2018 Teen Choice Awards.

In 2019, Jojo announced that she is ready to start her debut concert and the tour was scheduled to visit various theaters, and outdoor stadiums, in more than 52 towns. On the 26th of June, her tour was scheduled in Austin, Texas, and then it was resumed for leg 2 on July 10, in Orlando, Florida.

In January 2021, JoJo Siwa came into the limelight when she became a member of the LGBTQ+ community. At the end of 2021, she has been on the subject after she changed her entire look from her signature hair bows and high ponytail to create a very glamouring appearance at the (AMA) American Music Award 2021.

In the year 2020, JoJo Siwa has been in a romantic relationship with TikTok star Mark Bontempo from August to November. She then revealed that the couple had broken up in November 2020.

In early 2021, JoJo revealed in an interview with The Tonight Show Starring Jimmy Fallon, that she had a girlfriend named Kylie Prew, with whom she started dating just a month after coming out with her identity.

During the premiere of The J Team, JoJo made her 1st red carpet appearance with friend Kylie in September of that year. In the following month, JoJo and her girlfriend Kylie got separated. 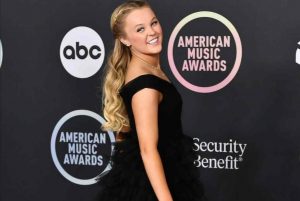 At the age of 16 years old, JoJo Siwa purchased her first mansion for $3.5 million. It’s a gorgeous house in the LA Suburb of Tarzana, California. The 6,000-square-foot house is a Mediterranean-style residence that looks normal on the outside but on the inside, it’s a kid wonderland and hues of pink and blue.

Usually, the mansion has bars but JoJo’s house has a candy bar stocked with every candy she desires including, M&Ms, Skittles, and a lot more. The home also has a dedicated merch room packed to the brim with pink JoJo Siwa goodies from bags to unicorns to her signature colorful bows.

She also has a ping-pong table, a foosball table, and a custom-made pool table. Outside there is a basketball court which can also be turned into a volleyball court and there is a swimming pool that almost perfectly matches JoJo’s signature blue color.

In this big mansion, JoJo has several candy machines which cost her thousands of dollars. Moreover, the house has marble floors, fireplaces, a gourmet kitchen, French doors, and many other features included.

JoJo rides in her style to celebrate her dream concert tour and loves buying expensive cars. She got a BMW 4 Series Convertible for Christmas, the car was decorated at WestCoast Customs and the cost of the car is around $55,300. She also owns a New Tesla Model X Customized with dozens of photos of her face and the price of the car is $138,990.

As of 2022, JoJo Siwa Net Worth is estimated to be around $14 million US. She is one of the most popular and highest-paid young celebrities in the American entertainment industry and has gained huge fame throughout her super successful career. The majority of her income comes from numerous sources including, acting, dancing, and singing.

She is a multitalented personality who released several songs and appeared in various television series. She first gained attention after appearing in Dance Moms and since then she has earned a lot of stardom in different professions. She also has signed a deal with Nickelodeon and has been featured in multiple movies and series.

JoJo has accumulated a lot of fans as well as a fortune on social media, she has more than 12 million subscribers and amassed almost 4 billion total views on her YouTube channel. Her source of wealth also comes from brand endorsements as she has launched her own children’s brands as well as books. She was also named on the 2022 list of Forbes 30 Under 30. JoJo Siwa’s annual income is over $1 million.

At only 18 years old JoJo Siwa is living her best life with a net worth of 14 million dollars. She has come a long way in her hometown Omaha, Nebraska to make a name for herself as a dancer on Dance Moms when she was just nine years old.

While many of the contestants weren’t too fond of her or her mom’s big eccentric personalities it was precisely those traits that helped JoJo build an empire and become a household name.

She splashes out for vacations such as for one Christmas she took her whole family on a luxurious cruise. Apart from being on the sea, she likes to take trips to the most magical place on Earth Disney where she spent her last Christmas with her family. JoJo Siwa’s net worth is growing day by day.

What is the age of JoJo Siwa?

How much does the JoJo Siwa have in her bank account?

What does Jojo do for a living?

Jojo Siwa is a well known American dancer, singer, actress, and YouTube personality who rose to fame after appearing on the reality show Dance Moms. She gaiend further recognition for uploading lifestyle vlogs on YouTube where she has garnered billions of views.

How much JoJo Siwa is making?