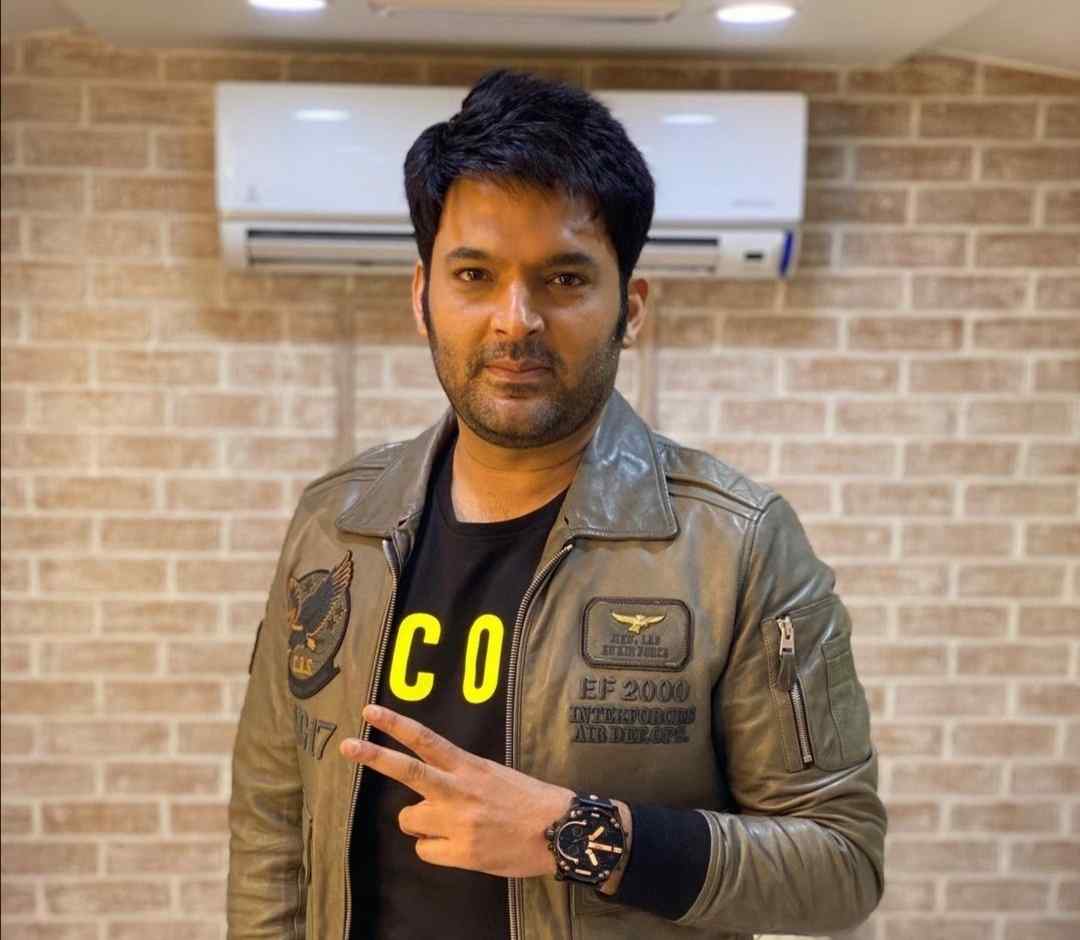 Kapil Sharma Net Worth and Salary: Kapil Sharma is an Indian actor, stand-up comedian, TV presenter, and producer who has a net worth of $35 million. The actor rose to fame after launching his show called The Kapil Sharma Show which became one of the most-watched reality shows in the country.

Apart from this, show, Kapil has hosted various hit reality shows as well as award shows. He is also known as a good actor and singer, who has achieved great success in the world. The comedian has millions of fans all around the world, who just wait for his new films and shows. Here we will be talking about the lifestyle of Kapil Sharma his net worth earnings, career, biography, love life, and much more.

Kapil Sharma was born Kapil Punj on the 2nd of April 1981 in Amritsar, Punjab India, he is currently 41 years old. His father Jeetendra Kumar Punj was a constable in the Punjab police who died in 2004 due to cancer.

His mother’s name is Janak Rani she is a housewife. Kapil did his schooling at the SHRI RAM Senior Secondary school in Amritsar, and then he completed his graduation in Computer Science from the Hindu College Amritsar. Although he said in an interview that he was not interested in studies because he wanted to become an actor.

Kapil had a very struggling journey, he used to work at several places to overcome his financial conditions. Now, he has managed to achieve great success in his career and became one of the richest comedians in the country. Apart from that, Kapil has a brother named Ashok Kumar Sharma who works as a Punjab Police Constable. He has a sister named Pooja Pawan Devgan who is married.

Comedian Kapil Sharma’s Net Worth is $35 million in 2022, which is in Indian rupees 261 crore. He makes millions of rupees from his show especially “The Kapil Sharma Show” which become the world’s best comedy show.

Kapil Sharma’s per episode salary is around 70 to 80 Lakhs. He is a very famous stand-up comedian actor in India. Kapil Sharma’s monthly income is 3+ crore. He is also the owner of a production company named K9 Productions.

In the early days, he hosted several famous reality shows including “Comedy nights with Kapil “Family Time with Kapil Sharma” and more. He invites Bollywood stars, and singers to his shows.

Kapil Sharma is one of the best stand-up comedians in India. He has been doing one of the most difficult jobs to make people happy. In this stressful life, laughter is the best therapy. Kapil is one of the highest-paid comedian actors in India. According to the Forbes 100 celebrity list, Kapil ranked 53 in 2019.

When it comes to Kapil Sharma’s wife, in 2017, he started dating Ginni Chatrath who is also an actor and comedian by profession, at the end of 2017, they got engaged. On 12 December 2018, Kapil Sharma and Ginni Chatrath finally got married in Jalandhar, Punjab.

They welcomed their first daughter named Anayra Sharma on December 10, 2019. In early 2021, Kapil and Ginni were blessed with their second child a son named Trishaan Sharma.

Kapil got his first audition for the television reality show called The Great Indian Laughter Challenge where he was rejected. He then again entered the show as a wild card entry and later became the winner of the show, After winning this show, he won 10 lakh rupees, which he spent on his sister’s wedding. Kapil first came to Mumbai to become a singer but now he is well known for his outstanding comedy.

Kapil launched first his show in 2013 “Comedy night with Kapil” which was telecast on Colors TV. Apart from that, Kapil also hosted reality shows such as “Jhalak Dhiklaja season 6” the comedy show “Chhote Miyan”, and ”Family Time with Kapil” and appeared as a contestant in the reality TV Ustaadon Ka Ustaad in 2008.

In Kapil’s first film he played the lead role of Kumar Shiv Ram Kishan and earned a lot of recognition in the entertainment industry. The film became a super hit by grossing over 74 crore Indian rupees at the box office. In 2017, he appeared in his 2nd movie called Firangi which was a historical drama film.

In 2016, Kapil confirmed a contract with Sony TV and came up with a new show “The Kapil Sharma Show” which broke all the records. It became the most-watched show not only in India but also in the whole world. As a producer, Kapil worked on the Punjabi movie Son of Manjeet Singh which was released in 2018.

Despite this, he has hosted several shows such as the 60th Filmfare Awards in 2015, as well as appeared as a guest star in the reality show Bigg Boss 11 and many others.

The Kapil Sharma Show Cast’s average salary is 5 to 12 lakhs per episode.

Let’s talk about Kapil Sharma’s car collection. he is a respectable person in the Indian entertainment Industry. Kapil has a lot of expensive and luxury cars, including “Mercedes Benz S350 CDI”. This beauty comes from eight airbags and lots of other options, it’s cost him around 1.4 crore INR.

Kapil Sharma lives in Mumbai. he owns lots of other properties in Mumbai. but right now he lives in DLH Enclave in Andheri west with his mother and his wife Ginni Chatrath. Apart from that, he has a beautiful luxury flat, Kapil Sharma house worth is (15 crores INR).

The interior of the house is a modern design with fully furnished. he also has a beautiful ( 25 crores  Bangalow) in Punjab, where he belongs. Kapil also has a Swanky Vanity Van, which has first-class facilities. that’s recently shown on Instagram. this luxury van costs 5.5 crores.

Kapil Sharma has been Endorsing different famous brands. some of them are here, Honda, Policy Bazaar, OLX, and more. Kapil Sharma’s earnings are 1 crore INR that comes from brands, and his  Average movie remuneration is more than 4 crores. maximum of his income that he earns through a TV show, especially “The Kapil Sharma Show”.

let’s talk about Kapil Sharma’s income tax, During an episode of the show, he revealed how much he is paying to the government. he told that he is paying a 15 crore income tax in a year.

What is the Net Worth of Kapil Sharma?

Comedian Kapil Sharma Net Worth is $35 million in 2022, and {261} crore Indian Rupees. also, Kapil Sharma's income is 70 to 80 Lakhs per episode of the show. He is a very famous stand-up comedian-actor in India.

How much does kapil sharma earn?

Kapil Sharma's earning is "1 crore INR" that comes from brands, and his Average movie remuneration is more than "4 crores". maximum of his income that he earns through a TV show, especially "The Kapil Sharma Show"

How old is Kapil Sharma?

What is the Kapil sharma show entry fees?

What’s up guys, I hope you guys are doing fine. That was the Net worth and all the information about Kapil Sharma. if you enjoyed this post or if you have questions to related this post, don’t forget to tell us in the comment section below. it will help us to keep on track. Keep Smiling. PEACE.