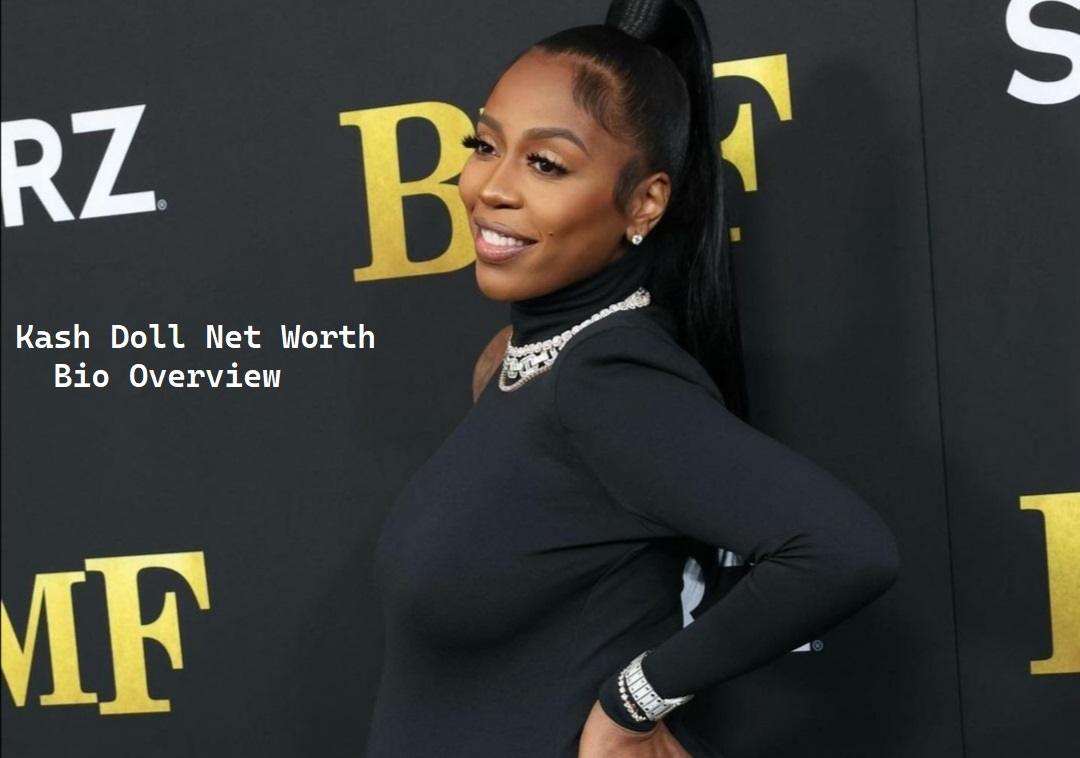 What is Kash Doll Net Worth and Income?

Kash Doll is an American actress, rapper, musician, and dancer, from Detroit, Wayne County, Michigan, who has a net worth of $2 million as of 2022. Her real name is Arkeisha Antoinette Knight better known by her stage name Kash Doll.

She gained popularity in the music world after releasing her hit tracks including 2017 For Everybody and 2018s Ice Me Out. Both of the tracks were later included in her debut album called Stacked which she released in 2019. Ice Me Out came out as the album’s lead single and earned her a lot of fame in the industry.

Since then Doll has continued to release more mixtapes, hit singles, and EPs such as The Vault, Brat Mail, Run Me My Money, and many more.

After being signed with the popular label Republic Records, Kash has teamed up with several high-profile artists such as K. Michelle, Meek Mill, Big Sean, Summer Walker, The City Girls, Iggy Azalea, etc.

Kash Doll is quite active on social media and has more than 6 million fan followers on Instagram alone. Her regular appearance on social media helped her to grab the attention of millions of people.

Kash Doll was born Arkeisha Antoinette Knight on the 14th of March, 1992, in Detroit, Michigan.

Her mother was 15 years old at the time of Arkeisha’s birth, her mother remarried a year later to a man named Shawn and Arkeisha grew up with 5 younger siblings whom her mom had with her stepdad. The family lived in a house located on the West side of Detroit Off Dextor.

Arkeisha was less provided for the loss of her biological father at such a young age, she actually didn’t find out her biological dad had passed away until she was around 10 years old. When she heard the news, she went from being a straight A student to being a bit of a troublemaker.

At that time she got into all scraps while at school and also practiced dance as she was an aspiring dancer. Moreover, Arkeisha began writing poetry on the side. Eventually, her bad behavior at Henry Ford College led her to expel from there after enrolling for 2 years.

During her formative years, she was already the most popular girl in the Town and won awards for Best Dress and Class Popular. While Arkeisha was earning popularity on the outside, her mother and stepfather were constantly arguing and she was eager to move out on her own.

Arkeisha knew that she wanted to become a rapper and will pursue her dream one day. Instead, she held out several jobs including working as a babysitter, as well as a janitor for Ford Field, then worked at BETTER MADE chips factory, Little Caeser Pizza, and Best Buy.

After Arkeisha graduated from Detroit City High School, she found that all the girls who had gone to high school were earning cash from the dance. It didn’t take long for Arkeisha to follow their lead and in one of her first shifts, she pulled in $700.

From that point forward she began making more money and threw a party where she earned $11,000 and then on her birthday she made a whopping over $26,000. Her performance and popularity at the club gave her the confidence to pursue her dreams of becoming a rapper.

Around this time Arkeisha became influenced by artists such as Jenifer Lopez, Rick Ross, and Mary J Blige. She spent a couple of months in the booth before entering the music game in 2014.

Arkeisha gave her first performance which was outside of a school known as Cass Tech where she performed on top of Hummer’s car. Since then she has been invited back to her high school where she served as a role model for young girls.

In 2014, Arkeisha made a remix of Tinashe’s track titled 2 On which gained a lot of popularity and then caught the attention of Detroit’s radio station known as WGP Hot 107.5. She started collaborating with other rappers including Icewear Vezzo, Trina, Cash Out, Lil Still, and many more.

In that same year, she had already started booking gigs in the Detroit area. She then dropped her first since Run Me My Money a cover of AVs which received pretty good reviews and earned her some early recognition.

In 2015, Arkeisha came up with the release of her first mixtape titled K.R.E.A.M. Kash Rules Everything Around Me.

In that same year, she started getting offers from several record labels and eventually signed with BMB Records. Under the deal, she dropped her EP entitled Keisha Vs. Kash Doll where she collaborated with Zaytoven, B.O.B, Lyrica Anderson, and Trina.

The extended play became successful and was downloaded over 600,000 times in the first two days.

Arkeisha got a big break when she got an opportunity for her and she found herself performing for Drake at his Summer Sixteen tour stop in Detroit.

In 2016 Kash Doll dropped her third mixtape, Trapped in The Dollhouse, and that year she also put out her first EP called Kashin’ Out which was through RMMR and Republic Records.

In 2017 Kash Doll announced that she would be making her television debut via BET’s Hip Hop Awards. In January of 2018, Kash Doll declared that she was released from her contract, and then she was featured on Big Sean’s single So Good.

She also recorded the song For Everybody which quickly went viral and garnered more than 74 million views on YouTube. In 2018 Doll made her cinematic debut in the drama film titled Birds of a Feather II opposite music producer Zaytoven.

On her birthday Kash Doll released her mixtape called Brat Mail in March of 2018. At the same time, she cited this one as a gift to her fans, it was also a celebration that she had been released from her contract. Apparently, they were limiting her ability to create original music.

In 2020, Kash Doll put out her debut album Stacked with the single Ice Me Out being a breakout hit. For that project, she collaborated with Lil Wayne, Big Sean, Trey Songz, and more.

Moreover, she also teamed up with Australian rapper Iggy Azalea for the song  F*ck It Up which was released in 2019. That song was featured in Azalea’s second studio album, In My Defense.

In 2020, Kash Doll made her television debut in the musical drama Empire in which she appeared in two episodes. She then had a recurring role of Monique in the 2021 crime drama series BMF. 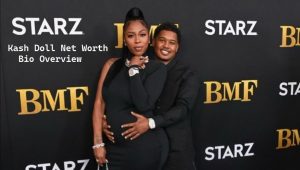 Around the year 2018 Kash Doll was in a romantic relationship with Tory Lanez a Canadian rapper, singer, and producer.

As of 2022, Kash Doll Net Worth is estimated to be around $2 million. She is one of the most hardworking rappers in the country and has collaborated with a number of high-profile artists including Drake, Lil Wayne, and many more.

Kash’s popularity increased in the music world shortly after she released her song For Everybody in 2017. She then again came to the limelight with her further music including the single Ready Set and her first album, Stacked released in 2019.

The main source of her income comes from the music industry such as live shows, tours, collaborations, live streams, album sales, as well as her YouTube channel.

Kash Doll began making money in 2014 when she started booking gigs in the Detroit area and since then she earned a pretty vast chunk of fortune for herself.

What is the net worth of Kash Doll?

How much money does Kash Doll earns?

What is the age of Kash Doll?