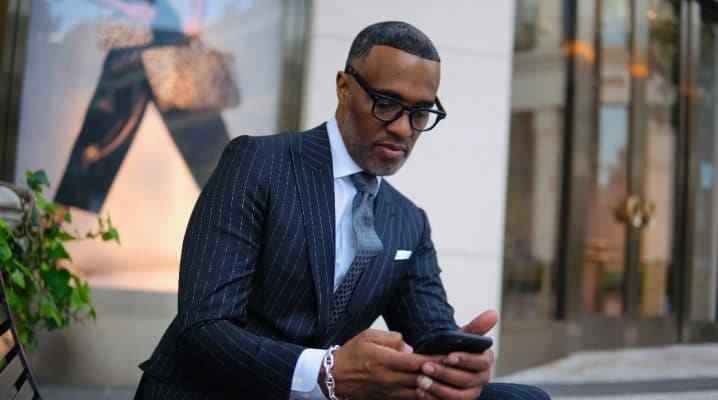 Kevin Samuels Net Worth: Kevin Samuels is an American Youtuber, Image Consultant, Dating Expert, Life Coach, and Social Media Influencer who had a net worth of $4 million. He was best known for being one of the top motivational speakers and helped with his advice and guidance.

He helped people to build their multi-million dollar businesses through his suggestion and motivation. Kevin Samuels would go from being a chemical engineer to one of social media’s most popular image consultants.

He also was the brand ambassador and owned a self-titled company. Apart from having success in the business industry, he found himself involved in numerous controversies throughout his career.

So today we are going to talk about the total net worth of Kevin Samuels his successful career, biography, relationships, assets, brands, expensive car collections, and a lot more.

Kevin Roshon Samuels was born on the 13th of March 1969, in Atlanta Georgia. Now details on his past are far and few between but it’s believed that his parents split when he was young.

Kevin lived in Oklahoma City and he attended Millwood High School where he completed his graduation. While growing up Kevin was obsessed with fashion as well as lifestyle and he did his best to make statements with what he was wearing.

After graduating from high school Kevin stayed local and enrolled at the University of Oklahoma where he was a member of the Kappa Alpha Psi Fraternity. He also earned a degree, not in fashion but in Chemical engineering Graduating in 1991.

Despite his education and training, when Kevin entered the working world he started in a variety of sales roles. In a particular, he began working at Office Depot as a business development manager for several years.

In 2009 Kevin joined a media company called Supermedia/Idearc, working in the sales department as an advertising sales agent. After working for almost two years he left the company in 2011.

Later he joined the advertising and marketing firm known as The Real Yellow Pages in 2013. It was while working here, that Kevin’s future career as an image consultant began to take shape.

He was already known for his trademark tailored suits, the final push took place when he was working on a PR project for an attorney on the path toward becoming a judge. At the time attorney had an upcoming interview with the state’s governor and she turned to Kevin to help her to prepare.

He accompanied her to a high-end fashion store and picked her out an entire ensemble and at the end of the experience, she was so pleased with how she looked.

That was the turning point of Kevin’s career and he knew he realized that he could switch careers to do what he was passionate about. Kevin then left the Yellow pages behind and he set up his image consultancy firm in Atlanta Georgia.

After moving to Atlanta, Having began offering clients advice on everything ranging from personal shopping choices to private styling, brand integration as well as interview coaching under his bannerman image consultant.

Shortly after he expanded his firm to include women and businesses as well. Kevin designed signature looks for his clients that worked for any occasion.

After spending the first few years on his new career, building up his business, and cultivating his brand, Kevin then turned to social media to extend his outreach. This idea would wind up working like Gangbusters Because, in the span of just a few years, he suddenly became one of the most popular influencers in all of America.

Soon after Kevin turned to YouTube to create his very own channel where began uploading content regularly. Often offering his opinion on a range of topics from fashion statements to fragrance selections to social issues and of course relationship advice.

Having established a strong online presence for himself in the late 2010s well wouldn’t be until December of 2020 that Kevin went viral with the upload of a now-infamous video which was titled Your Average at Best. In this video, he got ruthlessly honest with a woman and what her expectations should be in finding a man.

His opinions immediately split his audience down the middle. Now over a portfolio few years on Youtube and Instagram, Kevin would continue to upload videos with titles like “Do Modren Women Want More That They Deserve” and “Ladies The Older You Get The Less You Get”.

Even though Kevin Samuels was himself twice divorced well it never stopped him from speaking his mind on relationships. He hasn’t disclosed much information about his ex-wives.

He had been in a relationship with many women throughout his career. According to some reports, Kevin also had a kid who is not publically known.

On Thursday, May 5th, 2022, Twitter was suddenly on fire with rumors that Kevin Samuels passed away. This is when Instagram account plug talk claimed that he had died from a heart attack.

That report had originated from a Twitter comment in which someone claimed to have inside knowledge of Samuels’ passing from responding officers that had been on the scene.

It takes some time for a story to emerge but eventually, a police report came to light one that claims that Samuel spent the night with a woman in her Atlanta apartment. After complaining of chest pains well he reportedly passed out on top of her at which point she called for help. 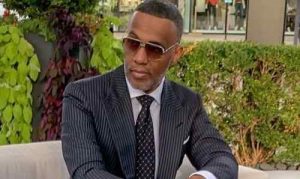 As of 2022, Kevin Samuels Net Worth was estimated to be around $4 million US. The majority of his income he earned from his profession as a Youtuber, Image Consultant, Dating Expert, Life Coach, and Social Media Influencer.

He created his YouTube channel back in 2015 and has accumulated a big number of over 1.4 million subscribers on the channel. He used to upload videos about fashion, lifestyle, as well as dating woes, which helped him to gain more followers.

From his YouTube channel, Kevin earned around $5,000 in a month and as an image consultant, his per client salary was up to $10,000. Kevin Samuels’ annual income was around $500k.

What is the net worth of Kevin Samuels?

Kevin Samuels Net Worth was $4 million.

How much money does Kevin Samuels make?

What was the age of Kevin Samuels when he died?

Kevin Roshon Samuels was born on the 13th of March 1969, he was 56 years old when he was passed away.