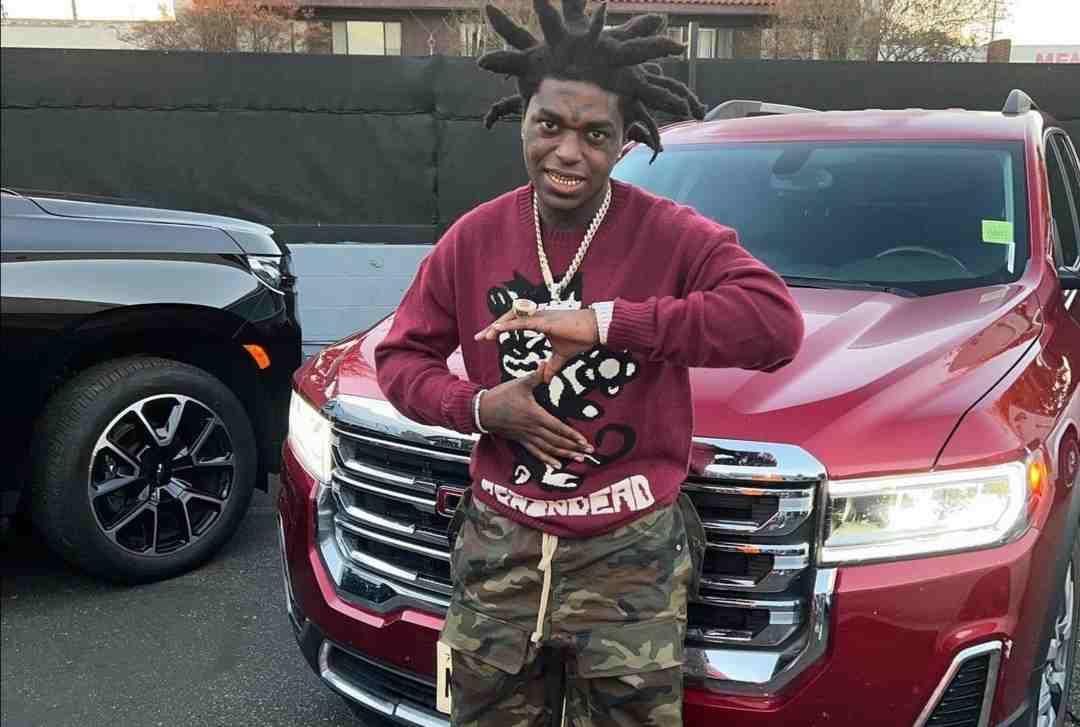 What is Kodak Black Net Worth?

Kodak Black is an American hip-hop rapper, singer, and songwriter, from Pompano Beach, Florida, who has a net worth of $5 million as of 2022. His real name is Dieuson Octave, later adopted the stage names Kodak Black, J-Black, and Bill Kahan Blanco.

Kodak first came to the spotlight after releasing the hit singles Tunnel Vision and No Flockin, which would get him to the attention of some of the high-profile artists in hip-hop like Drake and set him on a path to superstardom.

The rapper has established himself as one of the most prominent stars in the music world after releasing 4 studio albums, 7 mixtapes, 35 tracks, and more than 50 music videos as well as making his featuring appearance on 10 songs.

Kodak also gained popularity with his songs Super Gremlin and Zeze which hit the charts peaking at #2 on the Billboard Hot 100 as well as number 3 on the charts. Apart from being successful in hip hop, he has also been in the media for his involvement in various public controversies and legal issues.

Dieuson Octave was born on the 11th of June 1997 in Pompano Beach, Florida, a city located in Broward County. His parents were immigrants from Haiti to the states a few years prior to Kodak’s birth.

Kodak was raised by his single mother Marcelene Octave in the Golden Acres Public housing project in Pompano Beach and did not know about his father. He grew up with an older brother John Wicks and a younger brother.

Kodak’s living hell included extreme rates of poverty, drug addiction, and violence surrounding him at all times. He was expelled for fighting in the fifth grade but just because he was tough, doesn’t mean he was quite smart.

When Kodak was in elementary school he competed in spelling bees and would occasionally outspell high school students. Around this time he was always looking for ways to expand his vocabulary.

Kodak attended C. Robert Markham Elementary School, while that time he began rapping with some of his cousins. He began listening to artist Lil Bossie as an early inspiration. He would battle kids in his community for money, and just like in spelling matches, he win battles against some older guys.

At the age of 12, he rapped his verses to some of the older fellows in his neighborhood, and they were impressed. Soon they invited Kodak to their home studio to begin recording but their studio wasn’t just a microphone and computer, it also doubled as a trap house.

From that point forward Kodak was first introduced to hustling. Although he wasn’t interested in anything street related, he went to the trap house every day after school just could record music.

After spending enough time in the trap house, his new friends, and influence rubbed off on him and he started hustling for some extra cash. Kodak attended Blanche Ely High School in Pompano Beach in 2014 where he began studying to earn a diploma but he was in prison when he graduated in 2018.

Kodak Black’s rap career started when he became a part of a local rap group named Brutal Youngnz where he used a few different rap names such as J-Black. That was the time when he was just 12 years old. Eventually, he changed the group name to The Kolyons.

Kodal caught the attention of a record label called Dollaz N Dealz Entertainment with whom he later signed. Around this time he went to jail.

Upon his release, he signed with Dollaz N Dealz, and in December of 2013 Kodak Black launched his first mixtape “Project Baby” for which his music had a huge buzz locally and was playing packed-out performances all around Florida.

The rapper released two more mixtapes in 2014 and 2015 respectively including “Heart of the Projects” and “Institution”,

The biggest breakthrough moment of Kodak’s career came in 2015 when the legendary Canadian singer Drake performed one of his singles titled Skrt.

The song quickly went viral on social media and earned him a lot of recognition all around the world as well as Kodak became one of the most searched artists on Google.

In 2015, famous rapper Drake danced to one of Kodak’s songs, ‘Skrt’, and this was one of Kodak’s major career-defining moments. Several ‘google’ searches for his song soared and he was exposed to national fame. 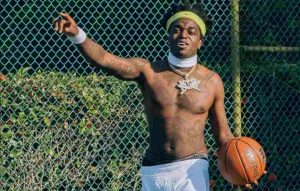 Kodak found such amazing success after the release of his 4th mixtape “Lil B.I.G. Pac” which was released under Atlantic Records and debuted on various Billboard Charts becoming his first project to reach the music charts.

Kodak again came to popularity in 2017 when he dropped the hit single Tunnel Vision which topped several American music charts as well as peaked 27 at number 6 on the Billboard Hot 100.

In August of that year, he released his second album Project Baby which contains the breakthrough single Codeine Dreaming. The album’s song Codeine Dreaming came up as its most streamed track peaking at number 52 on the Billboard Hot 100 chart.

Following this, Kodak dropped the mixtape “Heartbreak Kodak” on Valentine’s Day 2018 for which he again saw a success. Before he dropped his 3rd studio album, Kodak was in the prison for one year. Eventually, he released his third studio album Bill Israel in 2020.

Kodak Black followed that up with his fourth album Back for Everything released in 2021 and it also hit the charts peaking at #25 on the Billboard 200.

The album includes the hit song Super Gremlin, which garnered almost 200 million views on YouTube. Happy Birthday Kodak was another mixtape that he released in June 2021.

Kodak Black and a lady named Maya were in a relationship in the past. The couple also welcomed their first child. Later they parted ways and Maya also blamed him for not supporting her financially in raising their baby boy.

Kodak spent the majority of his childhood growing up only with his mom and grew up alongside 4 other siblings. He was expelled from school in the fifth grade for fighting and was later arrested while in middle school for grand theft auto. He says while growing up he had two options, sell drugs with a gun on his hip or music.

In the beginning, Kodak wasn’t only rapping about crimes he was still committing them, soon after he faced a punishable by life charge for carjacking. Before making rap a real career, he was hustling as a means of survival.

Things started to get bad for him in Feburary of 2016 when Kodak Black was arrested for sexual battery in Florence South Carolina. Only two months later he was seen buying a week from a drug dealer and when he attempted to flee from police in his car he threw a weapon out the window.

After recovering the pistol, Kodak was arrested for possessing a weapon. Despite being a convicted felon as well as for possession of marijuana and multiple traffic charges. After three months in prison, Kodak was sentenced to 1 year of house arrest and 5 years of probation.

He was also ordered to complete community service, anger management, as well as community control supervision programs. In November of 2016, Kodak was eventually released but then immediately extracted to South Carolina for the sexual battery charge where he was freed after uploading a $1,000 bill.

In early 2017 he was arrested once more for violating the terms of his house arrest such as assaulting a bartender at a bar in Miami.

A police raid on his Florida home turned up charges for grand theft and firearm possession of a weapon, possession of cannabis over 20 grandchild neglect without great bodily harm, and two counts of parole violation.

In April Kodak was once more sentenced to 364 days in prison and was released in August of 2018. He was again arrested and in January of 2021 Kodak released his track Last Day In to celebrate his release from jail.

Kodak Black has a net worth estimated to be around $5 million and the rapper has been able to spend money on expensive properties. He bought the luxurious mansion for about $3 million on his mother’s birthday. The rapper also shared that news on his Instagram profile and is currently living in Florida.

As of 2022, Kodak Black Net Worth is approximately $5 million He is one of the most rising rappers in the country and has released numerous hit singles throughout his successful career.

In 2017 he dropped his debut studio album Painting Pictures and the album peaked at number three on the Billboard 200 and sold over 71,000 units in its first week.

Things started looking up for Kodak when Drake ended up posting a video of himself dancing to one of his songs which essentially brought Atlantic records to his door. Kodak Black’s annual income is more than $1 million.

The majority of his income comes from album sales, live concerts, tours, as well as collaborations with other artists. Kodak Black created his YouTube channel in March of 2013 and as of now, he has almost 8 million subscribers.

What is the age of Kodak Black?

The 25 years old rapper, Dieuson Octave was born on the 11th of June 1997 in Pompano Beach, Florida.

How much does the Kodak Black have?

How much Kodak Black is making?