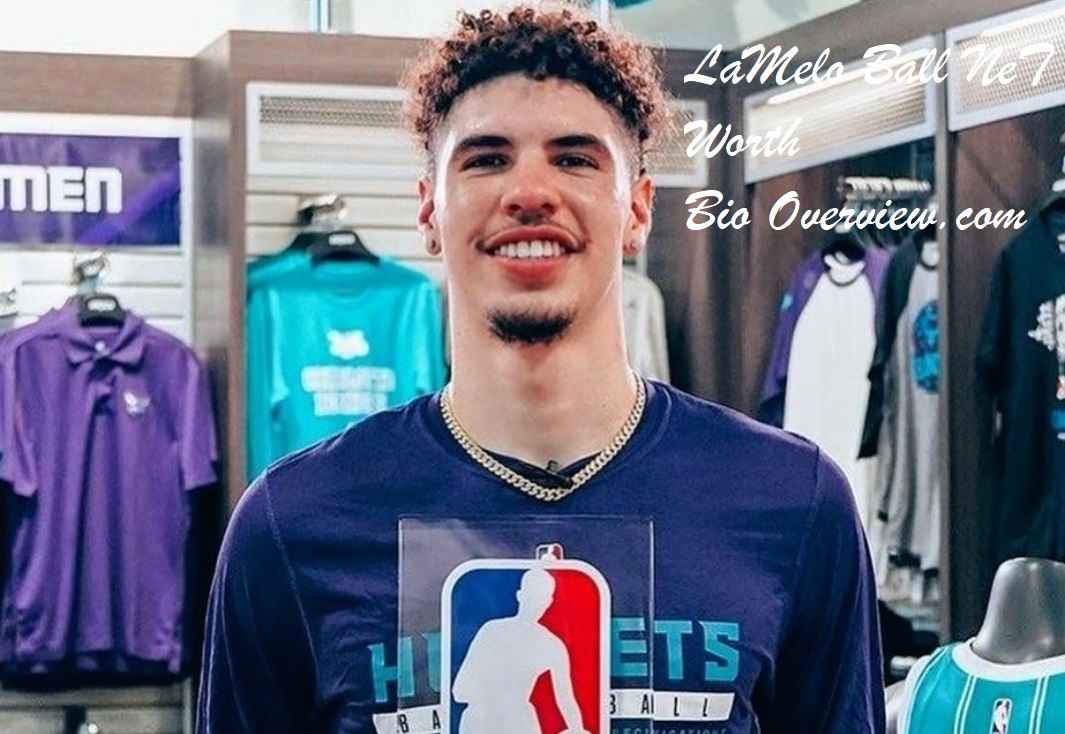 LaMelo Ball Net Worth and Salary: LaMelo Ball is an American professional basketball player from Chino Hills, California, who has a net worth of $20 million US as of 2022. LaMelo picked up news coverage from Sports Illustrated, ESPN, 247 Sports, and CBS Sports for his 2016 half-court shot only a few seconds into a game.

He is one of the top rising NBA players, considered an upcoming prominent star since his early teens. LaMelo is best known for being the son of legendary star LaVar Ball as well as he is the younger brother of LiAngelo Ball and Lonzo Ball.

Moreover, he became the youngest player ever to sign a professional basketball contract. The player is also active on social media such as Facebook, Instagram, and Twitter, where he garnered millions of fans. He first came to popularity after appearing on Ball in the Family the Facebook Watch reality show.

LaMelo LaFrance Ball was born on August 22nd, 2001 in Chino Hills, California, having a first name that starts with the later L seems to be a family tradition. His dad LaVar Ball is best known for playing college basketball as well as football and is also a social media celebrity and a businessman.

While LaMelo’s mother Tina was also a basketball player and his dad LaVar spotted her at Cal State. LaMelo grew up with older brothers Lonzo and LiAngelo Ball and both of them are well-known professional basketball players.

When LaMelo was in preschool, his dad calculated that the age difference between the brothers was one year off, if the brothers were going to play a year of high school ball together, so LaMelo started first grade a year early.

When LaMelo turned four, his dad threw them all on the court and coached the trio, always having them play against much older players. LaVar also enrolled them in flag football when the brothers were 7 and 8 and LaMelo was 5 years old.

Growing up basketball was everything for LaMelo and some LaMelo’s favorite players were Lebron James, Stephen Curry, and Kevin Durant. LaMelo played on behalf of several amateur clubs throughout his childhood coached by his father.

For high school, he attended Chino Hills High School in California and he started playing basketball in full swing under coach Steve Baik. LaMelo often played against much older boys them him, but his practice with his brothers had him ready for this and he became the top scorer.

He was named for the school team and played against John Muir High School on June 16th, 2015. From that point forward he impressed his mentors and the crowd by scoring 27 points on his debut. In his next match, he scored a consistent 20 points against Centennial high school.

That same year he scored another 20 points against San Bernardino High School. Soon his talent started drawing some attention from colleges and universities who wanted to recruit him in the future.

UCLA sought and clinched a verbal deal from LaMelo to play for them in the future when he was only 13 years old. LaMelo spearheaded his squad by scoring 26 points to Clinch win over Sierra Canyon School to win the California Interscholastic Federation (CIF) Southern Section Open Division Championship in March of 2016.

In the same month, Chimo became the number one ranking team in the United States and eventually qualified for a State Championship.

LaMelo scored 14 points to steer his team to victory in the final of the 2016 CIF State Boys Basketball Championship against De La Salle High School in a 70-50 finish. In 2016 LaMelo was named the  Co-Freshman of the Year by MaxPreps.com and he found his place in the coveted MaxPreps Boys Basketball Freshman All-American First Team.

Even Steph Curry saw it and take about it during a press conference. By the end of 2016, LaMelo was maintaining an average of 30 points per game. In the following year in Feburary, LaMelo scored 92 points to propel his team to another crushing victory against Los Osos High School. In 2017 Lavar didn’t see eye to eye with Chino Hill’s newly appointed head coach Dennis Latimore and he quickly decided to pull his son from the team.

From there LaMelo started playing overseas spending his Junior season in Lithuania and part of his senior year on the JBA International tour where he played against some twice his age. LaMelo also became the youngest player ever to sign a Professional basketball contract.

He then returned to America and joined SPIRE Institute, a prep school in Ohio, and in August 2019 he made his debut in the Drew League. At the end of 2017, LaMelo and his brother LiAngelo signed a deal to play professionally overseas with agent Harrison Gaines. Later the brother got offered by Gaines to play with professional teams in several European lands as well as in the Japan Basketball League.

LaMelo’s professional basketball career started in December of 2017 when he and his brother LiAngelo signed a deal with Prienai of the Lithuanian Basketball League (LKL). LaMelo made his professional debut in January 2018 by scoreless in 5 minutes against Lietkabelis. Later his LKL season finished where he made an average of 2.4 assists and 6.5 points, shooting 26.8 percent from the area, in 12.8 minutes per match.

In May of 2018 LaMelo signed with JBA the Los Angeles Ballers of the Junior Basketball Association and began playing with them and in the Lithuanian Basketball League for Prienai. That same year LaMelo found himself as a JBA All-Star and won the JBA championship. Along with his brothers, he won the state title in high school and forgo playing at UCLA to play in Australia for the Illawarra Hawks.

When comes to LaMelo Ball’s girlfriend, the basketball player is dating a lady named Ashlyn Castro. Ashlyn is an Instagram model.

According to a report, the young player LaMelo signed a whopping $100 million long-term shoe deal with a well-known brand called Puma just before the NBA draft. In the 2020 draft class, he was the only rookie to made sign a large shoe deal. 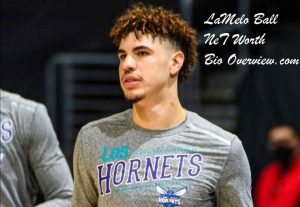 As of 2022, LaMelo Ball Net Worth is estimated to be around $20 million. He managed to earn a huge sum of money from his successful basketball career and he is still making a lot.

The Ball family is also making a lot from their Facebook show called Ball in the Family for which the family was paid millions of dollars and that allowed them to pick up a $5.2 million pad which they referred to as The Ball Estate.

Back in 2019 LaMelo announced that he will be taking a trip down to Australia where he will be playing in the JBA League earning $3,000 a month and will receive 60 percent of the profits from his Jersey sales which sell for $80.

LaMelo LaFrance Ball, also known as “Melo,” is a professional basketball player who currently plays as a point guard for the Charlotte Hornets of the NBA. Playing for the Chino Hills basketball squad, he and his brothers became a nationwide phenomenon.

LaVar Ball, their dad, used the celebrity of their sons to sell his sons extremely successfully. As a result of his dad’s wild assertions and the fame that escorted them, LaMelo was thrust into the spotlight at an early age. At such a young age, fame might get to an athlete’s head, but LaMelo took it all in stride.

Ball secured himself a $16 million deal with the Charlotte Hornets as the 3rd overall pick. The ball struck a deal with PUMA that may be worth up to $100 million before he has played a single game in the NBA.

How much is the worth of LaMelo Ball ?

What is the salary of LaMelo Ball?

How old is LaMelo Ball?