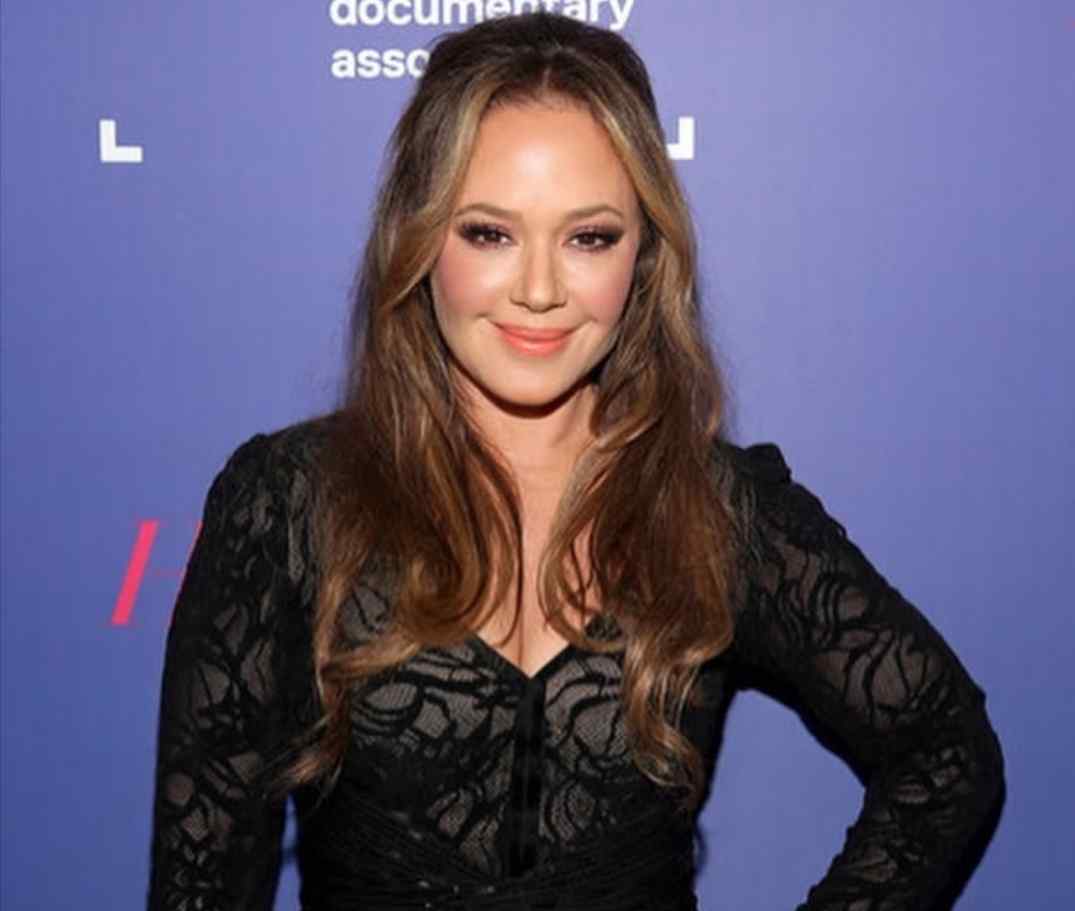 Leah Remini Net Worth: Leah Remini is a well-known American actress, activist, and author, who has a net worth of a whopping $25 million US as of 2022. She is one of the most popular actresses among senior Hollywood celebrities.

She rose to fame after playing the role of Carrie Heffernan in an American sitcom entitled The King of Queens. In this hit show, Remini appeared from 1998 to 2007 and managed to earn a lot of recognition for her outstanding performance.

Remini gained further popularity for portraying the hit role of Lara in the 2003s comedy film Old School. Apart from films and television series, she is also known for being a host of A&E’s Emmy-winning documentary series “Leah Remini: Scientology and the Aftermath” which she also co-produced from 2016 to 2019.

Remini made her appearances in numerous TV shows and films including, Saved by the Bell, Kevin Can Wait, Handsome, Second Act, and many more. So today we are going to talk about the total net worth of Leah Remini her salary, income sources, career, biography, luxurious lifestyle, and some more interesting facts.

Leah Remini was born Leah Marie Remini on the 15th of June 1970, in Brooklyn, New York, the United States. She is the daughter of Vicki Marshall and George Remini. Her father is a businessman who owns an Asbestos Removal Company while her mother worked as a schoolteacher. She grew up alongside her older sister Nicole and four half-sisters Stephanie, Shannon, Elizabeth, and Christine.

One of her half-sisters, Stephanie died in 2013 due to cancer. Remini has Austrian Jewish ancestry on her father’s side and is of Italian descent on her mother’s side.

During her early childhood, Leah was raised in the Catholic tradition, her mother became a member of the Church of Scientology when Remini was only 8 years old. By the age of 13, her mother and sister Nicole joined Scientology’s Paramilitary association named the Sea Organization, and at that same time, the family moved to Los Angeles, California.

Remini developed an interest in acting from an early age so after moving to California, she dropped out of school to pursue a career in the field of acting. Apart from that, she was also selected for an associate’s program in liberal arts at New York University in May of 2021.

In 1988, Leah Remini got a chance to make her TV show debut in one episode of the sitcom titled Head of the Class followed by a part in the 1989 series Who’s the Boss?. She then became the cast member of the Who’s the Boss? a spin-off named Living Dolls, the show was aired for 12 episodes and she starred alongside Halle Berry. She portrayed Stacey Carosi in the six episodes of the television sitcom Saved by the Bell in 1991.

At that time, Remini had established herself as one of the known actresses and she starred in several television shows such as Cheers, Friends, NYPD Blue, Evening Shade, and many more. The biggest breakthrough moment of her career was in 1998 when she was cast for the CBS sitcom The King of Queens. In this show, Remini played the role of Carrie Heffernan from 1998 to 2007.

The show ran for nine seasons and 207 episodes. The actress received so many awards and accolades for her role and started getting offers from many big projects. In 2017, Remini collaborated with the King of Queens co-star Kevin James to join the cast of his CBS show entitled Kevin Can Wait. From 2010 to 2011 she co-hosted and produced the CBS daytime talk show, The Talk. Moreover, she participated as a contestant on the popular reality show called Dancing with the Stars in 2013, where she placed fifth.

Leah starred in several popular movies including, Old School alongside Will Ferrell, Vince Vaughn, and Luke Wilson in 2003, a Netflix Mystery film Handsome with Jeff Garlin, and Natasha Lyonne in 2013, as well as The Clapper with Tracy Morgan and Ed Helms in 2017. It was in early 2020 when Remini’s production group called No Seriously Productions made a deal with Critical Content to produce unscripted content.

Remini is one of the known personalities, who has worked for more than three decades for the Church of Scientology as well as she has been candid about the community’s practices since she quit back in 2013. Remini’s family left the Church of Scientology due to their disconnection policy {which forbids associates from expressing themselves with people the church considers to be Suppressive Persons}.

As an author, in 2015, Remini published her first book entitled Troublemaker: Surviving Hollywood and Scientology, which became successful reaching number 1 on The New York Times Best Seller List. In the very next year, Remini started hosting the A&E documentary series Leah Remini: Scientology and the Aftermath, for which the actress won 2 Primetime Emmy Awards for Outstanding Informational Series or 2017s Special.

In 1996, Leah Remini started dating Angelo Pagan who is an actor. The two first met at a Cuban restaurant. After dating for almost 7 years, Remini and Pagan finally decided to get married on July 19, 2003. Their marriage ceremony was healed at the Four Seasons Hotel in Las Vegas, and it was also on the cover of the 2004 issue of InStyle Magazine.

In June 2004, the couple welcomed their first child a daughter named Sofia. After getting married to Angelo Pagan, Remini also became the stepmother of Pagan’s three sons from his previous relationship.

In 2013 Remini left Scientology and at that time it was rumored that her spouse was going to split from her. From  2014 to 2015, the two starred in their own TLC reality show entitled Leah Remini: It’s All Relative.

The show was aired for 26 episodes and it featured appearances from various of Remini’s families, such as stepfather George, mother Vicki, and sister Shannon. It was in 2015 when Leah stated that her spouse had cheated on her at several events.

When it comes to social work and charities, Leah Remini is among the top list, she is fond of philanthropic work and supports CHILD USA, Donors Choose, Wounded Warrior Project, St. Jude Children’s Research Hospital, and many other charitable associations.

Leah Remini is one of the rich American actresses and she has been able to buy expensive properties for herself. In 2003, she bought a 9300-square-foot mansion which is located in the posh areas of Studio City, California.

According to some reports, Remini purchased this lavish property for 3.75 million dollars and as of 2019, the cost of the home is around 8.5 million dollars. The luxury big mansion features five bedrooms, nine bathrooms, a swimming pool, and a massive backyard.

As of 2022, Leah Remini Net Worth is estimated to be around 25 million dollars. She is one of the most popular celebrities in the American entertainment industry and has been working in films for many decades.

The actress has accumulated a good name and fame for herself throughout her successful career. Her source of income comes from various platforms such as films, television series and shows, organizations, and a lot more.

She earned a vast chunk of money from appearing in the popular American sitcom, The King of Queens, this series also became the turning point of her career. She received further prominence after playing the role of  Lara in the hit comedy film, Old School.

What is the age of Leah Remini?

How much is the worth of Leah Remini?

How much Leah Remini is making?