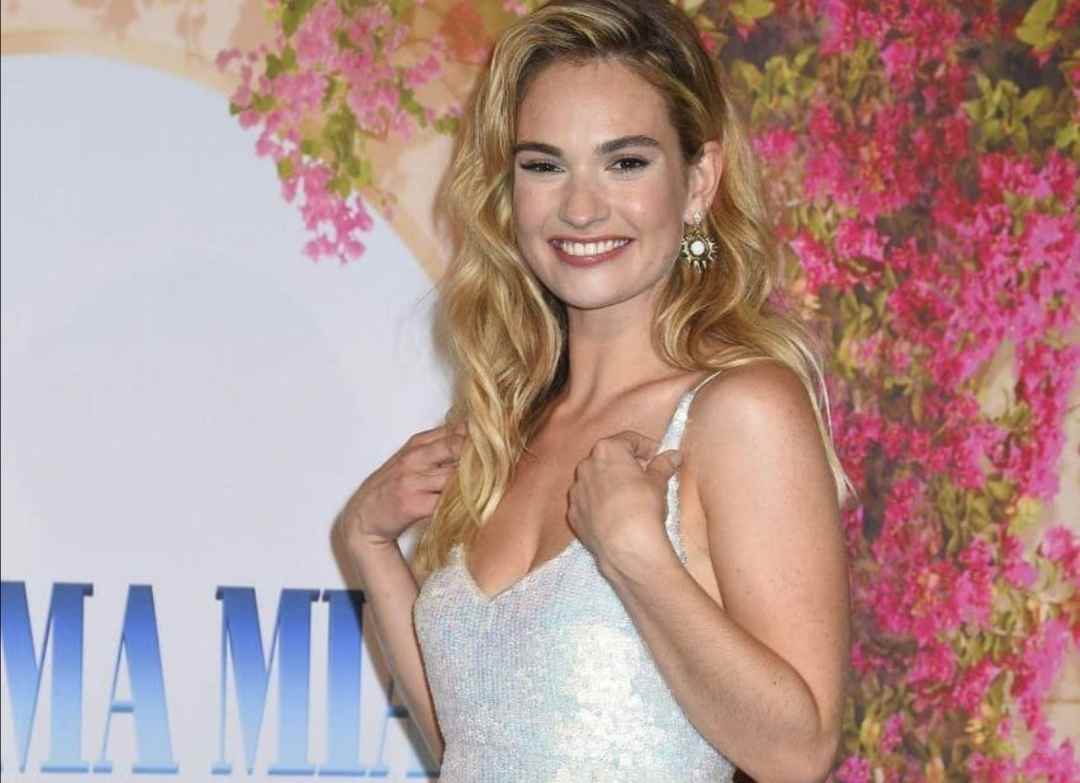 What is Lily James Net Worth and Income?

Lily James is an English actress and theatre artist from Esher, Surrey, who has a net worth of $8 million as of 2022. She started getting roles in television drama shortly after completing her studies at the Guildhall School of Music and Drama in London where she studied acting.

In 2010 her acting career started when she got the role of Ethel Brown in the British television series Just William in which she appeared in 4 episodes. Lily James rose to fame after being cast in the British Historical drama Downton Abbey. In this popular series, James played the lead role of Lady Rose McClare.

The biggest breakthrough moment of James’ career came in 2015 when she played the title starring role in the romantic fantasy film titled Cinderella.

Since then she started getting roles in some of the big projects which earned her numerous awards and accolades. Lily James has been making waves recently for her portrayal of Pamela Anderson in the mini-series titled Pam & Tommy.

Prior to changing her whole persona to play the role of Pam, Lily already had a number of major film and TV projects under her belt. From playing Cinderella to wearing a prosthetic chest for a role to acting in historical dramas, Lily has done it all – and her Hollywood career is seemingly just beginning.

Lily James was born Lily Chloe Ninette James was born in Esher, Surrey, England, on the 5th of April, 1989. She is the daughter of Ninette Mantle actress and James “Jamie” Thomson a musician. Lily grew up with two brothers one older Charlie and one younger Sam.

Her father James Thomson passed away from cancer in 2008 and Lily decided to take her father’s first name as her stage name when she saw there was already an actress named Lily Thomson.

Her father was a performer in his own right. Back in the 1970s he lived on sunset Boulevard and made ends meet as a waiter. After a car accident left Jamie’s face scarred, he found a new passion as a character actor.

While either way acting was certainly in Lily’s blood as her paternal grandmother Helen Horton was also an American actress. On the other hand, her Maternal grandmother Marinette R. Touzet was French and fled her village near Paris France.

James was raised in Surrey, England, and studied at Tring Park School for the Performing Arts. The school is located in the Hertfordshire area of the United Kingdom and is a school-based for 8 to 19 years old.

While studying in the Performing Arts school she wrote out all the lyrics to the songs while watching Greece and had a Marilyn Monroe box set.

After James completed her studies there, she moved on to graduate from Guildhall School of Music and Drama in London in 2010. Lily then signed with Tavistock Wood management in London.

The same year Lily graduated, she started her acting career starring as Ethel Brown in the British TV series entitled Just William in 2010. In the following year, she also appeared in the series Secret Diary of a Call Girl and then landed the role of Lady Rose Aldridge née MacClare in the period drama series Downton Abbey.

In the fourth and fifth seasons of the show, her role became the main character and also appeared in the series finale. It appeared that Lily was a natural talent both on screen and on stage. 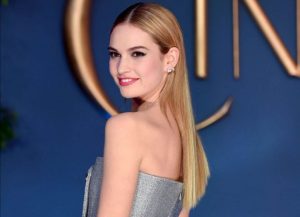 Some other movies James played roles in over the years including Wrath of the Titans and Fast Girls, but her breakthrough on the big screen came in 2015 when she played the title role in the Disney live-action movie Cinderella.

This was also the same time when Lily James made her singing debut and performed three songs in the end credits. However, the actress told that she first auditioned for a totally different role, not Cinderella.

In 2016 Lily returned to TV in the BBC historical drama War & Peace where she played the role of Natasha Rostova. At the time she was also busy starring in her second film action horror flick Pride and Prejudice and Zombies, however, it received mixed reviews.

A year later Lily appeared in a handful of major films including Baby Driver, The Exception, and Darkest Hour. She also starred as the younger version of Meryl Streep’s character, Donna Sheridan, in the Mamma Mia!’s sequel which was released in 2018 titled Mamma Mia! Here We Go Again.

That same year Lily also played author Juliet Ashton in The Guernsey Literary and Potato Peel Pie Society a 1940s period drama. Following the success, she played some more major roles and stage plays as well as the film Rebecca in 2020 where she starred as Mrs de Winter alongside Armie Hammer.

In 2021 there was also the British drama film The Dig where she played the role of Peggy Piggott.

In late 2020 Lily was cast to play Pamela Anderson in the popular biographical drama miniseries Pam & Tommy for Hulu. That series sets out to provide a closer look at Pamela’s life in the 90s with ex-Tommy Lee played by Romanian-American actor Sebastian Stan.

In the preparation for her role, Lily stated that she studied hours of Pamela Anderson in Baywatch episodes and interviews. For the physical transformation, she sat for hours in a makeup chair every day while her team recreated Pamela’s look including her features.

Lily was also involved in theater productions at the same time including when she portrayed Taylor at the Young Vic Theatre in the Vernon God Little in 2011. She also was in stage productions like Othello and The Seagull at the Crucible Theatre and Southwark Playhouse, respectively.

In 2012 she played the role of Katrina in Play House and Marijka in Definitely the Bahamas in a double-bill in Orange Tree Theatre located in Richmond, London as part of the establishment’s 40th anniversary. It was this performance by Lily that got a rave review by the telegraph.

In 2016 she played Juliet in the theater production of Romeo and Juliet at Garrick Theatre. Then in 2019, she played the role of Eve Harrington at Noël Coward Theatre in the production of All About Eve.

In 2014 Lily James came to the spotlight when she began dating Pride and Prejudice and Zombies’ co-star Matt Smith. Their dated for many years and reports revealed that at one point they were ready to buy a house together. However their relationship did not last long, James and Matt broke up in 2019.

Lily James has a net worth of $8 million so the actress can afford a luxury lifestyle. She bought a beautiful house which is located in one of the posh areas in London. 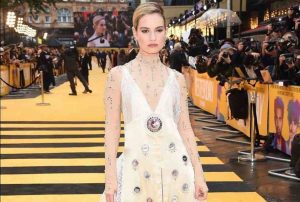 As of 2022, Lily James Net Worth is estimated to be around $8 million, making her one of the top actresses in the American television industry. She has amassed a lot of wealth and fame throughout her successful acting career.

Lily grabbed a lot of attention after playing the role of  Lady Rose McClare in Downton Abbey. She gained further attraction for her role in the 2015 film Cinderella. These two projects helped her to make a name for herself in the entertainment industry.

Following her success from there, Lily continued to appear in a range of different Hollywood movies as well as television shows including War & Peace.

Lily James is one of the most prominent actresses in the country and has worked on a couple of big projects such as Baby Driver, and Mamma Mia! Here We Go Again, The Dig, Yesterday,’ ‘Rebecca, Potato Peel Pie Society, and The Guernsey Literary.

Lily is no doubt working on some more movies and projects and it seems like in the upcoming years she will be on the list of most high-profile Hollywood stars. Apart from earning through the acting projects, James is also making a vast chunk of money from brand endorsements and sponsorships.

She was named to be featured in Versace‘s “Fall/Winter 2022” campaign in July of 2022. Lily has more than 3 million followers on her Instagram alone where she often promotes brands and earns a lot.

How much is the worth of Lily James?

How much money does Lily James makes?

How old is Lily James?

The actress and model Lily James was born was born in Esher, Surrey, England, on the 5th of April, 1989, she is 33 years old.