Ludacris Net Worth and Salary: Ludacris is a well-known American rapper and actor who has a net worth of $30 million US as of 2022. He is among one of the top 100 richest rappers in the world.

In the late 1990s, the rapper formed his label called Disturbing tha Peace, shortly after he grabbed the attention of other famous labels and signed a deal with Def Jam Recordings. Ludacris achieved a lot of success in the music world as during the 2000s he became one of the first and most influential Dirty South rappers to gain mainstream success. He has collaborated with many popular artists for songs like Justin Bieber‘s Baby, Enrique Iglesias‘ Tonight, and more.

After getting success in music, Ludacris rose to fame in the entertainment industry after appearing in the Fast & Furious’ franchise, where he played the role of Tej Parker and earned worldwide recognition. So today were are going to discuss the total net worth of Ludacris his salary, income sources, career, biography, luxury lifestyle, and a lot more.

Ludacris was born in Champaign, Illinois, United States, on the 11th of September 1977. His real name is Christopher Brian Bridges, better known by his stage name. Ludacris is the only child of his parents Wayne Brian Bridges and Roberta Shields. While growing up in Chicago, he attended Emerson Middle School in Oak Park and Oak Park & River Forest High School for one year.

Then he moved to Centreville, Virginia, along with the family where he enrolled at Centreville High School for a single year. Ludacris eventually completed his high school graduation from the Banneker High School in Atlanta, Georgia in 1995.

He attended so many schools because his family moved around a lot. Ludacris discovered his passion for music and wrote his first rap at the age of 9, he then entered a rap group when he was 12 years old. From 1998 to 1999, he learned music at Georgia State University. Apart from that, Katt Williams and the late comedian Richard Pryor are his cousins.

Ludacris started rapping at the age of nine. After being a DJ for a brief period, he dropped his debut album titled Incognegro in 2000. He then signed a contract with Def Jam Label and released another album Back for the First Time, that same year. The album included hit tracks such as Southern Hospitality, and What’s Your Fantasy, and became successful, reaching #4 on the U.S. Billboard 200.

From 2001 to 2004, Ludacris released three more albums including, Word of Mouf, Chicken-n-Beer, and The Red Light District, all of which were certified multi-platinum by RIIA. In 2006 and 2008, he came up with two more albums entitled Release Therapy and Theater of the Mind. In 2010, his 7th studio album Battle of the Sexes was released. On March 31, 2015, the rapper has dropped the album called Ludaversal.

He made his acting debut in the comedy film The Wash in 2001, where he played a minor role. As an actor, Ludacris gained fame with the role of Tej Parker in the Fast and Furious film series. In this hit film series, he has emerged in five of the eight films in the series so far. The actor made his appearance in the main role in the Fast and Furious film alongside actors Jason Statham, Vin Diesel, and Dwayne Johnson.

Ludacris’ other popular appearances in films include Crash (2004), Gamer (2009), and New Year’s Eve (2011). As a voice artist, he provided vocals for the character of Tej Parker in the racing video game Forza Horizon 2 in 2015. Despite this, he also appeared in the film Breakaway, alongside Bollywood star Akshay Kumar. 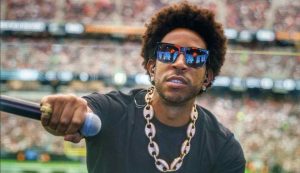 Ludacris has won numerous nominations and awards. He received three Grammys, nine Bet, one MTV Video Music, and one Screen Actors Guild Awards. Ludacris has earned 43 nominations as well as he won 17 awards in his career.

In 1999, Ludacris began dating attorney Christine White and in August 2001, the two welcomed their first child a daughter named Karma Bridges. After a longtime relationship, They decided to get separated in 2007.

In 2009, he was romantically linked with Gabon’s model Eudoxie Mbouguiengue. In 2014 they got engaged and in the same year, Ludacris and Eudoxie decided to get married in Costa Rica. Later in June 2015, Eudoxie gave birth to a daughter named Cadence Gaëlle. Later on July 28, 2021, the two were blessed with a baby girl named Chance Oyali Bridges.

In December 2013, he had a daughter named Cai Bella Bridges with his longtime girlfriend Tamika Fuller.

Ludacris has been working in the entertainment industry since his childhood, and he has promoted numerous big brands in his career. In 2002, he was announced as the brand ambassador of Pepsi but later declined after an objection by television host Bill O’Reilly.

In 2006, the actor was faced in the print ads for Puma athletic shoes and later he was featured on Soul Electronics headphones in 2012. Ludacris has also done endorsement work for brands such as Boost Mobile, Pontiac, NOBULL, Conjure Cognac, Mercedes-Benz, etc.

Ludacris has a pretty good collection of luxury cars so let’s take a look at that. No.1 Mercedes Maybach GLS 600, is the most expensive SUV offered by Mercedes and the cost of the car is $161,550. No.2 Mercedes AMG G63, the car was gifted to his wife and the price of the car is $147,500.

Before we get into their current homes Ludacris, let’s take a look at a place he used to live. The rapper bought a nice property on the West coast a few years back which he decided to sell. It was upon the real estate market in 2018 for 1.175 million dollars. The multilevel residence is an upscale building near West Los Angeles. Ludacris bought this property in 2007 and then sold it at a loss.

According to records, Ludacris bought a gorgeous modern mansion in the Hollywood Hills back in 2014 and still owns it to this day. His home is located in one of the posh areas in a prime location near Runyon Canyon where he has perfect views of a Hollywood sign and a head-on view of the city.

This massive mansion cost him around $4.8 million and it featured three stories four bedrooms and five baths. The house has everything that you can imagine which includes, a large home theater, wine cellar full bar, infinity-edge swimming pool, and spa. 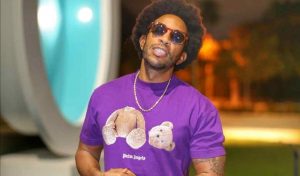 As per the report of some sites, Ludacris Net Worth is estimated to be around $30 Million US as of 2022. He is one of the highest-paid actors and rappers in the entertainment industry and has worked in several blockbuster films.

The majority of his income comes from the movies and songs in which he takes a large sum of money. His various other works also helped him to make such a huge fortune for himself. Ludacris has earned a vast chunk of money from his successful music career such as the sales of his 9 albums, live concerts, as well as hit songs.

He is also the owner of a record label called Disturbing tha Peace. He likes to spend millions of dollars on his expenses such as the rapper living 22-acre mansion. Ludacris’ annual income is roughly $8 million. After being the cast of super hit Fast & Furious movie series, his net worth is growing regularly. The rapper also has a YouTube channel with over 2 million subscribers.

How much money does Ludacris a year?

How much is Ludacris worth?

Ludacris is a well-known American rapper and actor who has a net worth of $30 million US as of 2022.

Who is the wife of Ludacris?

In 2009, he was romantically linked with Gabon’s model Eudoxie Mbouguiengue. In 2014 they got engaged and in the same year, Ludacris and Eudoxie decided to get married in Costa Rica.

What is the real name of Ludacris?

His real name is Christopher Brian Bridges, better known by his stage name.

How old is Ludacris?

Ludacris was born in Champaign, Illinois, United States, on the 11th of September 1977, he is 44 years old.