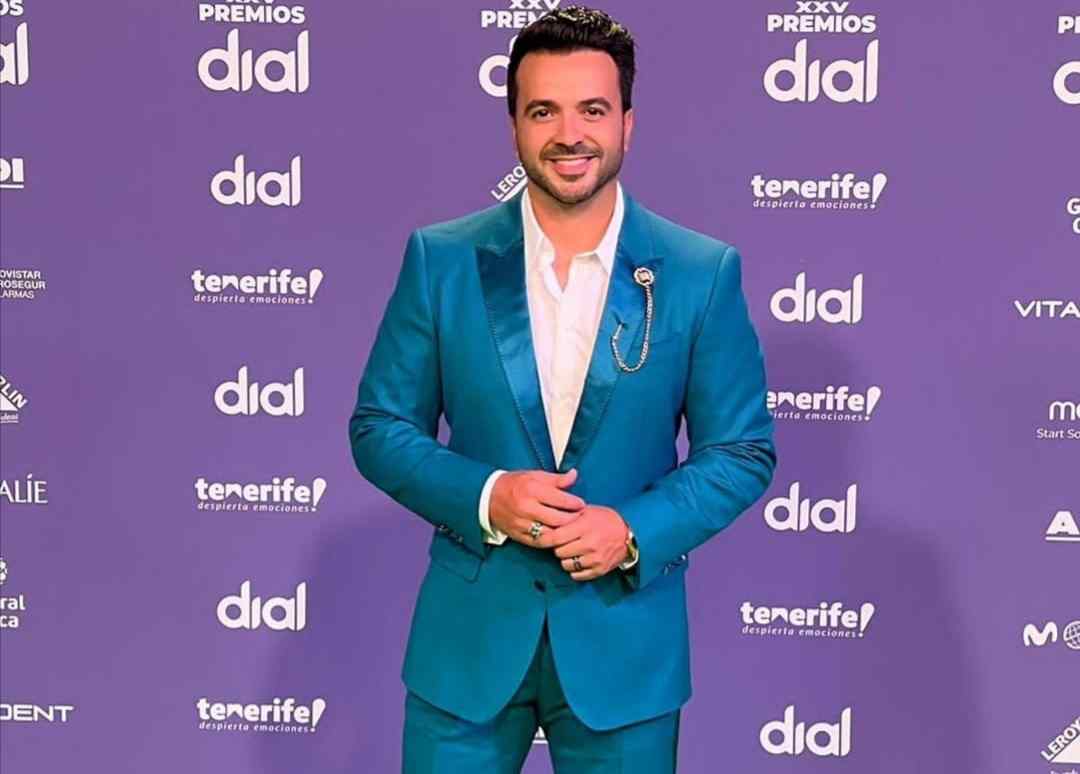 Luis Fonsi Net Worth: Luis Fonsi is a Puerto Rican singer, musician, and composer who has a net worth of a whopping $20 million US as of 2022. When it comes to the number one Puerto Rican singer the first that comes to the top is Luis Fonsi. Fonsi rose to fame after releasing a worldwide hit song titled Despacito in 2017. The meaning of the word Despacito is “slowly” in Spanish.

Since then he has established himself as a major star in all Spanish-speaking countries and already had a very successful career as a Latin pop singer. After getting the success from the single, a fellow rapper Daddy Yankee came up as a featuring artist for Despacito. The song won four Latin Grammy Awards and five Billboard Music Awards, becoming Luis Fonsi’s biggest success ever.

On top of that the music video of the song become the most-watched YouTube video of all time as well as selling more than 11 million records worldwide. So today you will get information about the total net worth of Luis Fonsi his salary, income sources, career, luxurious lifestyle, assets, biography, relationships, and a lot more.

Luis Fonsi was born as Luis Alfonso Rodríguez López-Cepero on the 15th of April 1978, in San Juan, Puerto Rico. He is the oldest child of his parents, a singer Delia López-Cepero and Alfonso. Fonsi grew up alongside two younger siblings, Jean and Tatiana Rodríguez, both of his siblings are pursuing a career in the music industry as singers. In 1989, the entire family relocated from Puerto Rico to Orlando, Florida, when he was just 10 years old.

After moving to Florida, Fonsi attended Dr. Phillips High School in Orlando, where he was a part of the singing group named Big Guys. With this group, he began performing at local school parties and music festivals. In 1995, he joined a full scholarship to Florida State University School of Music where he majored in Vocal Performance.

While studying there, Fonsi got a chance to perform with the City of Birmingham Symphony Orchestra, in England as well as sing in the school choir. Before finishing his college studies, Fonsi grabbed the attention of labels and was offered a recording deal by popular Universal Music Latin Entertainment.

In 1998, Fonsi recorded his debut album titled, Comenzaré and it quickly became a hit in Puerto Rico and Latin America, as well as it’s peaked at #11 on the hit on Billboard’s Top Latin Albums chart by selling over 100k. Moreover, the album was certified Platinum and included the hit singles Si Tú Quisieras, Dime Como, Perdóname, and Me Iré. Fonsi’s follow-up album entitled Eterno was even more successful and was released in 2000.

That same year, he released a duet with singer Christina Aguilera for her Spanish-language album called, Mi Reflejo. After the two years of break, in 2002, Fonsi came up with the release of his third and fourth studio albums, Amor Secreto and Fight the Feeling, respectively. His fourth album was his debut English-language album.

In 2003, Fonsi dropped his fifth album Abrazar la vida which opened new markets for him in Europe, and hit single “¿Quién Te Dijo Eso?” became a No.1 hit single reaching top on the Billboard Latin charts. Luis Fonsi achieved worldwide success with the release of his 2005s sixth album, Paso a Paso, which became successful debuting at number one. Later Fonsi earned a Latin Grammy Award nomination for his hit single Nada Es Para Siempre, which hit number one on the music charts.

Over the time Fonsi was getting more and more success like his 2008s seventh studio album Palabras del Silencio debuted at #15 on the Billboard 200. In the US and Spain, the album was certified platinum and earned gold certification in Mexico and Argentina. On top of that, it also received a nomination for Grammy Award for Best Latin Pop Album. Fonsi landed on the US Billboard Hot 100 for the first time in his career for his hit track No Me Doy por Vencido which was included in this 7th album.

The album’s second single Aquí Estoy Yo was later released and received a Grammy Award in the category of Song of the Year. Tierra Firme was his 8th album released in 2011 and went on tour throughout Latin America. In 2014, did a tour called Somos Uno, after the release of the album entitled 8.

The biggest breakthrough moment of Fonsi’s career was in January 2017 when he released the greatest hit single Despacito featuring fellow rapper Daddy Yankee. The song has seen incredible success by topping the charts in 47 countries and remained for a record 16 weeks on the Billboard Hot 100.

Furthermore, the hit single Despacito won Latin Grammy Awards in the category of Record of the Year, Song of the Year, Best Urban Fusion/Performance, as well as Best Short Form Music Video. Fro the YouTube, the music video of the song earned the title of the most-watched YouTube video of all time, between August 2017 to November 2020. Currently, the song has over 7.8 billion views on YouTube. In early 2017, the track was given an English remix featuring Canadian singer Justin Bieber and it hit #1 on the Billboard Hot 100.

Apart from having massive success with Despacito, in November 2017, Fonsi dropped another hit single Échame la Culpa, featuring rapper Demi Lovato. The song quickly went viral by debuting at number 3 on the Hot Latin chart. In the following year, he released two hit tracks, Calypso ft Stefflon Don, and “Baby, as well as teamed up with Clean Bandit an electronic music group.

His tenth studio album, Vida was released in 2019 and features songs such as Échame la Culpa, Sola, and of course the remix version of Despacito. The project made its place on the top of the Billboard Top Latin Albums chart, as well as reaching #18 on the Billboard 200.

In 1992, Luis Fonsi made his brief cameo in the Mexican romance film called Como Agua Para Chocolate, in which he has portrayed the friend of the male lead. In 2000, he appeared as a guest star in the role of Ello Mismo in a Venezuelan telenovela entitled Amantes de Luna Llena.

Next year, Fonsi was cast with Shakira in a Nickelodeon live-action comedy named Taina. He then also had a role in Mexican telenovela Corazones al límite. In early 2019, Fonsi joined Alejandra Guzmán, Carlos Vives, and Wisin as coaches on the first season of the Spanish version of the hit American singing competition series called Telemundo’s “La Voz,”.

In 2003, Luis Fonsi met Puerto Rican telenovela/soap opera actress Adamari López and the two began dating. In 2004, they revealed that they are in a good relationship. After dating for almost 3 years, Fonsi and López got married in June 2006. Their religious marriage ceremony was held in Guaynabo, Puerto Rico, and was attended by many stars including, Carlos Ponce, Charytín Goyco, Ednita Nazario, Joey Fatone, and many more. However, the relationship did not last long and the two got divorced in November 2010.

After that, Luis moved immediately and found love with a Spanish model. In 2011, Fonsi started dating Águeda López and welcomed their first child a daughter named Mikaela in December of that year. In 2014, the couple decided to get married in Napa Valley, California. Their son named Rocco was born in December 2016 and they are living a luxurious lifestyle. 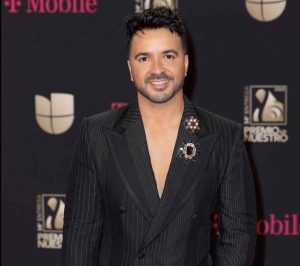 Luis Fonsi is one of the top singers and celebrities in the world and the singer has been endorsing brands since he started his career back in the 2000s. In 2008, Fonsi became the newest brand ambassador of St. Jude Children’s Research Hospital and since then the artist has been promoting them.

Later in 2017, he was selected as the brand ambassador for Puerto Rico’s Tourism. He also has done commercial work for AT&T back in 2011. Fonsi is also on the top list when it comes to charity and social work such as he contributed to disaster relief efforts in Puerto Rico and the Dominican Republic.

Luis Fonsi is one of the richest singers in Puerto Rico and he purchased a luxurious mansion for $5 million. The Florida house features seven beds, and eight baths, and was built back in 1992. The property is located in one of the most beautiful places outside of downtown Miami and the house spans over 8,300 square feet with luxury accents. Furthermore, the house is surrounded by greenery and has a massive backyard, a lavish swimming pool, and many other features.

As of 2022, Luis Fonsi Net Worth is roughly $40 million. He is one of the highest-paid Puerto Rican singers in the music world and has released multiple hit singles as well as albums. Fonsi is one of the most influential people in the world according to a report in several Magazines. On top of that, he is one of the most listened to Latin artists on Spotify with more than 22 million listeners per month on the app.

The major source of his income comes from the music industry such as album sales, live concerts, streams, as well as his YouTube channel where he amassed 30 million subscribers. Despite all of this, he is also earning from brand endorsements as well as his appearances in movies and television shows. Luis Fonsi’s annual income is roughly $5 million and his net worth of growing regularly.

What is the net worth of Luis Fonsi?

How much money does Luis Fonsi make?

What is the age of Luis Fonsi?

Luis Fonsi was born as Luis Alfonso Rodríguez López-Cepero on the 15th of April 1978, in San Juan, he is 44 years old.