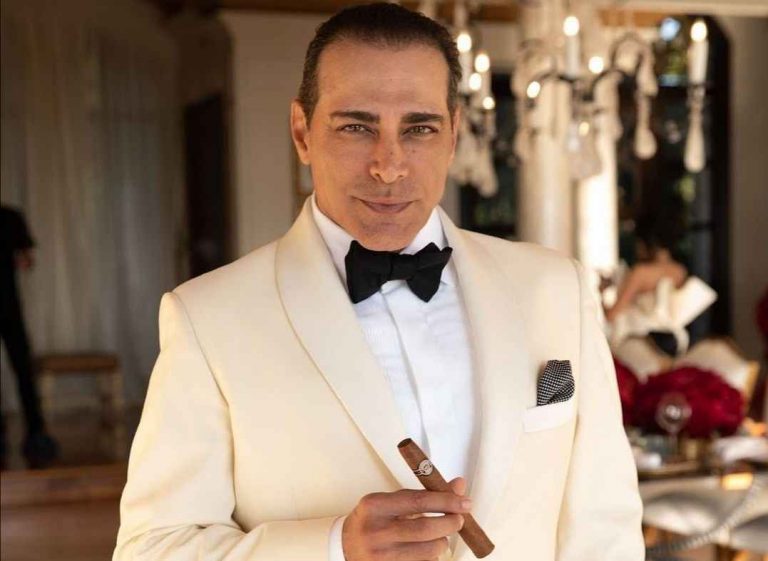 Manny Khoshbin Net Worth: Manny Khoshbin is a businessman, Real Estate Entrepreneur, YouTuber, and author, from Iran, who has a net worth of $80 million as of 2022.

He was a teenager when he started his professional career in the business industry, and through the years, he grew into a top-notch real estate professional with several groups working for him.

Apart from that, he had a job in his early years, he soon shifted to business to assure that he could recognize his dream of creating a large enterprise. Manny Khoshbin is a real estate tycoon, serial entrepreneur, and author of Iranian descent.

He runs The Khoshbin Company in Orange County, California, where he works as the president and CEO. Khoshbin is also the author of Driven: The Never-Give-Up Roadmap to Massive Success (Entrepreneur Press, 2018).

Manny Khoshbin was born on the 14th of January 1971 in Iran. He was just 14 years old when the entire family moved from Iran to the United States.

After moving to this new country the family had no money and Khoshbin even lived in a car with his four siblings until his father could find a job.

Manny got his first job at K-Mart gathering carts and cleaning floors for $3.15 an hour by the age of 16. Manny was promoted to sporting goods assistant manager after a year of mopping the floor at K-Mart. Even though that was great enough, he wanted to build something much bigger.

After a few months of work, he decided to quit and begin working with a multi-national marketing company which made him go door to door selling different snacks. He had been the company’s top revenue salesman within the first two months. Even he learned a way to reduce his expenses to make more revenue.

After having a decent amount of experience Khoshbin established his own company by the age of 18 during his senior year in high school.

He ran a small warehouse space and created his own business reselling various types of products that he had bought at a low cost and sold for a profit. However, due to some health codes, his business was shut down.

He wasted no time and went into business with a tire shop, which hired him as an assistant manager after a year he left to venture into his own business.

In 1991, Khoshbin contracted with one of his father’s friends to buy a gas station for as little as 10 percent down payment. He surely jumped into the opportunity and he put his life savings and all his investments into that business, but unfortunately, the contract with the gas station turned out to be a scam. Then he left nothing but a bank account.

In 1992 Manny came up with the idea of starting a new real estate business and got his license.

Thereafter, Manny got a job as a loan officer at a mortgage company where he worked for only six months before getting his real estate license. After earning that permit, he formed a mortgage and realty business and began investing in distressed and different properties that were owned by banks.

That was the turning point of his career which eventually brought him to the spotlight and allowed him to earn everyone to recognize him in the real estate firm. Over time his fortune expanded tremendously and he started getting offers from many other businesses to work with them.

Apart from just real estate, he also expanded his career to invest in various other businesses. He also published his book called “Manny Khoshbin’s Contrarian PlayBook: How to Build Your $100 Million Real Estate Portfolio From the Ground Up” which was released in 2011. 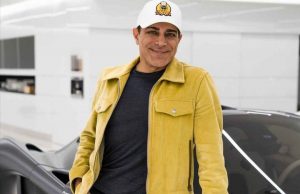 In June 2011 Manny Khoshbin married Leyla Milani. They have two children together. His wife Leyla rose to fame during the 2005 World Wrestling Entertainment Diva Quest. She fought against several other female wrestlers who wanted to be a member of the WWE. From that point forward she began appearing in WWE Raw commercials.

Soon she decided to move away from wrestling and began spending her next four years modeling for the popular show titled “Deal Or No Deal”. Aside from her appearance in the modeling show, Leyla starred in several television shows throughout her career such as Curb Your Enthusiasm and more.

In 2012 the couple welcomed their first child a son named Enzo. Later in 2016 their daughter named Priscilla was born.

Manny Khoshbin is known for living a lavish lifestyle and he has been able to buy million-dollar houses for himself. He bought a beautiful ocean-front house which is located in Newport Coast, California.

The luxury mansion offers a sauna, epicurean kitchen, movie theatre, 1500 bottle wine cellar, a massive-car underground garage, and many other things. The cost of this extra lavish house is about $30 million.

This Mediterranean-style mansion in California has a huge backyard with an outdoor kitchen, a koi pond, a fireplace, a swimming pool, and a spa. The house was built back in 2002 and spans over 13,532 square feet of space with seven bedrooms, and nine bathrooms. 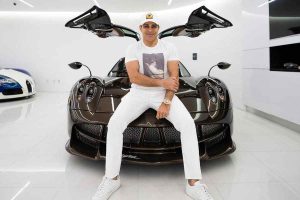 As of 2022, Manny Khoshbin Net Worth is estimated to be around $80 million, making him one of the richest real estate businesspersons in the United States of America.

The majority of his income comes from the real estate industry in which he already earned a vast chunk of fortune. His source of income also comes from some other ventures such as his books, as well as his YouTube channel.

Khoshbin has managed to amass over 1.5 million subscribers on his channel where he uploads his garage tours and also shows his luxurious lifestyle.

What is the age of Manny Khoshbin?

How much do the Manny Khoshbin have in his account?

Manny Khoshbin's Net Worth is over $80 million.

How much do Manny Khoshbin is making?