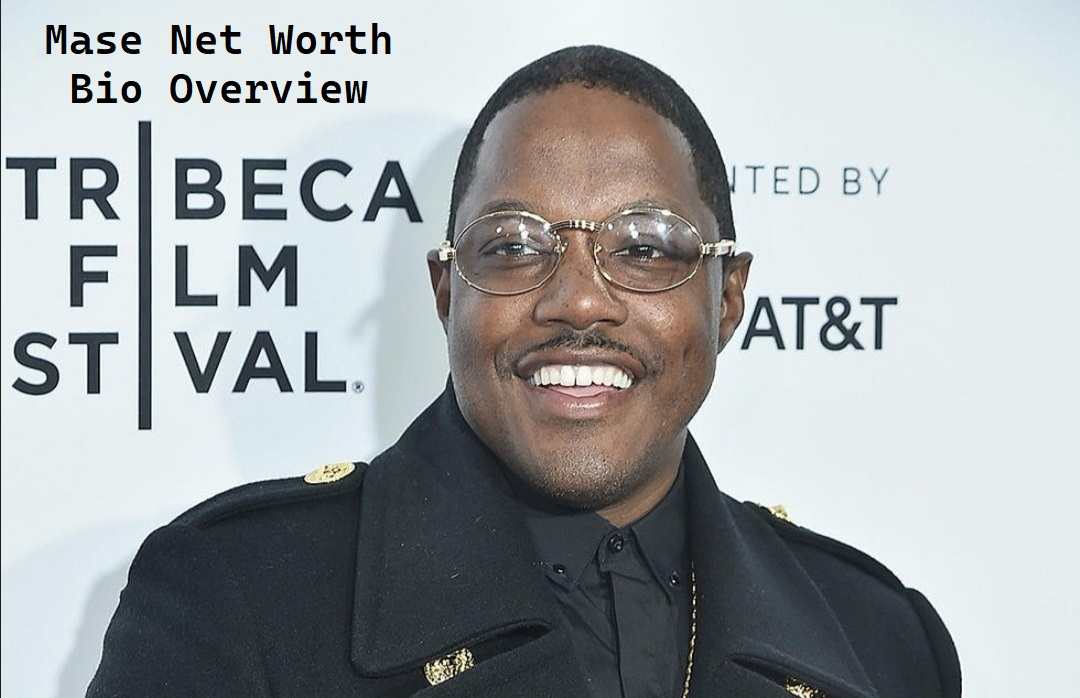 Mase Net Worth and Income: Mase is an American rapper, songwriter, and minister from Jacksonville, Florida, who has a net worth of $8 million as of 2022. Mase rose to fame after releasing his debut studio album Harlem World in 1996.

The album was such a massive success becoming quadruple platinum certified by the Recording Industry Association of America. On top of that, Harlem World went on the earn a Grammy Award nomination. Following the success, the rapper released two more gold-certified albums including Double Up (1999) and Welcome Back (2004).

The rapper known as Mase is best remembered as Sean “Diddy” Combs’ favorite sidekick, a guy who earned his place on the Bad Boy Records through a series of popular guest collaborations with other artists.

Mase has released a total of 3 studio albums, 22 tracks, and 10 appearances as a featured artist. He came up as a Christian rapper after retiring from Gangster Rap in 1999. Mase eventually left BadBoy Records and became a pastor.

Mase was born Mason Durell Betha on the 27th of August 1975, in Jacksonville, Florida. He wouldn’t stay down for long however his family relocated to Harlem, New York when he was just 5 years old in 1982. He was raised by his father Mason “Father Lucky” Betha and mother P.K. Betha.

At the age of 13, Mase was sent back to Florida to live with his extended family, after concerns that he was failing in the wrong crowd in New York City. After moving back home he started going to church and was living with his relatives at that time. Mason grew up with 5 siblings including his twin sister named Stason Betha.

Two years later Mase returned to the Big Apple and began rapping for the first time with members of his high school basketball team alongside Cameron Giles who later became an artist.

On that team, he was a talented enough player to earn a scholarship to the State University of New York. Prior to this, in 1994 Mase graduated from Manhattan Center for Science and Mathematics.

Rather than pursued a career in the NBA, Mase decided to follow his true passion, rap music. Due to his poor performances in Basketball, Mase began making beats and also started performing at local nightclubs as well as producing demo recordings.

Calling himself Murda Mase he joined a rap group named after the Stephen King Classic Children of the Corn but the group soon disbanded after one of its members died in a car accident.

In 1996 Mase traveled to Atlanta for a music conference, hoping to extend that Network by teaming up with Jermaine Dupree. But instead of Jermaine, he met Sean “Puff Daddy” Combs who signed Mase to his Bad Boy Label after hearing him rap.

Mase’s debut came in Puff Daddy‘s remix of Only You and from that point forward he’d become Bad Boy’s most prominent guest rapper on tracks like Can’t Nobody Hold Me Down” and “Been Around the World”. He even made his guest appearance on Notorious B.I.G.’s number one hit “Mo’ Money, Mo’ Problems.

In 1997, Mase dropped his debut studio album “Harlem World” and it became an instant smash hit and shot right to the top of the Billboard Charts, where it spent the next two weeks. Sure Critics didn’t exactly love it and once even referred to Mase as the luckiest no-talent sidekicks since ED Mcmohen

Harlem World was a big hit and would go platinum four times over thanks to hitting singles like Feel So Good (ft. Kelly Price), and What You Want (ft. Total).

The following year Mase made headlines for all the wrong reasons. He was arrested in New York City on disorderly conduct charges more specifically accusations of soliciting a prostitute.

But at the end of that year, he had moved on to create his own rap collective also named Harlem World. Together the group released an album in 1999 titled The Movement. After that Mase sights on his sophomore album called Double Up which was sure to be another massive hit.

Shortly after the project was completed but before it was released, Mase stunned the world by announcing that he was retiring from the music business to pursue his new career in the Ministry. Moreover, he refused to promote Double Up with live performances and only gave a few interviews on the project we have instead.

So when the album Double Up was finally released it peaked at number 11 on the Billboard Charts in the summer of 1999 and then quickly disappeared. Prior to the album being released, Mase also founded his own record label called All Out Records in 1998. 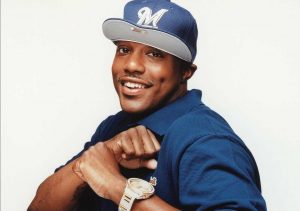 Afterward, Mase worked extensively with Inner City Youth as he became an extremely popular Preacher on the religious circuit.

Even he wrote a book titled Revelations: There’s a Light After the Lime in 2001. In order to pursue the priesthood, Mase took a 5-year break from music and enrolled at Clark Atlanta University. Mase is currently the pastor of Atlanta-based El Elyon International Church.

But preaching for the rest of his natural life wasn’t in the cards for Mase either. He missed the music industry and then in 2004 he returned with a new project, his 3rd album titled Welcome Back. It debuted at number 4 on its way to selling over 500 thousand copies.

That became more and line with the lukewarm reception to his second album as opposed to the monumental success of his first album. Upon his return to the music, a more or less seemed like business as usual between Puffy and Mase. They may not have a collaborative as they used to but there were no visible signs that something was off.

In 2007 he took a break from the music butter after Michael Jackson’s death that year he returned in 2009. He started appearing as a guest artist in several singles including Best I Ever Had, Get It, and Uptown Boy. It was the year 2012 when Mase eventually left Bad Boy Label.

Feud Between Mase and Diddy:

Then things began to shift in 2020 following Puffy’s remarks at the Grammy Awards in which he addressed a bunch of issues regarding the lack of diversity in the music industry.

It didn’t take long for Mase to throw those comments right back in Puffy’s face when he took the social media to put his former friend. In March of 2022 Mase randomly released a diss track aimed at Diddy titled Oracle 2: The Liberation of Mason Betha targeting Diddy where he further accused A hip hop mogul of Shady business practices.

Following the release of that song, Mase has given a couple of public appearances in which he claimed that Diddy rejected his $2 million offer to buy back his publishing rights which Combs had secured in 1996 for just $20,000.

The rapper didn’t stop there, Mase also challenged Diddy to stop repping Harlem and start putting his actual hometown of Mount Vernon on instead.

While appearing on the Million Dollaz Worth Of Game podcast he’d further suggest that Puffy didn’t pay him for his appearance on the No Way Out Tour in 1997. He claimed that he was shortchanged when it came to royalties and songwriting credits.

During his own appearance on the Million Dollaz Worth Of Game podcast rapper Fivio Foreign lamented that he signed a deal with Mase at the offset of his career that only paid him the poetry of $5,000 as a bonus. Mase was just as guilty as Puffy in regards to taking advantage of his fellow rappers in hopes of making a quick buck.

But then Mase appeared on the same podcast to suggest rapper Fivio’s claims of being lowballed were reckless. After agreeing to represent Fivio, he negotiated a deal with Columbia Records that saw both of them being paid around $750,000.

During the podcast with Million Dollaz Worth Of Game, Mase hopped on the phone with the former head of Urban Music at Columbia, Sean who confirmed that Mase facilitated this deal for Fivio. Mase also says that, unlike Puffy, he allowed Fivio to keep his publishing rights.

TMZ was later able to obtain the paperwork that backed up Fivio’s claim of only receiving $5,000. But the further proof in regards to the additional $750,000, he was said to have been paid outright by Columbia hasn’t pooped up.

Perhaps, Mase is guilty of taking advantage of Fivio Foreign and learned everything there is to know from Puff’s Shady dealings.

Apart from all that, Mase also got an opportunity to make his guest appearances on television series like All That and All Of Us.

In 2017 Mase was cast as himself on the NetFlix comedy film Sandy Wexler in which he appeared alongside many actors Kevin James, Adam Sandler, Jennifer Hudson, Terry Crews, Rob Schneider, and many more.

In the year 2001, Mase got married to a lady named Twyla Betha. During the period of their relationship, the couple welcomed their two children. In 2012 the two separated and their divorce was finalized two years later in Atlanta.

As of 2022, Mase Net Worth is estimated to be around $8 million. The rapper accumulated a lot of wealth from his music career in the late 90s and early 2000s. Mase’s debut studio album Harlem World led him to become one of the most prominent rappers in the music world. The album was released in 1997 and it became a smash hit earning over $4,300,000 from its sales.

Later in 1999 he again came to popularity after dropping his second album Double Up which earned more than $514 thousand after selling over 107,000 units in its first week of release.

Mase has managed to make a massive fortune from his successful music careers such as album sales, live concerts, and collaborations, as well as being the owner of his own record label called RichFish Records.

After taking a 5-year break from the music Mase came up with the release of his 3rd studio album Welcome Back which became even more successful making over $525 thousand from record sales. Mase also has a self-titled YouTube channel where he has over 50k subscribers.

What is the net worth of Mase Rapper?

Mase Net Worth is currently $8 million.

How much money does Mase make?

What is the age of Mase?