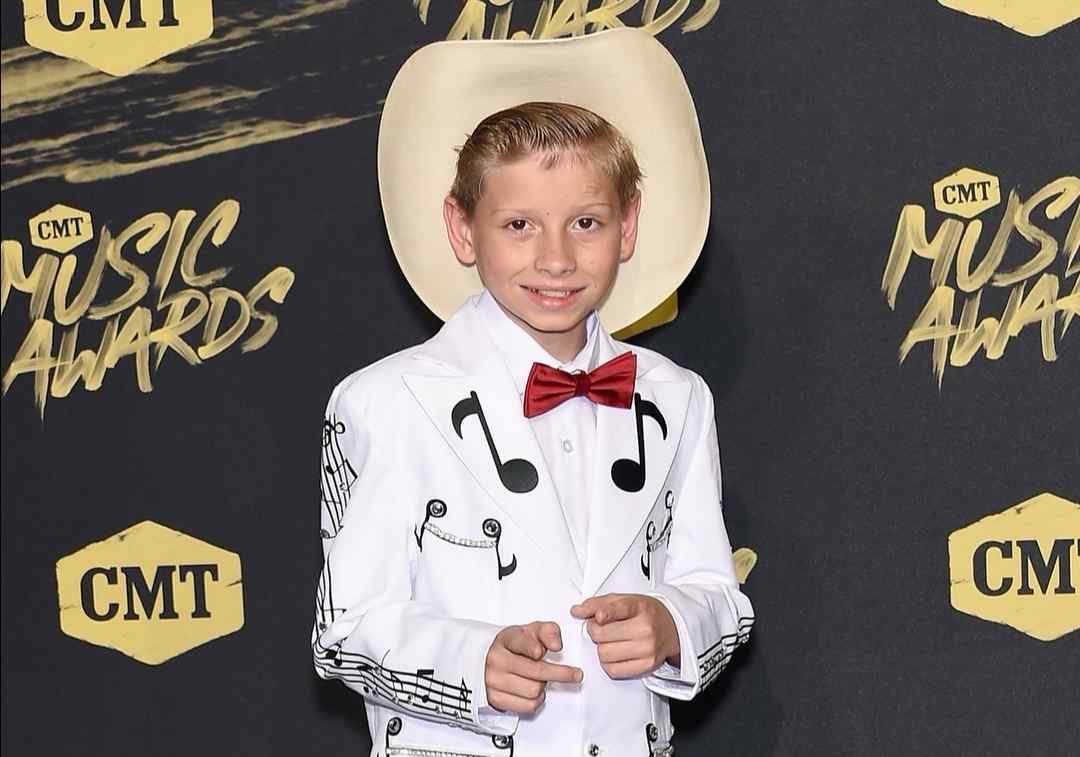 Mason Ramsey Net Worth: Mason Ramsey is an American singer-songwriter, voice actor, and TV personality, who has a net worth of $1 Million US as of 2022. Some of you might know him as The Walmart Yodeling Boy or even Lil Hank Williams which is his Instagram handle.

Mason rose to fame when he went viral after a video of him singing the song titled Lovesick Blues by Hank Williams in a Walmart took over the internet. The original video was posted on the 24th of March 2018 and this video led him to become an internet sensation. Mason Ramsey gained further recognition after releasing a 2018 hit single titled Famous which earned him a lot of fame in the music world.

The young singer managed to receive overnight success and then appeared on several talk shows. Are you guys wondering, where is Mason Ramsey Now? So today we are talking about the total net worth of Mason Ramsey his salary, earnings, career, biography, hit singles, movies, and more.

Mason Ramsey was born on the 16th of November 2006 and grew up in his hometown Golconda, Illinois, United States. His father John is a Hairstylist while his mother Karen Ramsey is a housewife. His parents weren’t involved in his life just weeks after his birth so his grandparents took him in. Mason also has an older sister who was born in 1997 and was also raised by her grandparents.

Due to his music career, Mason didn’t attend school, he was homeschooled by his uncle and aunt. He started listening to country music at the age of 3, more specifically Hank Williams. This was the first Mason’s love for country music, and why he would be caught singing Hank Williams’ Lovesick Blues in a WallMart. At the age of 6 years, Ramsey started taking guitar lessons.

Mason first came to the limelight while singing Lovesick Blues in a WallMart at that point he was 11 years old. That video went viral and garnered over 25 million views within a few days. Ramsey got a lot of appreciation and became a worldwide sensation. Due to this viral video, the original song by Hank Williams is #3 on Spotify’s Viral 50 chart in the US.

After getting massive success, Mason got offered to appear on The Ellen DeGeneres Show, where he said about his dream to emerge on Grand Ole Opry one day. Ellen gave him a surprise by saying that he has been booked for the next weekend. In April 2018, Mason made a deal with Atlantic Record and Nashville-based label Big Loud and in the same year, he released his first song titled ”Famous”. The song went viral by charting at number 62 on the US Billboard Hot 100 in the United States.

Ramsey then got a chance to perform the iconic #1 songs on Billboard Hot 100 on its 60th anniversary. At this event, he performed the songs of popular artists like Whitney Houston, Celine Dion, Mariah Carey, The Monkees, Adele, Beyonce, and some others. He also performed at the Country Boom Music Festival in West Salem wi along with Kip Moore and Kane Brown. Mason has toured several cities including, New York, Chicago, LA, and many others.

In June 2018, Ramsey came up with the cover of his viral song ”Lovesick Blues” and at the same time he dropped other singles like ”Jambalaya” and ”The Way I See It”. Mason was also featured in the song ‘Old Town Road’ by famous rapper Lil Nas X. After a one year break, in 2020, he came up by appearing in the Burger King commercial.

According to some reports, Mason is currently playing basketball with the name Mason Blake. Apart from that, Ramsey is also been in the company of Justin Bieber, Post Malone, Shawn Mendes, and Lil Yachty.

As of 2022, Mason Ramsey Net Worth is roughly $1 Million US. After getting massive success from his viral video of Walmart, he got the possibility to attend several big concerts. Mason is still at the beginning of his career and in the future he will be found himself on the list of highest-paid singers and songwriters in the country. His major source of remuneration comes from the music industry such as record deals, singles, and more importantly, live concerts.

Apart from his singing career, Mason is also a voice actor and he provided vocals for the main character of Oliver in the animated film The Angry Birds Movie 2 in 2019. He is also been doing brand promotions for popular companies, in June 2019 he has supported CMA Foundation. Mason Ramsey’s annual salary is more than $250,000. The young singer has a YouTube channel where he has over 1 million subscribers.

How old is Mason Ramsey?

Mason Ramsey was born on the 16th of November 2006 and grew up in his hometown Golconda, Illinois, he is currently 15 years old.

How much does Mason Ramsey make?

How much is the worth of Mason Ramsey?

Hey everyone, that brings us to the end of this content, if you liked this where we talked about Mason Ramsey Net Worth and his Biography. Then just share this unique style of information with your associates and your social media formats. We like to know your view and we will give an absolute full solution to you. Thanks.