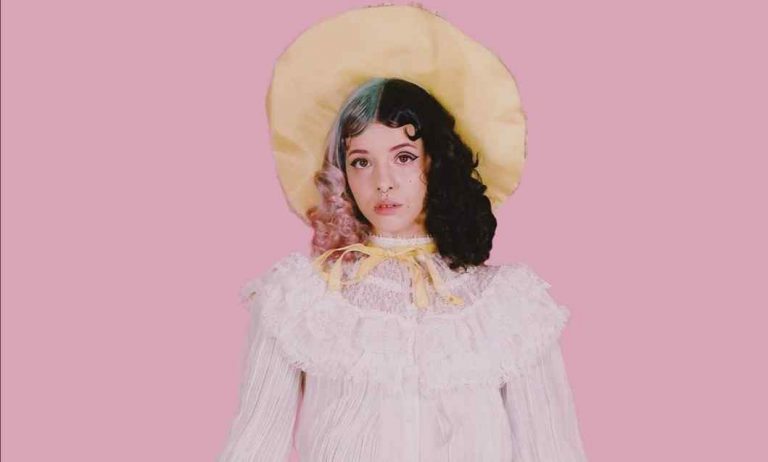 Melanie Martinez Net Worth and salary: Melanie Martinez is an American singer, songwriter, and actress, who has a net worth of $8 million as of 2023. She came to the limelight after appearing in the American reality talent show called The Voice in 2012.

Melanie Martinez gained further recognition with the release of her debut album Cry Baby, which skyrocketed to rank number 6 on the US Billboard’s album 200 and go on to become certified double-Platinum by RIIA. She is one of the top singers and songwriters in the music world, who gained such huge fame at an early age. She also has a YouTube channel where Melanie amassed more than 13 million subscribers.

She is quite active on social media where she has an extremely loyal fan base the singer has almost 11 million followers on her Instagram. It was her performance in The Voice, which allowed her to reach a massive audience the millions. So without any delay let’s quickly take a look at the total net worth of Melanie Martinez her salary, income, earnings, career, biography, luxury lifestyle, and much more.

Melanie Adele Martinez was born on April 28, 1995, in Astoria, Queens, New York, United States of America. Her parents Jose Martinez and Mery Martinez are of Dominican and Puerto Rican descent. After turning 4, she settled with her parents in Baldwin, New York, on Long Island. She has a little brother named Joseph.

While growing up, she started listing her favorite artists like Britney Spears, Shakira, The Beatles, Tupac Shakur, and many more. Martinez always wanted to become a singer since her childhood and in one of her interviews she said: “My parents are super supportive of everything that I want to do.” Her dad and mom decided to put her into singing classes to pursue her career before she went to school.

Melanie attended Plaza Elementary School in Baldwin where she took singing lessons and began writing poetry when she was only in kindergarten. She was also known to be extremely emotional as a child, her classmates used to call her Cry, Baby. She later attended Baldwin high school and at the same time, she learned how to play guitar and won the singing competition in high school.

In 2007, Melanie Martinez first opened her YouTube channel and began uploading singing videos. Later in 2012, she decided to participate in the MSG Varsity Talent Show, while in her junior year of high school. She cleared the 1st competition but was eliminated in the second. Then in 2012, she went on auditioned for the third season of  “The Voice.”

Melanie decided to sing Britney Spears’s single titled “Toxic, for the audition round and received three chairs round from the judges, Adam Levine, Cee Lo Green, and Blake Shelton. She chose Adam Levine as her coach and moved on to the battle rounds.

Later she was supported by public votes for her songs “Seven Nation Army” and ”Too Close”, which finished at the number 10 and number 6 position on Itunes respectively and went on to pass 5 rounds, finally being eliminated in the sixth week of the live shows.

After that, she started working independently and in February 2014, Melanie released her debut single Dollhouse. In the same year, the singer got a chance to sign a deal with Atlantic Records and announced that she would be going on tour.

On May 19, She dropped her debut EP Dollhouse, and one of the singles from the EP titled Carousel went viral and was certified Gold by the RIIA. On top of that, the single was featured on the American Horror Story: Freak Show.

On June 1st, 2015, Melanie came up with the release of her single Pity Party which was also certified gold by the RIIA. The album debuted at number 6 on the Billboard 200 and has been certified as Platinum. She then dropped the single “Soap” from her second album and the official video of the song has garnered over 40 million views on YouTube.

On August 14, 2015, Melanie Martinez released her debut studio album called Cry Baby which became a massive success by reaching number 6 on Billboard 200. Melanie’s most popular songs are including, Sippy Cup, Mad Hatter, Mrs. Potato Head, Cry Baby, Pacify Her, Soap, Dollhouse, and “Pity Party. In 2019, she dropped her second debut studio album K-12, and then in 2020, she came up with her EP called After School.

Melanie Martinez said that she is bisexual, and the singer is quite open about that. In 2015, she began dating Michael Keenan who is a music producer. In the following year, the two confirmed their relationship via Twitter, but in 2018, they separated and deleted all of the pictures of them together from Instagram.

In 2019, Melanie Martinez was in a romantic relationship with the American singer Oliver Tree Nickell. In 2020, they broke up and also deleted posts of them together from social media.

In 2015, Melanie Martinez collab with the famous cosmetics company, Lime Crime, Inc, and she launched 2  lipsticks called, Cry Baby and Teddy Bear. Then in October 2016, she was featured in the commercial for the new fragrance called Cry Baby Perfume Milk. Apart from that, Melanie has been endorsing multiple brands in which she earns a lot. 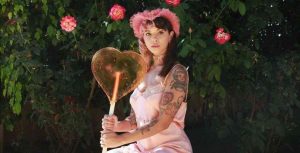 As of 2023, Melanie Martinez net worth is estimated to be around $8 million US. She is one of the top rising singers and songwriters in the music world, who rose to prominence after appearing in the talent show The Voice. She has accumulated a vast chunk of wealth from her successful music career. Melanie is just at the beginning of her career, she will earn so much in the future.

Her album sales, music concerts, live shows, and music videos, helped her to make a huge amount of money in a very short period. Apart from being only a singer, she is also working in movies and TV shows.

When comes to Melanie Martinez’s income sources, how we can forget her YouTube channel where she earned over 3 billion views. Melanie Martinez’s annual income is roughly $1 million. In 2021, she was named on Forbes’ 30 Under 30 list of musicians.

How old is Melanie Martinez?

How much does Melanie Martinez make?

How much is the worth of Melanie Martinez?

As of 2023, Melanie Martinez net worth is estimated to be around $8 million US.

Hey everyone, that brings us to the end of this content, if you liked this where we talked about Melanie Martinez’s Net Worth and her Biography. Then just share this extraordinary type of conversation with your associates and your social media formats. We like to know your view and we will give a comprehensive full explanation to you. Thanks.