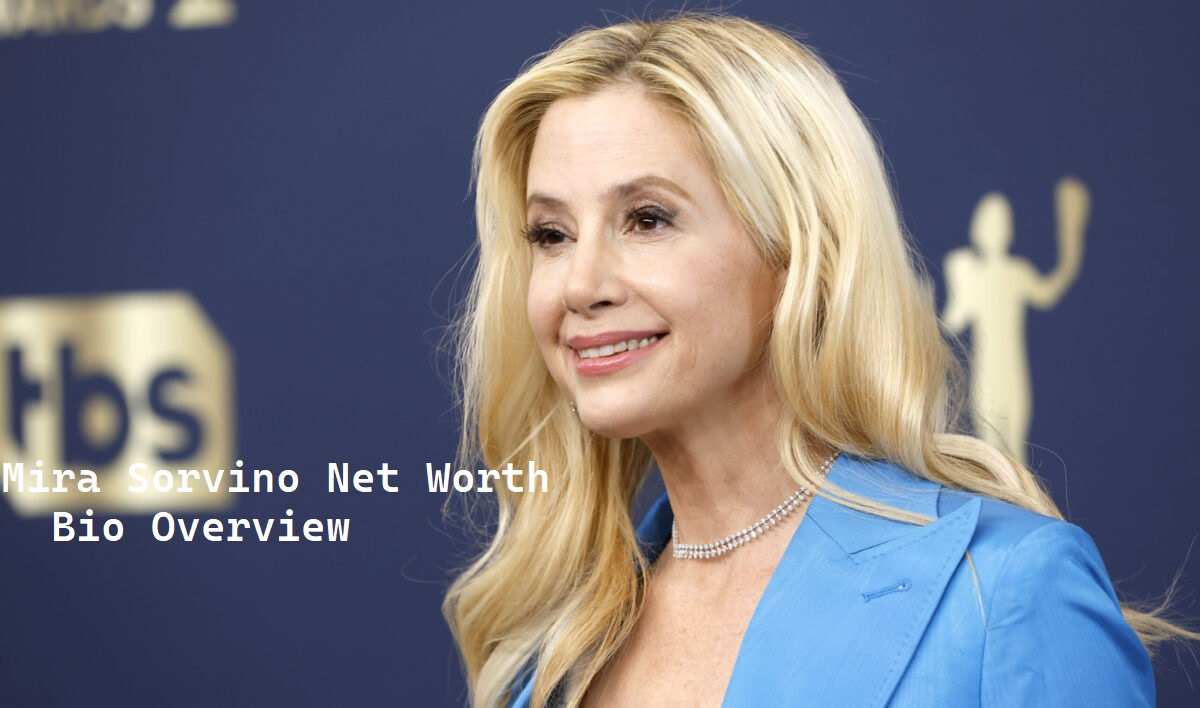 Mira Sorvino Net Worth and Income: Mira Sorvino is an American actress and producer from Manhattan, New York City, who has a net worth of $16 million as of 2022.

She began her acting career back in the early 1990s and rose to fame with her role in Woody Allen’s film titled Mighty Aphrodite in 1995. In this comedy film, she played the role of Linda Ash which led her to win the Academy Award and Golden Globe in the category of Best Supporting Actress.

Sorvino made a name for herself in Hollywood film with her appearance in numerous popular projects and became the most prominent actress in the film industry.

The popular U.S magazine People Magazine listed her in their “50 Most Beautiful People In The World” in the 1996s list.

Mira made her film debut with the 1985s film The Stuff in which she portrayed an uncredited character of a plant worker. After pursuing her degree from Harvard University, she continued to focus on her acting career.

After appearing in several movies as an actor, she started working as a producer and earned numerous award nominations in her 3 decade-successful career, such as Primetime Emmy Award, BAFTA, and many others.

Sorvino also grabbed the attention of some high-end named and became the ambassador of United Nations Goodwill.

Mira Katherine Sorvino was born in Manhattan, New York City, on the 28th of September 1967. She was raised in a well-settled family and all of them have worked in the entertainment industry.

Her father Paul Anthony Sorvino was an actor, director, sculptor, and entrepreneur while her mother Lorraine Ruth is a former actress, activist, and Therapist for Alzheimer’s Patients.

Sorvino grew up with younger two siblings, a sister Amanda and a brother named Michael. Both of her siblings are actors and pursuing their careers in the film industry. She is of Welsh ancestry on her mother’s side and has  Italian ancestry on her dad’s side.

While growing up in Tenafly, New Jersey, she developed an interest in writing and performing and she started doing that in the backyard of the house with her childhood friend Hope Davis. Around this time she also got a chance to act in Dwight-Englewood School’s theatrical shows.

Her mother Ruth wanted her to pursue social causes as she participated in Washington.

Before this, in 1985 Mira was part of one of the co-ed A Cappella group called Harvard-Radcliffe Veritones. As an exchange student in Beijing, China, she spent a year where she learned Mandarin Chinese language.

Sorvino was interested in acting since her childhood but she got she did some odd jobs before launching her acting career. After moving to New York City she got an opportunity to work at legendary actor Robert De Niro’s production company named TriBeCa.

From that point forward she started getting minor roles in a handful of projects such as movies and thriller dramas. In 1992 she landed her first prominent role in the teen drama TV series titled Swans Crossing in which she played the role of Sophia Eva McCormick De Castro for 6 episodes.

In the very next year, she made her feature film debut in Amongst Friends where she was cast as Laura.

Mira continued to appear in films Quiz Show, Sweet Nothing, and Barcelona but the turning point of her career came in 1995 when she got a big role.

Sorvino earned the role of Linda Ash in the blockbuster Woody Allen’s comedy film Mighty Aphrodite. She played the supporting role in the film which earned her numerous awards and accolades for her immense performance.

In 1996 she played Sharon Cassidy in the romantic comedy-drama Beautiful Girls and followed that up with her role in the short film Tales of Erotica.

She gained further recognition for her appearance in the comedy Romy and Michele’s High School Reunion opposite Lisa Kudrow in 1997. She eventually starred in the science fiction horror film Mimic opposite Jeremy Northam and Josh Brolin.

After establishing herself as an actress, she began working as a producer and worked for the 2000s comedy film titled Lisca Picard is Famous. In the early 2000s Sorvino started playing roles in movies such as The Grey Zone, Triumph of Love, Between Strangers, The Final Cut, and WiseGirls.

In the late 2000s, Mira was cast in films Reservation Road, Like Dandelion Dust, Sweet Flame, and Attack on Leningrad. Sorvino played the starring role of Cari in the American drama film Multiple Sarcasms and then in the horror movie The Presence in 2010.

In the next decade Mira appeared in films Angels Crest, Union Square, The Trouble with Cali, Smitty Trade of Innocents, Space Warriors, Perfect Sisters, QuittersDo You Believe?, and played the role of Monica in Chloe and Theo. 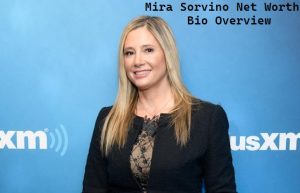 Sorvino gained stardom on the big screen with her notable role of Janine Cullen in the 2016 thriller film Exposed.

She continued to earn more fame for her roles in The Red Maple Leaf, 6 Below: Miracle on the Mountain, Waterlily Jaguar, and the psychological horror movie Look Away.

She appeared as Detective Erica Shotwell in the 2019 Netflix film Beneath the Leaves and then starred in Butter in 2020. At the end of 2020, the comedy film Most Guys Are Losers was released in which Mira played the role of Amy.

In 1992 Sorvino made her television debut appearing in the drama series Swans Crossing. She then starred in Parallel Lives (1994) and the BBC miniseries The Buccaneers (1995).

The biggest breakthrough moment of her career came in the television industry when she became the cast in the popular HBO television movie titled Norma Jean & Marilyn in 1996.

She played the role of Marilyn Monroe in the film and her performance was highly acclaimed as well as earned her various accolades.

She then starred in the TV film adaptation of The Great Gatsby in which she portrayed Daisy Buchanan in 2000. Later in 2003 she got a role in an episode of Will & Grace and followed it up with her appearance in the 2005s Human Trafficking miniseries.

From 1996 to 1998 Mira Sorvino dated filmmaker and director Quentin Tarantino. The couple first met during the 1995s Toronto International Film Festival and from there they began dating.

Quentin escorted her to the 68th Academy Awards where Mira won Best Supporting Actress for her role in the 1995s film Mighty Aphrodite.

In 2003 Mira Sorvino met Christopher Paul Backus at a Charades party and soon the couple began dating. In the following year, Sorvino and Christopher married in June of 2004 in a private ceremony at the Santa Barbara courthouse, followed by a mountain top tradition in Capri in Italy.

In 2004 the couple welcomed their first child a daughter named Mattea Angel. Later in May of 2006 their son Johnny Christopher King was born and then they welcomed their second son Holden Paul Terry Backus in 2009.

In May 2012 Mira gave birth to her second daughter named Lucia. They have 4 children and the family is living a luxurious lifestyle in Lose Angeles, California.

Mira Sorvino has a net worth of $16 million and she can afford expensive properties. In 2007 she spent $1.58 million on a duplex penthouse which is located in one of the posh areas on New York City’s Upper West Side.

The house features 2 bedrooms, a modern kitchen and lots of other things. In 2012 Mira eventually sold this house for $1.7 million.

As of 2022, Mira Sorvina Net Worth is estimated to be around $16 million, making her one of the most successful actresses in the American entertainment industry.

She earned the bulk of her fortune in the early 1990s from her appearances in numerous super hit movies. According to some reports, Sorvino’s per film salary is roughly $3 million and the actress has garnered a pretty well amount from her work in films and television series.

There is not hidden that the main source of her revenue comes from her acting salaries as well as her work as a producer.

Sorvino first came to the spotlight after playing the immense role of Linda Ash in Woody Allen’s Mighty Aphrodite in 1995. Since then she starred in numerous big-budget films.

Her source of wealth also comes from brand endorsement and television commercials. She first provided her vocals for Nivea Lotion’s commercial and then endorsed Diabetes Co-Stars along with her father Paul Sorvino.

What is the age of Mira Sorvino?

Mira Katherine Sorvino was born in Manhattan, New York City, on the 28th of September 1967, she is 54 years old.

How much does the Mira Sorvino have a net worth?

How much does Mira Sorvino earns?