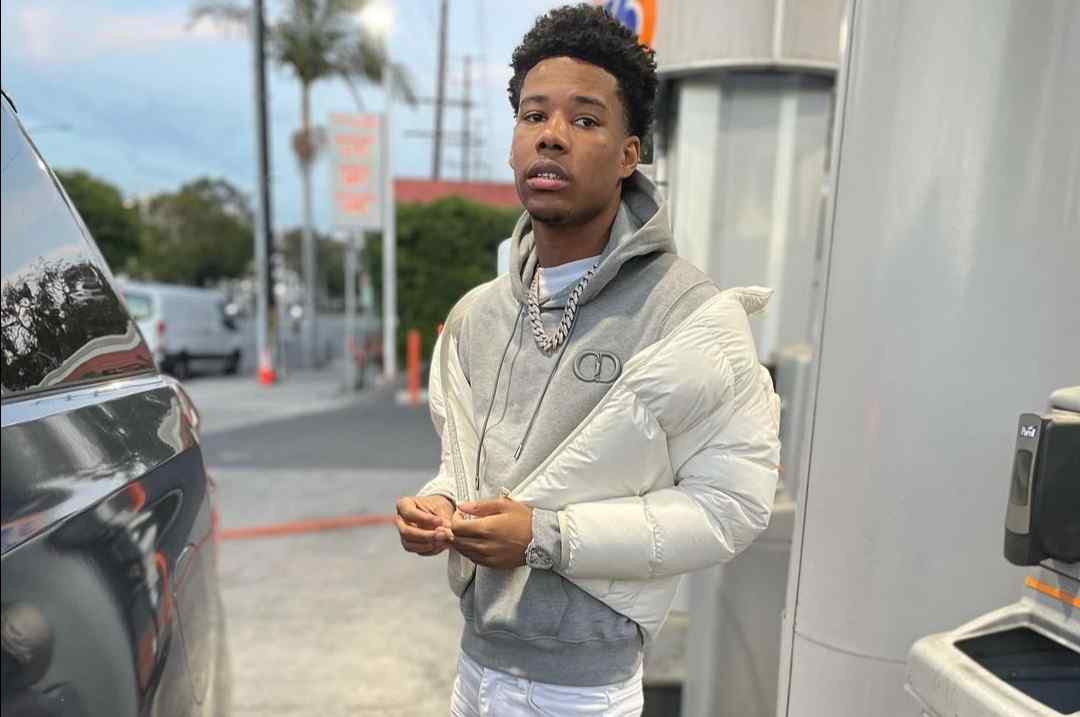 Nardo Wick Net Worth: Nardo Wick is an American rapper from Jacksonville, Florida, who has a net worth of $2 million US as of 2022. He is just at the beginning of his rap career and he still somehow managed to find the blueprint for success when it comes to the hip-hop game.

Nardo rose to fame with the release of his 2021 single Who Want Smoke?, which marked him as the next big thing to emerge out of Jacksonville. The biggest breakthrough moment of Wick’s career was when the remix version of that track was released. He collaborated with fellow rappers G Herbo, Lil Durk, and 21 Savage. The music video has garnered millions of views on YouTube.

Now this young rapper is on the threshold of what will no doubt become an extremely successful career and to think it all started with a $40 mic and his desire to escape the Jacksonville street life. So without any delay, let’s take a look at the total net worth of Nardo Wick his income sources, career, biography, lifestyle, and a lot more.

Nardo Wick was born Horace Bernard Walls III on the 30th of December 2001, in Jacksonville, Florida. As a child, he quickly came to realize that he was going to be a product of his rather deadly environment. When Wick was only nine years old, his mother would be ripped away from him and placed into the penal system for scamming. As for his father, he made his early living selling drugs on the streets.

Wick discovered his passion for music at an early age and at the age of 14, he began rapping. Before that, he was also interested in sports and used to football a lot. While growing up he would steal from people just to get by, after doing so he would regularly come back home at night with thousands of dollars in cash.

When Wick was no older than a kid, his dad had introduced him to artists like Gucci Mane, Lil Wayne, as well as Future, by the time he was 14. Wick had found his favorite rapper with the names like Kodak Black, Lil Durk, and Chief Keef. For the next couple of years, Wick would relentlessly pursue artist interviews on YouTube and learn as much as he could from the way they spoke and composed themselves.

Nardo Wick started his professional career with the help of his dad and he began writing recording and producing music from the comfort of his very own home. From the beginning, Wick spent $40 to buy a microphone to start pursuing a career.

His dad not only built him a recording studio in Wick’s bedroom piece by piece but taught himself how to engineer music so that he could help his son become the rapper that he always wanted to be.

Once he was knee-deep in recording, Wick would finally begin to release tracks in the early stages of 2020. He dropped his debut single Lolli, and then released Slide and Face Shot in May of 2020. Came Up would be his next single to see release in September 2020. The turning point of his career came out in January of 2021 when Nardo Wick released the hit single Who Want Smoke?.

Wick was so deterrent to ensure that this video popped that he shot it twice when he realized that the first edit included so many guns and firearms that it wouldn’t be possible to promote on social media. When the reshot video was finally released it found considerable success but it was the track’s popularity on TikTok that would help bring its stream count up to over 10 million in a matter of months.

On April 23, 2021, Wick again came up with the release of another track Shhh. After that, Wick continued the drop single after single to keep his name buzzing. As 2021 carried onwards tracks like Knock Knock and Pull Up would see release as Wick was even recruited to appear on the soundtrack to the Oscar-Winning film Judas and the Black Messiah, where he provided the song called I Declare War.

By the end of the year, Nardo Wick came up with the remix of the single Who Want Smoke? with the brand new music video directed by Cole Bennett. This remix would take the single from a viral sensation and turn it into a top 17 hit on the Billboard Hot 100, as well as being certified platinum by the RIAA. The track also leads to a particularly juicy recording contract with RCA.

Unfortunately in August of 2021, Wick and a couple of his associates were arrested by the U.S. police due to concealed weapons charges. Shortly after, Nardo was released and started recording his debut album called Who Is Nardo Wick? In December 2021, the album was released and became successful by selling over 30,000 copies in its very first week. 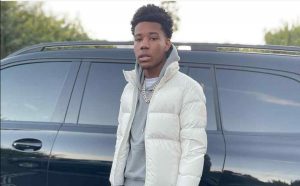 Nardo Wick seems too big to love luxurious SUVs, like every rapper, so let’s talk about his car collection. Nardo being that young and having so much cash and needs luxurious cars to drive. He is the owner of the Lamborghini Urus which is considered one of the fastest SUVs in the world that he bought in Matte Black with a red interior. The cost of the car is about $250,000.

He also loves Rolls Royce Cullinan which he has in black with customized rims and the price of the car can go up to $500,000. He owns a Jeep Grand Cherokee Trackhawk in Matte Black, and the cost of the car is around $100,000. Mercedes Maybach GLS 600 seems to be the last car in his garage which costs around $200,000.

As of 2022, Nardo Wick Net Worth is estimated to be around $2 million US. He is one of the rising American rappers from Florida, who is signed to Flawless Entertainment and RCA Records.

He is best known for songs like Who Want Smoke?, Me or Sum, etc. At an early age, his music is keeping getting better and better and his net worth is growing regularly. Nardo Wick’s annual salary is roughly $400,000. The main source of his income comes from the music industry such as album sales, deals with popular labels, hit singles, as well as collaborations with other artists.

Wick has collaborated with many artists for their songs including, 42 Dugg’s Opp Pack, GMO Stax’s Da Drop, Doe Boy- G Herbo’s Opp Party, and Latto’s single Stepper. The rapper has a YouTube channel where he uploads his music videos and generates millions of views.

What is the age of Nardo Wick?

How much does Nardo Wick make?

How much is the net worth of Nardo Wick?