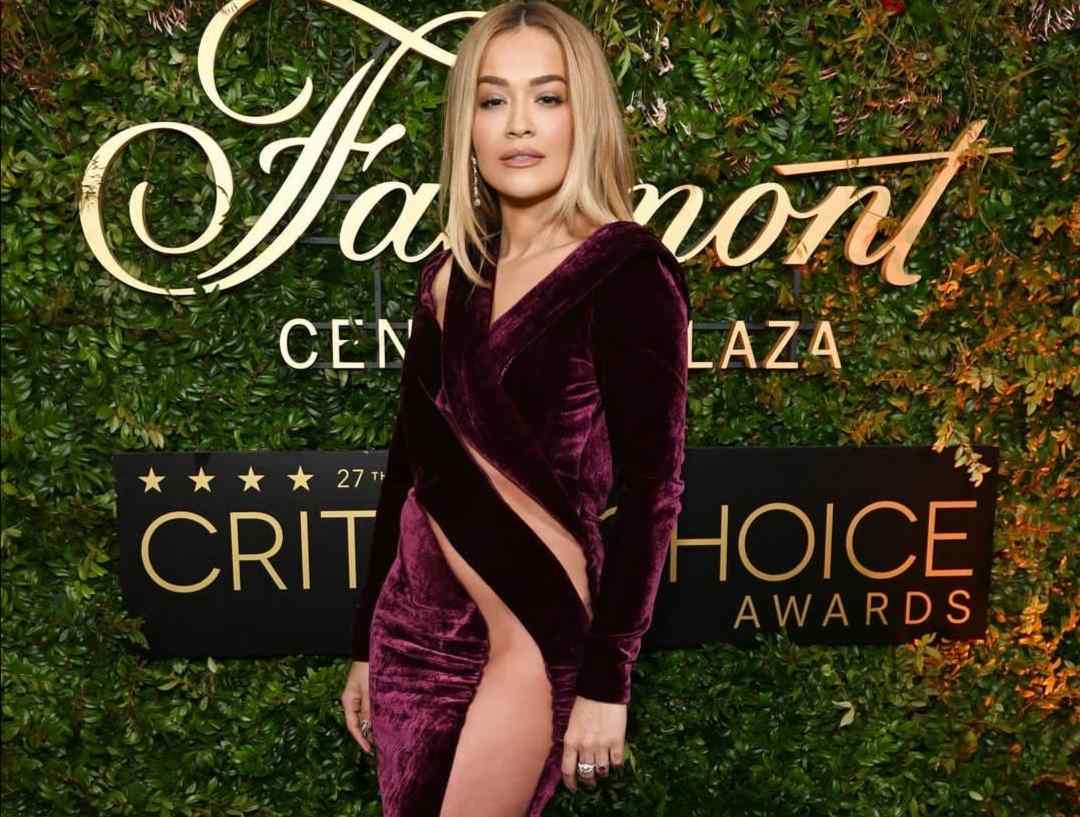 Rita Ora Net Worth: Rita Ora is a well-known English singer, songwriter, and actress who has a net worth of $30 million US as of 2022. She is one of the most beautiful and successful female singers in the United Kingdom and has managed to earn a lot of fame as a solo artist. Apart from having success in the UK, she gained popularity all around the world via releasing numerous hit tracks and most of her singles became high-charting hits.

Rita Ora rose to fame after being featured on DJ Fresh’s hit track, Hot Right Now reaching #1 in the UK. She then gained further recognition after dropping her debut album entitled Ora which became a massive success and debuted at #1  in the UK. Rita Ora established herself as one of the most prominent singers in the country by releasing several hit tracks. So here is everything you will find the total net worth of Rita Ora her salary, income sources, career, biography, luxurious lifestyle, and a lot more.

Rita Ora was born Rita Sahatçiu on the 26th of November 1990 in Pristina, SFR Yugoslavia (Today Kosovo). She grew up alongside her older sister Elena and a younger brother named Don. After the birth of Rita Ora, her entire family decided to move to London, England in 1991. Her father Besnik Sahatçiu is an Economist and a pub owner while her mother Vera Sahatçiu (née Bajraktari) is a Psychiatrist. She is of Albanian descent on her parent’s side.

Her born name is Rita Sahatçiu which translates to “watchmaker” in Turkish, although her parents decided to change the surname to “Ora” so it could be smoothly pronounced by Londoners. After moving to London, Rita discovered her passion for performing arts and started singing at an early age. To pursue a career in the field of music, she attended Sylvia Young Theatre School while growing up in Notting Hill, in West London. She then attended St Charles Catholic Sixth Form College.

Rita Ora started her professional music career in her father’s pub during open mic sessions. She then went on to audition for the 2009s Eurovision Song Contest, although she briefly performed there and then quickly left the show to take her career to another level. That was the same time when her music helped her to grab the attention of several popular labels and Rita eventually signed a deal with Roc Nation which is a US-based record label. Under the record deal, she quickly started working on her solo album.

The biggest breakthrough moment of Rita Ora’s career was in 2011 when she was featured as the main vocalist on DJ Fresh’s hit track Hot Right Now. The single went viral and debuted at #1 on the UK charts. With the help of that single, she started gaining attention and began on tour in support of her upcoming first project. From her upcoming album, she dropped some early tracks including, R.I.P., How We Do (Party). Both of the singles became successful in topping the UK charts and earned her worldwide recognition.

On August 27, 2012, Rita finally came up with the release of her debut studio album, Ora. The album was released under the label Roc Nation and it debuted at number one on Scottish Album Charts and UK Album Charts. Moreover, Rita also received MTV Europe Music Awards nomination for Best New Artist in 2012.

In the following year, she released various singles as well as announced that her second album shows a different direction to a “party girl”. After there Rita decided to leave the Roc Nation contract by stating that the record was stopping her from releasing another project. She finally switched from Roc Nation to Atlantic Records. 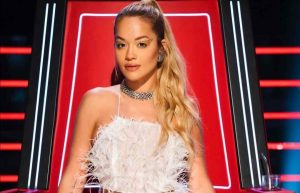 In 2017, Rita dropped her debut solo track in nearly 2 years, entitled “Your Song”. It was the lead single from her second album and became a hit peaking at #7 in the UK. In the very next year, she contributed the single For You to the soundtrack of the romantic movie Fifty Shades Freed.

In 2018 Rita finally released her second studio album, Phoenix which included hit singles such as Let You Love Me. With the support of her second album, she went on tours throughout 2019. That was the same year when she contributed the single Carry On to the soundtrack of the mystery film Pokemon: Detective Pikachu.

At the end of 2019, Rita announced that she had started working on her upcoming third studio album, however, due to the Covid-19 pandemic of 2020, it was forced back indefinitely.

Apart from being a successful career in the music world, Rita also made a name for herself in the entertainment industry by appearing in films. Aside from her contribution to the soundtracks of the films, Rita also appeared in the movies Fifty Shades Freed and Pokemon: Detective Pikachu.

In 2004 she first became the cast member of the British crime film Spivs in which she played the role of Rosanna. Rita starred in some television shows like The Brief and Funny or Die.

The big source of Rita Ora’s income is coming from multiple brand endorsements which she promoted throughout her successful career. She is one of the lead choices for multinational companies and a lot of brands want her to become their brand ambassador. She featured in commercials for her record label Roc Nation and Skullcandy Headphones back in 2010.

The following year she signed an endorsement deal with Calvin Klein’s CK One line. It was in 2013 when Rita Ora became the brand ambassador of the lead Italian sneaker brand called Superga. In the same year, the popular singer Madonna sign Rita to endorse her apparel line named Material Girl. That same year, she collaborated with Rimmel to endorse 2 makeup lines.

In 2014, Rita signed with Donna Karan to promote two apparel lines and also began endorsing their fragrance DKNY My NY. She also featured in the commercial of Marks & Spencer and then promoted Roberto Cavalli’s A/W release. That year, she became the newest face of Roberto Cavalli’s Autumn/Winter 2014 campaign.

Rita Ora is one of the top fashion models in the country and has teamed up with several designers such as Adidas Originals line. She also worked as a fashion designer for articles for big names like apparel, footwear, and accessories.

She served with Tezenis an Italian brand, for an all-new signature lingerie capsule pack in 2016. After two years, Rita Ora collaborated with designer Giuseppe Zanotti to launch a capsule footwear collection. In the very next year, she came up with the release of her own collection for Escada.

Rita Ora has been able to spend millions of dollars on her expensive lifestyle as she bought a 6-bedroom house. She gifted that home to her parents which cost around $1.4 million. She stated that her parents want to live in a peaceful and nice place so she bought this lavish property for them and it is located in North London. When the house was purchased it costs her 1.15 million pounds but later it goes up to 1.6 million pounds in 2020.

Rita started her career at an early age and after getting a success she bought a mansion in Kosovo for her parents in 2009. According to a report, the price of the property is 1.5 million pounds although her parents spend most of their time in their London house. They often visit their Kosovo mansion.

Later in 2019 the beautiful singer Rita Ora paid 3.25 million pounds for her lavish six-bedroom house which is located in one of the posh areas of West London. The property is an exclusive area in a neighborhood close to several stars, including the Beckhams.

Rita Ora owns many luxurious cars such as she has Toyota Aygo which was worth around $20,000. She often takes this car for a drive around the town for sopping. The second one is an exotic McLaren MP4-12C which cost her around $239400. The beautiful singer has some more expensive cars in her garage which include, a Jaguar F type, Range Rover, Kia, Volvo, and more. 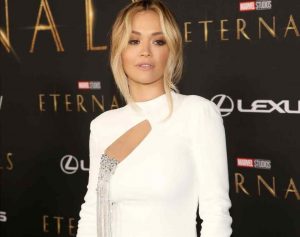 As of 2022, Rita Ora Net Worth is estimated to be around $30 million. She is one of the highest-paid singers in the British music industry and has released numerous hit tracks. Her income source mainly comes from her music career in which she already has earned a pretty good amount of money.

Album sales, live concerts, tours, hit singles, and collaborations with high-profile artists are the primary source of her revenue. Rita has a YouTube channel where she has managed to earn billions of views every month. She created her channel back in 2006 and now the singer has more than 4 million subscribers.

The turning point of Rita’s career was in 2012 when she was featured on “Hot Right Now” by DJ Fresh. This hit single earned her wider recognition all around the world. In 2012 Ora became the artist who has the number-one track on the UK Singles Chart, reaching three top position singles. Rita Ora’s annual income is roughly $2 million and her net worth is growing every year.

How much is the worth of Rita Ora?

How much money does Rita Ora make?

How old is Rita Ora?

Rita Sahatçiu was born on November 26, 1990 in Pristina, SFR Yugoslavia (Today Kosovo), she is 31 years old.