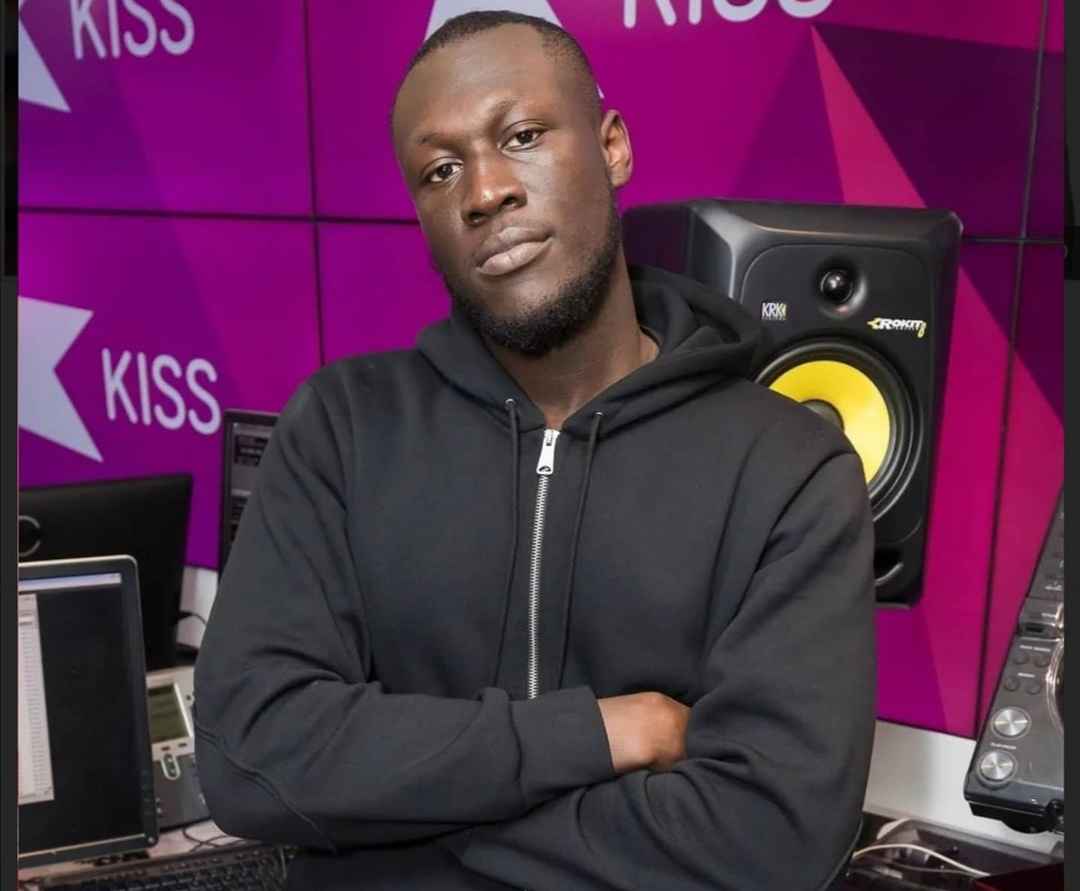 Stormzy Net Worth: Stormzy is a British rapper, singer, and songwriter from Thornton Heat who has a net worth of $25 million as of 2022.

His real name is Michael Ebenezer Kwadjo Omari Owuo Jr., better known by Stormzy, The Problem, Stiff Chocolate, Merky, Wicked Skengman, and Big Mike. Back in 2017 he came up as the new face of grimes and blew up online with 47 million views for his hit music video.

Stormzy has won several awards during the brief life of his career so far and also won the Best Grime Act at the MOBO Awards in both 2014 and 2015. He also grabbed the attention of legendary rappers and got big shout-outs from Wiley, Drake, and Kanye West, and even impressed the likes of Ice Cube with his rap skills.

He came to the limelight in 2014 and since then Stormzy gained a lot of popularity in the underground music game. Stormzy rose to fame after the release of his breakthrough single, “Shut Up” which reached #8 on the UK Singles Chart.

So today we are going to talk about the total net worth of Stormzy his salary, income sources, career, biography, luxurious lifestyle, and much more.

Stormzy was born as Michael Ebenezar Kwadjo Omari Owuo on the 26th of July 1993, in Thornton Heath, South London. He was raised in a god-fearing household with brothers and sister and is of Ghanaian descent.

Stormzy started rapping at just 11 years old winning freestyle battles with much older boys at his local youth club. Young Michael grew up on Grimes music in an era when that scene was dominated by acts like Dizzee Rascal and Wiley.

Michael and his friends began sharing the latest tracks from Krept & Konan. As a kid, he admits he was proper naughty. He attended Harris Academy South Norwood and was excluded several times.

He was finally expelled in the eighth grade but despite getting into trouble, he was a good student. He consistently got good grades got into college and had designs to get a real job as a project engineer. As far back as 2010, he was recording himself rapping and started his YouTube channel.

The oldest video still available on his channel is a music video uploaded on June 18th, 2011. He continued to pump out several new music videos every year and at the same time, his channel was only receiving a couple of hundred views per day. After three years of plugging away on YouTube, he had less than 500 subscribers.

Around this time he studied for an apprenticeship at Leamington Spa and then worked in quality assurance at an oil refinery in Southampton for two years. After living outside of London for two years Stormzy was eager to return to the city and take his music career to the next level.

Stormzy decided to build a serious music career for himself and the first was released the song titled, “WHERE YOU HAVE BEEN?” in November of 2013. The song was then instant success and even the video racked up more than a million views.

By the spring of 2014, he went from getting a few hundred to a few thousand hits per day on his channel. This was enough of an indication for Stormzy that he had a real shot to make it in the music business.

His real music career started when he started gaining the attention of his freestyle ‘Wicked Skengman’ in the UK underground music scene. In 2014, Stormzy dropped his debut EP titled, “Dreamers Disease”.

It was the same year he made his multiple appearances as a featuring artist in the music videos of several rappers including, “Hugs & Kisses” by Professor Green and “I’m Fine” by Chip and Shalo. In the very next year, Stormzy released another track titled, Know Me From which went viral by reaching #49 on the UK Singles Chart.

Stormzy’s new single “Big For Your Boots” hit number one on the UK R&B charts matching the success of his most familiar song “Shut Up”, which began as a freestyle in the over XTC’s Functions on the Low instrumental. The song became the biggest breakthrough of his career and charted at 59 on the UK list.

After that, he started getting recognition all across the music industry and got offered to feature in numerous remixes such as “Ain’t On Nuttin” by Yungen, “The Greatest” by Raleigh Ritchie, and “Chains” by Nick Jonas. He also collaborated with Youngs Teflon, P Money, and Big Narstie.

In early 2016, Stormzy dropped his album’s track  Scary and made his appearance in the remix single of Feed ‘Em to the Lions with other artists like Wiley, Tempa T, and Fekky. He continued to team up with numerous rappers and musicians and was featured in several tracks.

Back in 2017, Stormzy released his very first studio album called, “Gang Signs & Prayer” which explored both his faith and his life on the streets. The album became the first independent record to reach the top of the British album charts as well as the first grime album to do so as well.

Suddenly Grime had found its first true mainstream star. In 2019 Stormzy became the first Grimac to ever headline the British Glastonbury Music Festival and it was one of the biggest accomplishments in a career that’s already chopped full of such things. After his initial success, Stormzy has thrown all of his support behind black artists, creating several initiatives to ensure they succeed.

He also has launched a new imprint named #Merky Books which is a publishing imprint under Penguin Random House UK that will focus on black authors. He also partnered with the University of Cambridge to launch his scholarship which funds the tuition fees and living expenses of two black students during their studies.

Beyond that Stormzy hopes to launch his own television company as well and sadly didn’t get to produce a series for his favorite novel because the BBC got to the rights first. 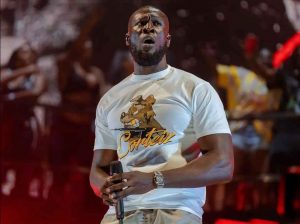 Since dedicating himself full-time to music, he is received no shortage of recognition and accolades. In 2014 he won the Best Grime Act at the MOBO Awards and took home the same prize again the following year.

He also won the Best Video award for “Know Me From” at the Rated Awards, The Times Breakthrough Award for the South Bank Sky Arts Awards, and the Innovator Award from the AIM Independent Music Awards.

As of 2022, Stormzy Net Worth is estimated to be around $25 million. He is one of Britain’s most successful musicians in recent memory. He is also the ambassador of grime, a genre of music that emerged out of the multicultural streets of London in the early 2000s.

Stormzy’s own rise to fame has happened nearly as quickly, over the past handful of years he is racked up a bunch of awards, a number one album, and he became the first Black Solo Artist ever to headline Glastonbury.

Stormzy gained huge popularity after the release of his studio album, Gang Signs & Prayer which peaked at the top spot on the UK Albums Chart, becoming the first-ever Grime music album.

Some of his most popular works which earned him recognition include, Know Me From, Scary, Birthday Girl, Shut Up, as well as he won the 2018 Brit Award for British Male Solo Artist. The main source of his income comes from his passion as a rapper singer and songwriter.

He accumulated a lot of wealth from the music industry and his YouTube channel. In 2016 he was featured in a television commercial for the sportswear giant, Nike. Stormzy’s annual income is roughly $2 million and the rapper has amassed a huge 25 million dollars.

Furthermore, he has a YouTube channel where he garnered over 2 million subscribers.

What is the net worth of Stormzy?

Stormzy Net Worth is currently $25 million.

How much money does Stormzy make?

What is the age of Stormzy?