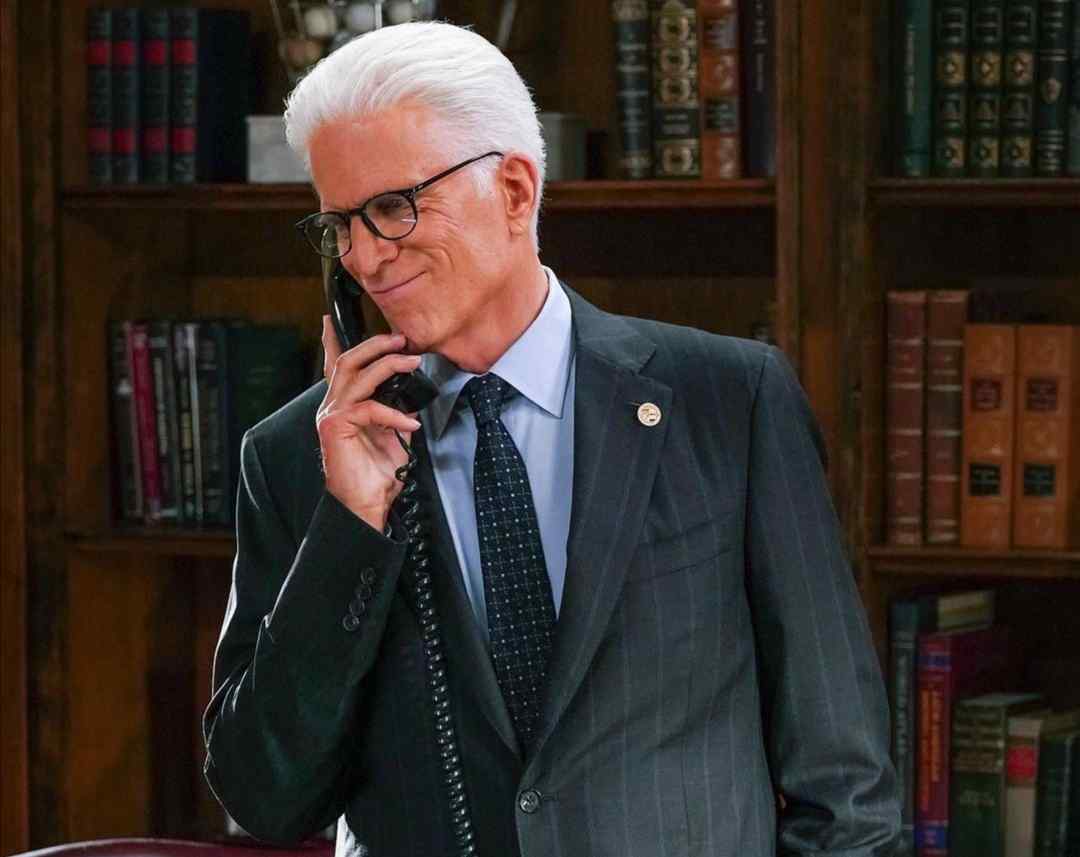 Ted Danson Net Worth: Ted Danson is a well-known American actor and producer who has a net worth of a whopping $80 million as of 2022. He rose to fame after playing the iconic role of womanizing bartender Sam Malone on NBC’s show Cheers in which he appeared from 1982 to 1993.

He has received several accolades for his outstanding performance as well as earned three Golden Globes Awards and won two Primetime Emmy Awards as well as been awarded a star on the Walk of Fame in Hollywood.

Danson gained further recognition for his appearance on shows including, Becker, The Good Place, and CSI. The actor has been working in the film and television industry for many decades and has established himself as one of the lead and most prominent celebrities at an early age.

After being cast in the 11-year-long sitcom, he started getting more offers for many big projects which made him a millionaire. So today we are going to talk about the total net worth of Ted Danson his salary, income sources, career, biography, luxurious lifestyle, and a lot more.

Ted Danson was born Edward Bridge Danson III on the 29th of December 1947, in San Diego, California. He grew up along with his older sister named Jan Haury in Flagstaff, Arizona.

His father Edward Bridge Danson, Jr. was an Archaeologist and Museum Director from 1959 to 1975. While his mother’s name is Jessica Danson, she died due to pneumonia in 2006. Danson developed an interest in sports at an early age and he attended a prep school Kent School in Connecticut where he was a star player on the basketball team.

In 1975, Ted Danson got an opportunity to show his acting skills in NBC’s daytime soap opera Somerset where he portrayed contract player the role of Tom Conway from 1975 to 1976.

The following year, he was cast as Dr. Mitchell Pierson on the daytime soap opera series The Doctors. That was the same time when Danson grabbed the attention of television ads and he started appearing in various commercials such as the lead Estee Lauder fragrance brand called Aramis.

He then made his guest appearances in various TV shows from the late 1970s and early 1980s, the show are including, B.J. and the Bear, Laverne and Shirley, Family, Taxi, Benson, Tucker’s Witch, Magnum P.I., The Amazing Spider-Man, and many more.

1982 was the breakthrough moment of Ted Danson’s career when he became the cast member of the NBC sitcom “Cheers” where he portrayed Sam Malone, the womanizing retired baseball player. The show later became successful and it was one of the top shows airing on TV at the time in 1986, but in its first season, it had poor ratings. The last episode of Cheers was released on May 30, 1993, and the show ran for a total of 11 seasons.

The show’s finale became the second most-watched finale in history at the time by earning more than 80 million views. On top of that, Ted Danson has received many accolades and awards for his performance on “Cheers” which includes, 9 nominations for the Golden Globe and 11 nominations for consecutive Emmy, winning two of each award.

After getting huge success from the Cheers, Danson decided to begin his career in the drama industry and starred in the 1984s television film Something About Amelia. The film became a hit and the actor won a Golden Globe Award in the category of Best Actor in a Miniseries or Television Movie.

Along with his real-life wife Mary Steenburgen, Danson appeared in the short-lived CBS show entitled Ink as well as the acclaimed miniseries of Gulliver’s Travels. The hit show Cheer was produced by Paramount Television and the company again produced the CBS sitcom “Becker” in which Danson became the cast member. He played the role of Dr. John Becker in this popular sitcom which ran for six seasons from 1998 to 2004.

From 2009 to 2011, Danson was cast as George Christopher on the HBO sitcom Bored to Death, and then continued to appear in several shows such as CSI: Crime Scene Investigation, CSI: Cyber, the NBC sitcom “The Good Place” alongside Kirsten Bell and 2015s black comedy crime Fargo.

Apart from earning a name and fame in the television industry, Danson also gained recognition in the American film industry by appearing in several hit movies. Some of the most popular films by Ted Danson are including,

Ted Danson and actress Randall Gosch started dating back in 1969. In the very next year, the two got married and after 5 years of relationship, they separated and divorced in 1975.

In 1976, Danson met with producer Cassandra Coates and shortly after they began dating. On the 30th of July 1977, they married and were expected their first child together after two years of their wedding. But, on December 24, 1979, Coates suffered a stroke while giving birth to a daughter named Kate Danson.

After a year, Danson and Cassandra adopted a girl named Alexis Danson, born in 1985. In 1993, the two decided to split up and filed for a divorce after being married for over 15 years. Their separation became one of the most expensive celebrity divorces of all time costing him 30 million dollars.

From 1976 to 1993, Ted Danson was in a relationship with actress Whoopi Goldberg and that became the reason for Danson’s and Cassandra Coates’s separation.

The American actress Mary Steenburgen was the next lady who came into Ted Danson’s life in 1994. In early that year the two met and started dating, and soon after they decided to tie the knot.

On October 7, 1995, their marriage ceremony was held at Martha’s Vineyard and many celebrities attended their wedding including Tom Hanks, Laura Dern, Woody Harrelson, and Bill and Hillary Clinton. Actress Mary Steenburgen also has two kids, Lilly and Charlie, from her previous relationship with actor Malcolm McDowell.

Ted Danson and his wife Mary Steenburgen married in 1995, the couple has been able to buy luxurious properties. They own several properties all across the country.

In 2005 the two bought an expensive 9 acres house for $4.5 million which they later sold in June of 2019 for 8.75 million dollars, the house is located in the beautiful area of Ojai, California. Another property in Ojai was purchased by Danson back in 2017, for 2.4 million dollars.

Moreover, the couple paid $3.5 million for a lavish house in Santa Monica, California, and then they purchased the mansion next door for more than 5 million dollars to build a considerable personal compound in January 2019.

Ted Danson and Mary Steenburgen spent money for the six-acre multi-residence property in Martha’s Vineyard and then a bungalow which is situated in Nashville. 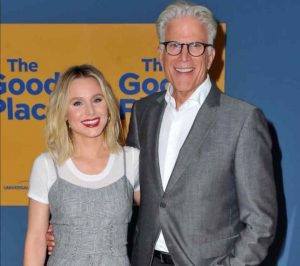 As of 2022, Ted Danson Net Worth is estimated to be around $80 million. He is one of the richest and top-paid actors in the American television industry and has done his work in numerous hit shows.

The turning point of Danson’s career was when he appeared in the popular show Cheers which led him to become the highest-paid actor on TV making $450,000 per episode in the final seasons.

According to some reports, in seasons nine, ten, and eleven, Ted Danson has accumulated a total salary of an estimated $12 million per season. As of today’s date, that income goes up to more than 25 million dollars per season.

After that Danson gained recognition for appearing on the CBS drama CSI, from 2015 to 2015, where his per episode salary was 250,000 dollars, Ted Danson has earned a vast chunk of $21 million in annual earnings from starring in 86 episodes.

His salary was $500k at the rise of his time on the sitcom Cheers. Ted Danson’s current annual income is more than $10 million.

What is the age of Ted Danson?

Edward Bridge Danson III was born on the 29th of December 1947, in San Diego, California, he is 74 years old.

How much is the worth of Ted Danson?

How much Ted Danson is making?

Ted Danson has been working in the entertainment business for many years and he has done endorsement work for numerous brands including, Aramis colognes, Head & Shoulders, Encore Coffee, Colt 45 Malt Liquo, Heifer International, Smirnoff Vodka, Cigna Health Insurance, Xfinity, Hulu, American Express in 2016, and many more.