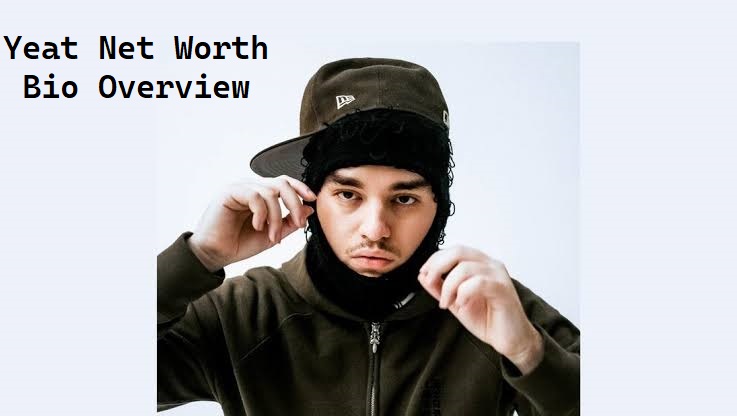 Yeat Net Worth and Salary: Yeat is an American rapper, songwriter, and producer from Irvine, California, who has a net worth of $3 million as of 2022. He is one of the most talented and up-and-coming rappers artists in the country.

His real name is Noah Olivier Smith professionally known by his stage name Yeat. The rapper came to the spotlight in 2021 when he released his mixtape 4L along with his debut studio album titled Up 2 Më.

YEAT has always believed himself predestined for a music career, so it’s no surprise that his sugary, auto-tuned melodies, distinctive vocals, and wild production choices have allowed him to flourish over the past few years.

After releasing two albums in 2021, along with an astounding number of hit singles, YEAT is finally seeing the type of exposure he’s long been searching for. His music helped him to grab the attention of some big names in the hip-hop industry including Lil Yachty, Drake, and many more.

Yeat became an internet sensation especially on the video-sharing platform Tik Tok when some of his hit singles Sorry Bout That”, Money Twërk, and Monëy So Big, went viral.

Yeat was born Noah Olivier Smith on the 26th of Feburary 2000 in the city of Irvine, California. He was raised by a father of Mexican descent and a Romanian mother. Noah relocated to Lake Oswego, Oregon as a teenager where he attended Lakeridge High School.

As a kid, he tried his hand in sports at both basketball and soccer but quickly discovered that athletes were never really meant to be his calling. After that he got a little sidetracked when he started experimenting with drugs like acid and weed.

Eventually, he realized that taking too much of drugs would make him tired and extremely lazy and even started affecting his memory. So he finally got control of his habit and began focusing on what he wanted to accomplish. Noah says that he is inspired by some the artists such as Young Thug.

Noah first began experimenting with his own lyrics around the age of 15. He created a series of strange and inventive tracks that he later deleted from the internet. At this early point of his music career, Noah began rapping under the name of Lil Yeat. The origins of his moniker came from combining two words “Yeet” and “Heat.”

By the year 2018, Yeat released his very first mixtape titled Deep Blue Strips. His unique use of autotune quickly turned heads throughout the rap community. His music inspired several hip-hop names and he became one of the most promising acts in the rap game.
From that point forward Yeat’s career kicked into hyperdrive and he started gaining recognition. He’d released three more mixtapes in 2019 Including Wake Up Call which would lead to his first music video for the track Stay Up.
His second mixtape Different Creature was a collaborative effort with rapper Sibo and Yeat then ended the year by dropping I Am So Mee collaborating with other artists like Weezy and 1050 in the process.
In 2020 the rapper promised his fans that he would deliver Different Creature 2 but wound up creating two different extended plays instead. The first EP was released titled We Us which was quickly followed up by Hold On.

On the series of three mixtapes two of which included 20 or more singles, Yeat released an absolute barrage of new music.
On his second mixtape of the year titled 4L Year would unleash his single entitled Sorry Bout That. That track wound up becoming his very first major viral hit and also landed on the radar of the folks over at Interscope Records.
Interscope Records helped Yeat just in time to release his debut studio album called Up 2 Më. That project elevated Yeat’s career to a whole other level when he dropped the single Gët Busy which began making waves across social media. Moreover, it became one of the most popular songs of recent memory on Tick Tok.
As Yeat’s fame skyrocketed to new heights he continued to release new music. Despite releasing more than 5 dozen tracks in 2021 alone he released his second studio album 2 Alivë in Feburary of 2022.
That album became a commercial success and sold over 36,000 units as well as debuted at #6 on the Billboard 200. In addition, it became Yeat’s highest charting album.
Later the deluxe version of the 2 2 Alivë called 2 Alivë (Geëk Pack) was dropped on the 1st of April 2022. In the same month, he released the track No Handoutz under the
He released the single “Still Countin” on February 11, 2022, alongside a music video directed by Cole Bennett.[19] On February 18, 2022, Yeat released his debut album Internet Money Records.

As of 2022, Yeat Net Worth is estimated to be around $3 million. He is one of the rising rappers in the hip-hop game. The rapper has released 2 studio albums, 4 mixtapes, and 5 EPs.

Yeat earned himself success in the music industry in a short period and he quickly grabbed the attention of several labels with whom he signed including, Field Trip Records, TwizzyRich Entertainment, and Geffen Records.

The main source of his income comes from royalties, record sales, live shows, hit singles, collaborations with other rappers, as well as streams. Over the last couple of years, Yeat’s net worth is increasing regularly.

He would rise to fame after releasing his mixtape 4L and then gained further recognition with his debut album Up 2 Më. Yeat also has a YouTube channel where most of his music videos have garnered more than 10 million views.

How much is the worth of Yeat?

Yeat Net Worth is currently $3 Million.

How much money does Yeat make in a year?

How old is Yeat?