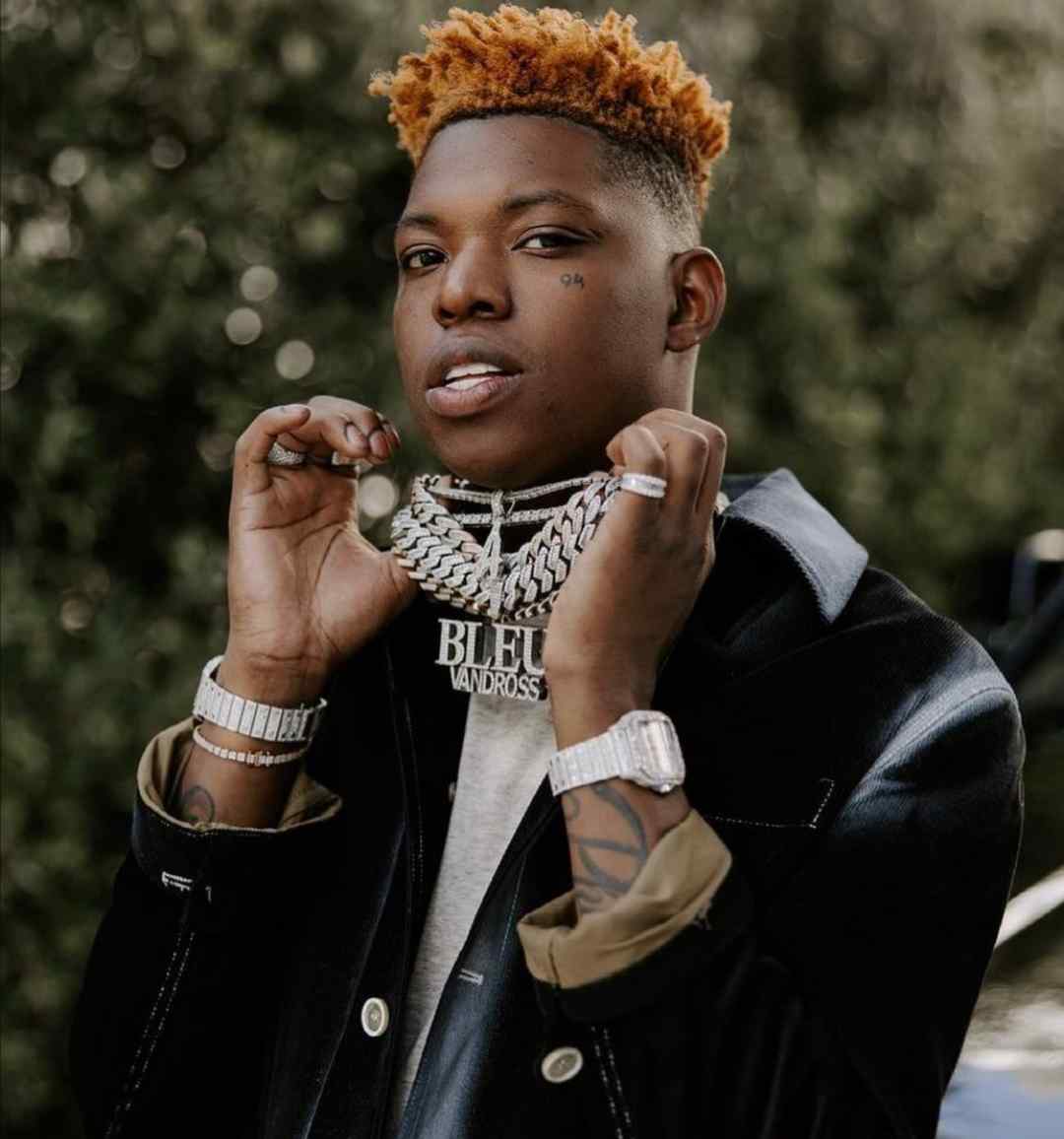 Yung Bleu Net Worth is estimated to be around $3 Million as of 2022. He is an American rapper, singer, and social media personality. Yung Bleu rose to fame when he released his hit single ‘Miss It’. That song even gained more views when he dropped the music video for the song on YouTube.

Yung Blue became one of the hottest artists in all of the hip-hop throughout the past few years, dropping hit songs like ‘You’re Mines Still’ featuring Drake on the remix. After that, he released several hit singles like ‘Ice On My Baby’ ‘Baddest’ ft Chris Brown, and many others.

Apart from that, The rapper is quite famous on social media such as Instagram, Twitter, and YouTube. So without any delay, let’s talk about the total Net Worth of Yung Bleu his income, earnings, assets, customized car collections, luxury lifestyle, career, biography, and some more interesting facts.

As of 2022, Yung Bleu Net Worth is roughly $3 million US.  He has gathered a vast chunk of wealth from his profession including album sales, streams, merchandising, and live performances. Besides, Bleu is also making a good sum of money from his investments such as being the owner of a restaurant named Gwen’s House.

The rapper has a big collection of jewelry as well as cars. Yung Bleu has a YouTube channel where he has over 1.7 million subscribers in which he earns handsome money. Yung Bleu’s annual income is over $600,000.

Yung Bleu was born on April 4, 1994, in Mobile, Alabama, United States, his birth name is Jeremy Biddle, better known by his stage name. Yung Bleu grew up in a very tough time when he was 18 Bleu lost his younger brother to gang violence.

Apart from that, Yung Bleu developed his interest in music at a very early age and he started rapping while in high school. His biggest influences are including, Tupac Shakur, Boosie Badazz, Lauryn Hill, and Luther Vandross. By the age of 11, he began listening to rapping and used to record his song with a Nokia phone.

Yung Bleu recorded his earliest mixtape ‘Hello World’ in 2013, which includes a hit single ‘Go Head’. Yet still, Blue didn’t see any type of National recognition that he thought he deserved.

Eventually, he moved on to a better place in Mobile, Alabama, where his musical style was noticed by Young Boss Entertainment. Under the Young Boss, Bleu released his mixtape titled ‘Investments’ on different online platforms such as Soundcloud.

Thanks to his relationship with Boosie Badazz, Yung Bleu got an opportunity to sign a deal with Columbia Records into Boosie Badazz’s label Bad Azz Music Syndicate.

Yung Bleu continued to drop entries in his ‘Investments series’ as well as the album Bleu Da Ruler. That album includes his first major hit single ‘Miss It’ which went viral and amassed over 83 million views on YouTube alone.

Later he also gained more recognition after he dropped a hit single called ‘Ice On My Baby’ in 2018. That one garnered over 80 million views on YouTube.

Eventually, in December 2020, Yung Bleu released the deluxe version of the later project which featured a remix with Drake titled ‘You’re Mines Still’.

That song peaked on the Billboard Hot 100 and earn the album a place on the Billboard hot 200. Bleu recently released his new song ‘Thieves In Atlanta’ ft, Coi Leray, and his hit single “Baddest” featuring Chris Brown and 2 Chainz.

When it comes to Yung Bleu’s wife, he is quite private about his personal life and has managed to not share anything about his family on social media. According to some reports, Yung Bleu has two sons, but we don’t have much information about their names.

Yung Bleu is very fond of expensive cars and he has a big collection of luxury cars in his garage. Bleu is the owner of cars including, the Ferrari SF90 Spider, Lamborghini Urus, A Jeep, Cadillac Escalade, Rolls Royce Cullinan, and more.  All of the cars are fully customized and wrapped in blue color.

How old is Yung Bleu?

How much does Yung Bleu make?

What is the worth of Yung Bleu?

How tall is Yung Bleu?

Which cars does Yung Bleu have?

Hey everyone, that brings us to the end of this content, if you like this where we discussed Yung Bleu Net Worth and his Biography. Then just share this kind of data with your friends and your social media forms, whoever enjoys recognizing the lifestyle and the bio of their legendary rappers. We like to read your opinion plus your responses and we will give a complete full report to you. Thanks.