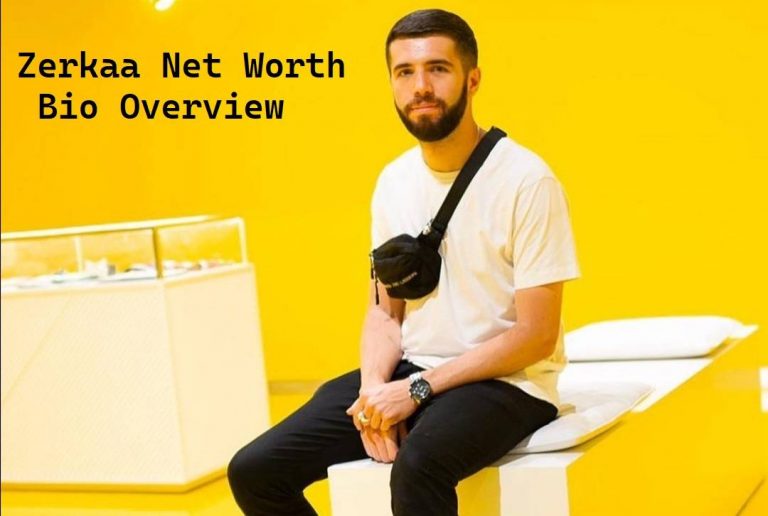 Zerkaa Net Worth and Salary?

Zerkaa is an English YouTube celebrity, internet star, and streamer from London, England, who has a net worth of $4 million as of 2023. He is best known for being the founding member of The Sidemen a YouTube collective. Zerkaa first gained popularity for his impressive content which he began posting on several social media platforms. Zerka is the oldest member of this popular collective The Sideman.

Zerkaa aka Josh has managed to gain a massive fan base on various platforms including YouTube, Instagram, and Twitter, where he has millions of followers. He has a self-titled YouTube channel where he often uploads videos of him playing famous games and pranking his buddies. He garnered more than 2.7 million subscribers on his gaming channel called ZerkaaPlays.

His real name is Joshua Bradley, he later adopted the nickname of Zerkaa. After being the founding member of Sideman his popularity increased all around the world. Zerkaa established himself in the list of ninth most influential online creators according to the British newspaper The Sunday Times.

The Sideman is a popular YouTube collection that included seven members like KSI, Miniminter, Wroetoshaw, Behzinga, TBJZL, Vikkstar123, and Zerkaa.

Joshua Charlie Joseph Bradley was born on 4 September 1992 in Bermondsey, South London. Josh has been heavily interested in the sport of football and while he may not have been as good at playing the sport as a fellow Sideman member Miniminter, he’s been a fan of Millwall F.C his entire life.

Moreover, Joshua has been a season ticket holder since 1998.

Joshua made his multimedia debut long before any other member of collective The Sideman ever dreamt of putting their face in front of the camera. When he showed up on an episode of the daytime magazine series called This Morning.

Joshua was just a kid at the time of this appearance and he was tasked with reviewing a film that he can’t seem to remember anything about anymore. Soon enough media production became a very big part of his life.

Joshua attended Bexley Grammar School from 2004 to 2009 while there he met his eventual future Sideman member Tobi Brown. Shortly after these two became good friends. During his secondary school, Joshua achieved some rather average grades in the General Certificate of Secondary Education.

He became one of the only Sideman to complete a post-secondary education by studying digital film production at Ravensbourne University where he graduated with an upper second class honors degree.

Zerkaa began his career on YouTube by uploading videos to his original channel which he started in late 2009. He kicked things off with a bunch of gameplay. On the other hand, KSI and Miniminter were concentrating on FIFA content.

Zerkaa’s early work consisted of action-packed modern 2 streams which must have played a part in him doubling his channel Zerkaa. , It took a very long time to ever show his face on camera, and even when he did make an occasional appearance he often wore a mask to hide his face.

After being a member of The Sideman he revealed his identity in late 2013. After revealing his face Zerkaa still did his best to protect his privacy by trying to trick his audience into believing his government name was Joshua Zerker. His experience creating modern 2 videos is what got him in the orbit of KSI who contacted him to edit some of his early gameplay streams.

From that point forward, Zerkaa introduced others to his childhood friend Tobi and after the majority of them got together to share a meal at Nando’s in late 2013, The Sideman was officially created.

In the very next year, Zerkaa moved into the original Sideman house, and while he was still more hesitant than others to put himself in front of the camera whenever he appeared alongside his new friends his content went viral. Zerkaa started earning millions of streams per video.

Over the years like other members of The Sideman, Zerkaa has transitioned away from primarily posting gameplay streams on his main channel to including vlogs and other comedy content including challenges.

On 25 August 2012, he created his second channel titled ZerkaaPlay where he regularly uploads clips of whatever game he happened to be playing that day. He found this channel in 2012 and over the following 10 years Zerkaa created two more channels including ZerkaaClips in 2020 which focuses on his Twitch streams as well as ZerkaaShorts which was launched by him in January of 2021.

Zerkaa has the most crossover appearances in the mainstream media that any other member of The Sideman. He collaborated with KSI to become the newest face of electric street racing in the United Kingdom. According to the recent news of The Sunday Times, Zerkaa is now the ninth most influential YouTuber in all over the United Kingdom.

In April of 2021, he joined the GTA roleplay server where he created his original character known as “Tommy Tate” which has only helped his already immense popularity grow even further.

In 2010 it was revealed that Josh is dating Freya Nightingale who is a social media personality. At the beginning of their relationship, the couple decided to keep it secret from social media.

Later Freya began appearing occasionally on Zerkaa’s vlogs. But Zerkaa still prefers to keep his relationship private from his fans.

Zerkaa is one of the top choices for several popular brands and has been endorsing them since he started his professional career. He has signed an endorsement deal with brands like PCS Specialist,  Elgato Gaming, and Custom Controllers which he promotes on his YouTube channels and social media platforms.

On top of that, he is endorsing brands including Belong Gaming Arenas, Google Stadia, PGA Tour 2k, PES Lite, KFC Gaming, FE Voltage, and Hyper Scape Gaming, among many more.

As of 2023, Zerk aa’s Net Worth is estimated to be around $4 million. He is one of the most popular content creators in the country and has garnered incredible popularity over a couple of years. After being part of The Sideman Zerkaa became a celebrity in the UK.

His popularity is increasing regularly and on the other hand, Zerkaa is expanding his business by launching new brands with the help of other members of The Sideman.

In 2017 Zerkaa launched his own merch line called ZRKLDN for which he is making a good sum. Along with other YouTube channels, he also runs a podcast named Homegrown.

Zerkaa has more than 4 million subscribers on his main channel and nearly 3 million fans on his second channel which is ZerkaaPlays. He made his appearance in shows such as The Sidemen Show, Formula E Voltage, and How To Be Behzinga. Zerkaa is earning over $500 thousand per year.

What is the age of Zerkaa?

Joshua Charlie Joseph Bradley was born on 4 September 1992 in Bermondsey, London, he is 30 years old.

How much does the Zerkaa have a net worth?

Zerkaa's Net Worth is currently $4 million.

How much does Zerkaa is making?

Zerkaa's annual income is over $500k.